Apparently, not all walls are racist – just the ones a country might, say, put around itself to keep out illegal aliens, terrorists, criminals, and others meant to do it and its people harm.

But while the physical barriers put in place to protect average citizens are evil constructs against black and brown folks, walls erected around the homes of elite white Democrats are perfectly acceptable – in fact, even commendable, and able to be built on your tax dollars.

Case in point: good ol’ Joe Biden, who ran a 2020 presidential campaign in part on the claim that the border wall construction promised and begun by his predecessor, President Donald Trump, was a xenophobic attempt to keep foreign-born refugees out of the country, is now building a border wall of sorts around his $3.4 million Delaware beach house, to the tune of nearly half a million dollars funded by American taxpayers. 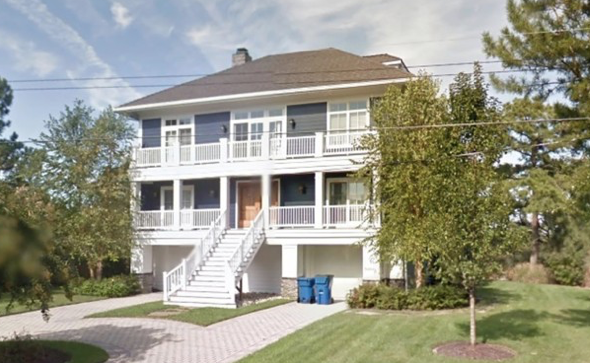 Fox News reports that “the Department of Homeland Security recently secured a contract to build a $456,548 tax-payer-funded security fence around the president's Delaware home,” expected to be completed by September.

Which is a lot sooner than the administration is expected to solve the ongoing border crisis, which saw a stunning and historic 1.7 million-plus illegal aliens apprehended crossing the Southwest U.S. border this fiscal year alone, in addition to hundreds of thousands seen crossing on surveillance but weren’t physically caught.

That would be the border crisis that Biden says he hasn't had time to go see for himself because he's been too busy "traveling the world."