The Biden Admin Just Hired This Guy To a Top Dept. of Energy Position - Really

The Biden administration just hired the guy in the middle of this photo - the one in the dress standing over a bunch of guys dressed like kinky dogs - to a top role in the U.S. Department of Energy: 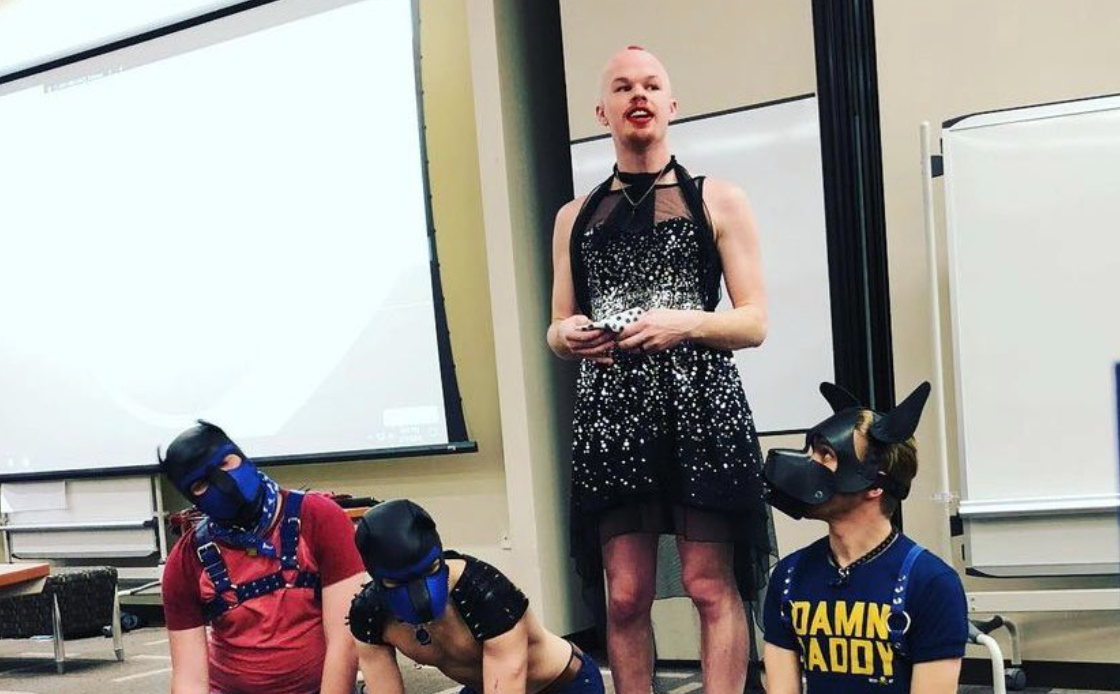 His name is Sam Brinton, and he’s been tapped as the newest deputy assistant secretary of spent fuel and waste disposition in the Office of Nuclear Energy. He’s a white male, holds a master's degree in nuclear engineering from MIT, and his hobbies include having sex with men dressed as dogs.

Brinton here is what’s apparently called a “pup handler,” which is a thing I didn’t know existed until now and desperately wish I didn't, and it means he likes to role-play the master position over dudes dressed in bondage gear and wearing dog masks.

I'll link to a photo, but you'll need to provide your own buckets of eye bleach.

Sam is a pup handler. More on that here: https://t.co/EnWGpd0Imh pic.twitter.com/QQUrrQRSsv

Per the Washington Examiner, a 2017 Rensselaer Polytechnic Institute student newspaper article describes how Brinon told the student body he "enjoys tying up his significant other like a table, and eating his dinner on him while he watches Star Trek" while leading a discussion on "kinks and sex education."

“Throughout the entire talk, Brinton was open about his experiences, the kinks he partakes in, and the nature of his relationships,” the article reads. “He left us with countless anecdotes, like how he enjoys tying up his significant other like a table, and eating his dinner on him while he watches Star Trek.”

Prior to getting his new stint at the DOE, Brinton worked at the Trevor Project, an LGTBQ advocacy group that ostensibly helps prevent suicide among gay and trans minors, but has been accused of grooming children into adopting LGBTQ lifestyles and “identities.”