Bibi: ‘For The First Time In My Lifetime, I See a Real Hope For Change’ 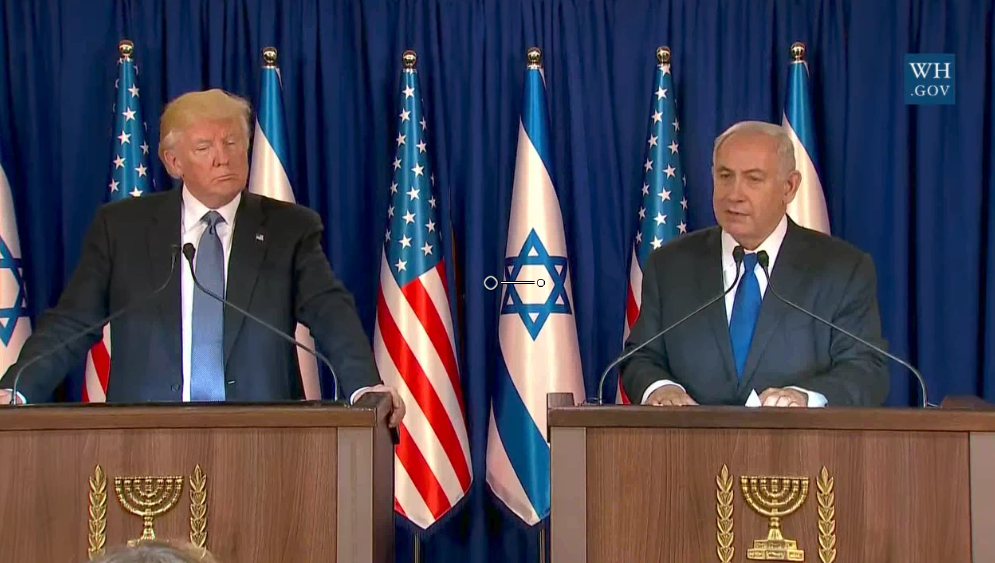 During a joint address in Jerusalem on Monday, Prime Minister Benjamin Netanyahu said that thanks to President Trump’s leadership, he has hope for “real peace.”

“I want to thank you, especially today, for your deep commitment to Israel’s security, its well-being, and its future,” Netanyahu said. “I have no doubt, that as we work together — you and I — the alliance between our countries will grow ever stronger.”

“I look forward to working closely with you to confront the dangers we face, together, in this violent and volatile Middle East,” Netanyahu said before detailing their commitment to roll back Iran’s “ambition” to obtain nuclear weapons.

While speaking at the White House in February, Netanyahu also said it was the first time in his lifetime that he saw an opportunity for peace with the Arab states as, according to him, they no longer see Israel as the enemy.