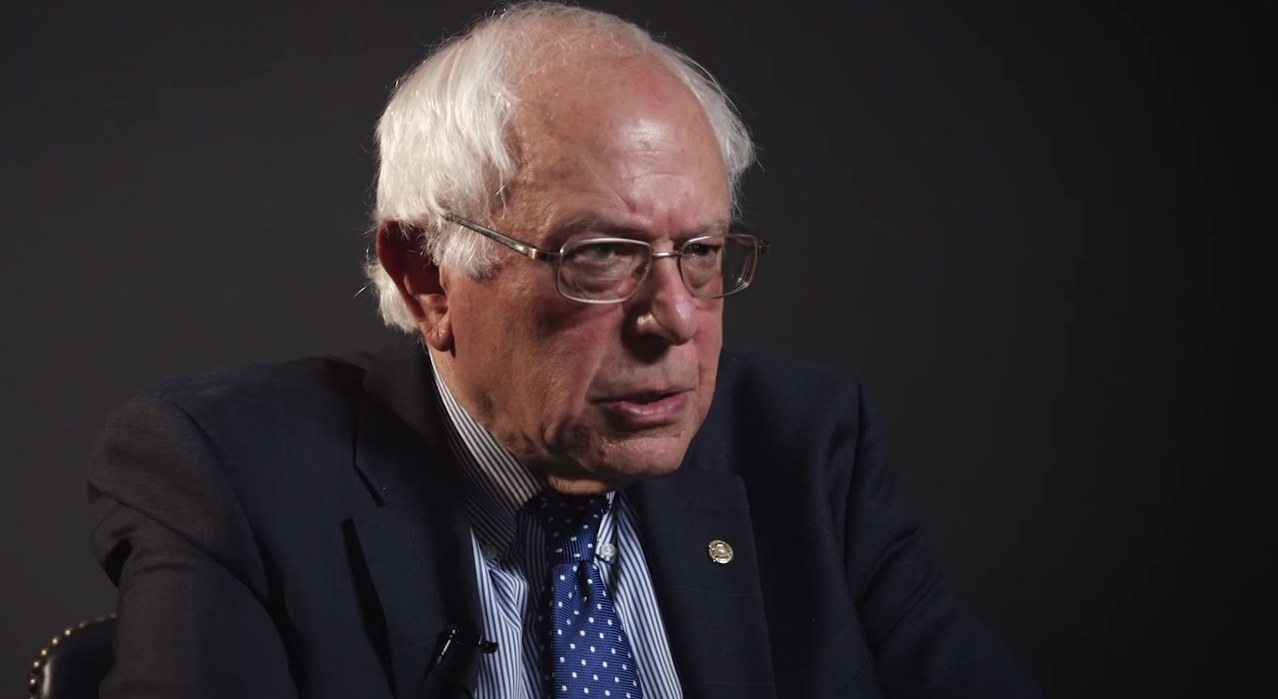 On July 16, Sanders sat down with Vox’s Ezra Klein for an interview. During the interview, Klein asked Sanders about his identification as a socialist and its implications for his policy positions. Sanders responded that he views himself as a “democratic socialist.” According to Sanders, being a democratic socialist means taking a “hard look at countries around the world who have successful records in fighting and implementing programs for the middle class and working families.”

At one point during the conversation, Klein began to ask Sanders, “You said being a democratic socialist means a more international view. I think if you take global poverty that seriously, it leads you to conclusions that in the US are considered out of political bounds. Things like sharply raising the level of immigration we permit, even up to a level of open borders. About sharply increasing…”

Sanders continued, “Of course. That's a right-wing proposal, which says essentially there is no United States…”

Klein tried to clarify, “But it would make…”

“It would make a lot of global poor richer, wouldn't it?” Klein questioned.

Sanders concluded, “And it would make everybody in America poorer —you're doing away with the concept of a nation state, and I don't think there's any country in the world that believes in that.”

Sanders continued, “If you believe in a nation state or in a country called the United States or UK or Denmark or any other country, you have an obligation in my view to do everything we can to help poor people. What right-wing people in this country would love is an open-border policy. Bring in all kinds of people, work for $2 or $3 an hour. That would be great for them. I don't believe in that.”

Sanders claimed there is a discrepancy between helping the poor and instituting an open border policy. Speaking of high youth unemployment levels, Sanders asked, “You think we should open the borders and bring in a lot of low-wage workers, or do you think maybe we should try to get jobs for those kids?”

Sanders argued that while there is a moral obligation for Americans to help poor countries around the world, “you don't do that by making people in this country even poorer.”

Sanders’ categorization of the “right-wing’s” view on immigration directly contradicts the views espoused by Republican candidates such as Donald Trump, whose comments about Mexicans coming to America has landed him at the top of the polls.

The Vox interview can be viewed here: