Ben Stein: 'There's Never Been a Time in History That the Poor Are Made Rich by Making the Rich Poor' 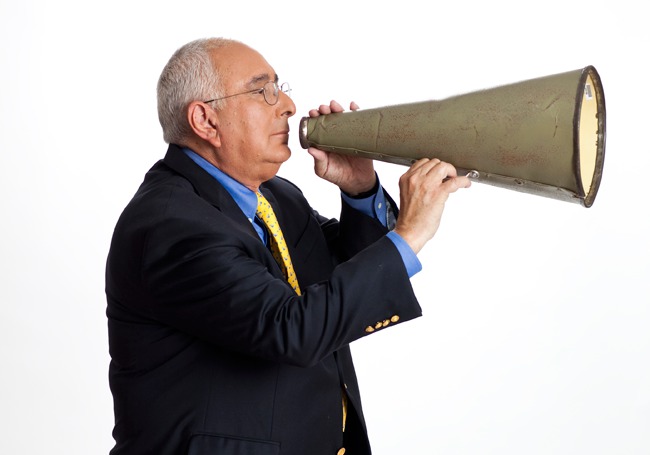 Despite what Hillary Clinton says, raising taxes on the rich has never helped the poor become middle class. That was the position of Ben Stein as he appeared on Tuesday's "Your World With Neil Cavuto" on Fox News. His actual words were:

"Well I think there's never been a time in history where the poor are made rich by making the rich poor and I don't think it will work this time either."

Stein, the former presidential speech writer, also known as an actor and columnist (who never takes himself too seriously), was responding to a comment made by Hillary Clinton essentially declaring that class warfare will be the theme of her presidential campaign:

"Most Americans understand that the deck is stacked for those at the top and I am running a campaign that is very clearly stating we want to reshuffle that deck."

Stein not only disputed Ms. Clinton's stance, but he also offered tough love advice for people of low income. And, as only Ben Stein can do, he used words that were sure to cause conniptions in the progressive community:

"I do applaud the idea of having more well-to-do people in this country but they get well-to-do by work and education and working smarter and more efficiently and leading more disciplined lives, not by Hillary Clinton making fun of the rich. And by the way Hillary Clinton making fun of the rich is absolutely screaming funny; $250,000, $300,000 for a 45-minute speech. Give me a break."

Stein also tried to teach some truth to his well-to-do neighbors:

"Look, I live in Beverly Hills. I live part of the time in Malibu. All those rich people in show business all of them are for Hillary. They're not -- they're not Republicans. They're all for Hillary. The rich -- the really rich left-wingers and the really rich in this country are generally left wingers, not all, but generally, they love Hillary. And by the way, you can tax them a lot they'll still be fantastically rich and the poor will still be fantastically poor."

When Cavuto pointed out that there are fewer people to tax because less than half of the country pay income taxes, Stein answered with more controversial opinion, but what he was really trying to say is that not everyone deserves help, especially those who don't try:

"There's never been a case in history where a poor person who is a slovenly, uneducated, lazy, undisciplined drug addict, got to be rich because of a wealthy person being taxed."

At Cavuto's urging, Stein did agree that many of the poor are "fine, incredibly hard working people and I love them." When he was beginning to wrap up, we learned Ben Stein's real message is a strong belief in the American dream that many of us were raised on---in the U.S., if you work very hard you can be successful.  He just said it in a very Ben Stein sort of way:

"If you took all that money [from higher taxes] and gave it to the dumber people who are way below the poverty line they'll be better off for a while but unless they can develop better habits of life they are not going to be better off at all.

"Any person in this country who works hard and gets a decent education, really, really is disciplined can become a middle-class person unless he's physically or mentally disabled. It doesn't happen by taking away from the rich. It happens by the efforts of the individual person in America. Self-discipline, reliance upon self, reliance upon hard work that's what makes it happen."

There was another important story today about people struggling to eke out a living and forced to exist on a mere pittance of a salary. At least, according to progressive Rep. Alcee Hastings (D-FL).

At a House Rules committee meeting Monday, Hastings talked about the plight of the underpaid congressmen, people like himself who live on only $174,000 a year (plus expenses paid). When asking the committee to consider giving members of Congress (who are, apparently, making nearly slave wages) Hastings said:

"Members feel 'that on the salary that they make, they’re going to be unable to send their children to college,' he added."

Perhaps, that can be a topic for Ben Stein's next appearance on Neil Cavuto's program.