Sometimes all you can do is shake your head and walk away.

Ice cream maker Ben & Jerry's decided to unveil a new flavor Tuesday morning, but they forgot to tell people that it was really an anti-American, anti-Trump press conference buoyed by radical people, like Women's March organizer Linda Sarsour. Co-founder Ben Cohen spoke about pretty much everything except the new flavor of ice cream, which is unoriginally called "Pecan Resist."

Seriously, that's the actual name of the ice cream. Hope you like nuts!

"In 40 years, Ben & Jerry's has never spoken out against the President of the United States, and we do not do so lightly today," Cohen began. "But these are not normal times. This is the most un-American president in my lifetime."

Take a look for yourself:

Cohen tried to cloak everything he said with the veneer of "tolerance." He claimed that the 2018 midterm elections are really about "justice, respect, common decency, and compassion," not politics.

The promotional material on 'Pecan Resist' will really encourage fans of nuts to come together: "We honor & stand with women, immigrants, people of color, & the millions of activists and allies who are courageously resisting the President's attack on our values, humanity, & environment. We celebrate the diversity of our glorious nation & raise our spoons in solidarity for all Americans" 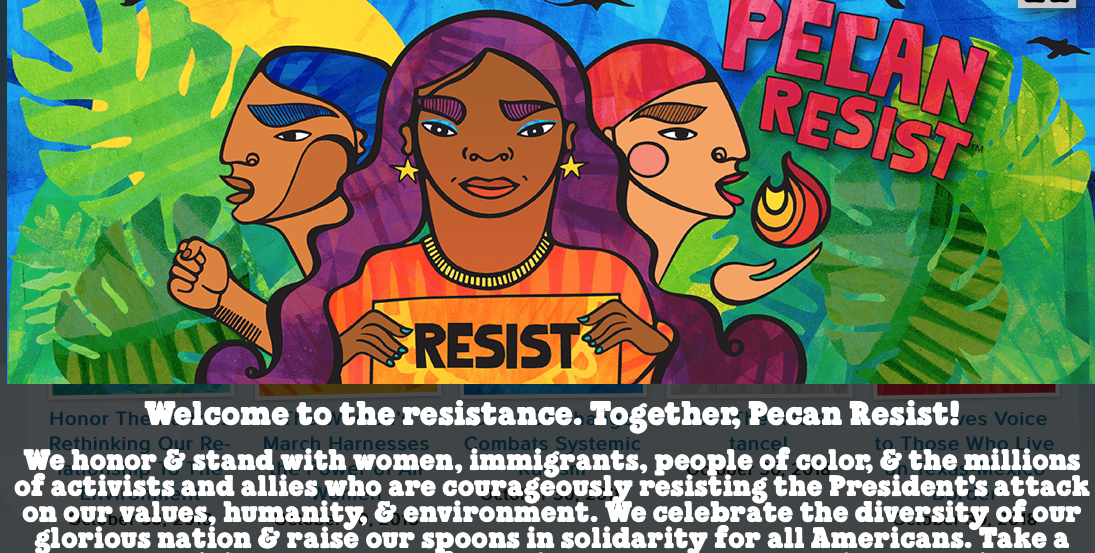 No word on whether the new flavor from Ben & Jerry's also comes with real chunks of guilt.