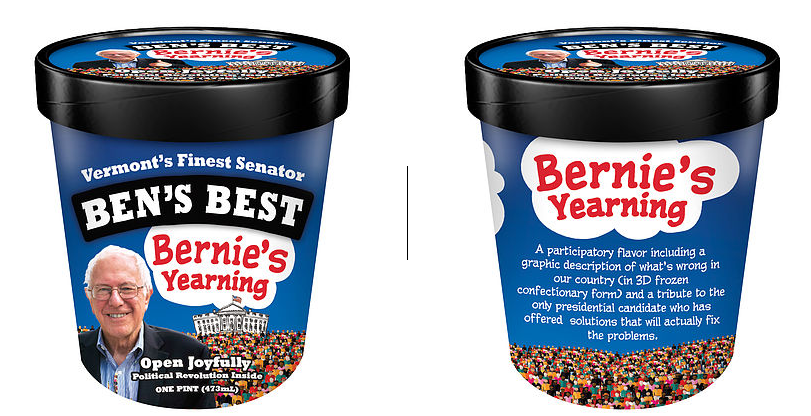 On the website advertising the “Bernie’s Yearning” ice cream flavor, Cohen writes, “Jerry and I have been constituents of Bernie Sanders for the last 30 years. We’ve seen him in action and we believe in him.”

The ice cream is a “participatory flavor including a graphic description of what’s wrong in our country (in 3D frozen confectionary form) and a tribute to the only presidential candidate who has offered solutions that will actually fix the problems.”

The description of the ice cream states, “The entire top of this pint is covered with a thick disc of solid chocolate. Underneath is plain mint ice cream. The chocolate disc represents the huge majority of economic gains that have gone to the top 1% since the end of the recession. Beneath it, the rest of us.” 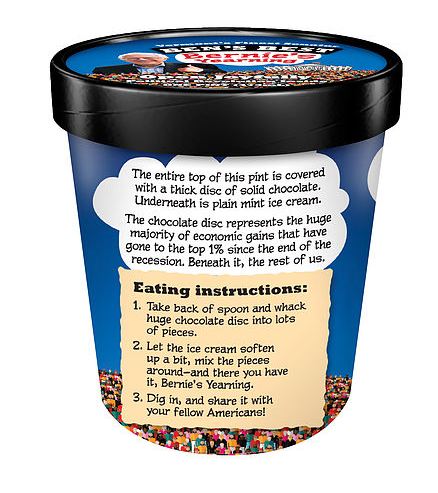 Yet Cohen, who is dedicated to amending the Constitution to “#GetMoneyOut of Politics,” is a top “1%er.”

A calculation from CelebrityNetWorth.com puts Cohen’s net worth at approximately $150 million.

The site for the flavor notes, “Ben & Jerry’s Homemade, Inc. has nothing to do with this pint of ice cream. All costs associated, except from Ben’s labor which has been volunteered, have been paid by Bernie 2016.”

Although the theme of Cohen’s ice cream flavor is mass participation and the “1%” giving back to society, only 40 pints of “Bernie’s Yearning” are available. Cohen claims 25 pints have already been donated to Bernie’s campaign.

Commoners can enter a contest to “win” a pint.