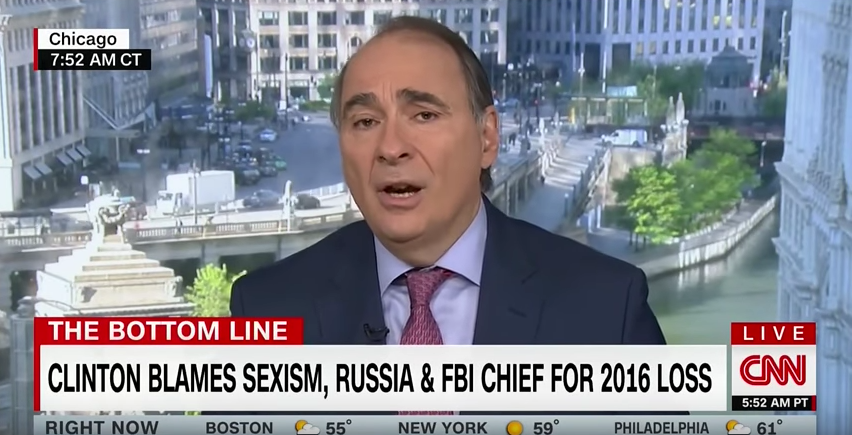 David Axelrod in an interview with CNN on Wednesday slammed Hillary Clinton for not taking full responsibility for her loss to President Trump in November.

Clinton speaking at a Women for Women International event on Tuesday cast blame for her election loss on FBI Director James Comey's ill-timed letter to Congress, "Russian WikiLeaks," and misogyny.

She even went so far as to say that she'd be president if the election took place on Oct. 27, a day before Comey issued the letter to Congress about his decision to reopen the bureau's investigation into Clinton's emails.

Axelrod, who served as an adviser to former President Obama, argued that while she “has a legitimate beef” when it comes to Comey's letter being sent just days before the election, Clinton is still responsible for her failed campaign.

“She has a legitimate beef because Comey's letter was instrumentalist I think in her defeat, so in a narrow sense she's right about it,” Axelrod said. “But Jim Comey didn't tell her not to campaign in Wisconsin after the convention. Jim Comey didn't say don't put any resources into Michigan until the final week of the campaign. And one of the things that hindered her in the campaign was a sense that she never fully was willing to take responsibility for her mistakes, particularly that server."

"She said the words, 'I'm responsible,' but the -- everything else suggested that she doesn't really feel that way," he continued, "and I don’t think that helps her in the long-run."

"If I were her, I would move on," said Axelrod.

“It takes a lot of work to lose to Donald Trump,” he later added. “Let me tell you, he was the least popular presidential candidate to win in the history of polling.”

Check out Axelrod's remarks below.