In a “so-cringeworthy-it-hurts” moment this week, CNN analyst Areva Martin stepped in it big time by accusing Fox News radio host David Webb of benefitting from “white privilege” in getting hired for his job.

There’s just one big problem: David Webb is black – a fact of which he informed Martin in what made for perhaps the most awkward audio clip since the radio was first invented.

During his show, Webb explained that he believes experience and skills are more important to the hiring process than skin color, arguing against diversity for diversity’s sake and saying he always wanted to be judged on his merits rather than his melanin.

In response, Martin accused Webb of having “white privilege” as a “white male” that supposedly makes it easy for him to discount color as a hiring factor.

Confused, Webb asked, “How do I have the privilege of white privilege?”

“David… by virtue of being a white male you have white privilege. It’s this whole long conversation that I don’t have time to–” Martin began, only to be cut off by a very confused Webb.

“Areva, I hate to break it to you, but you should’ve been better prepped. I’m black,” Webb explained.

By the way, in case you don’t watch Fox News, this is David Webb: 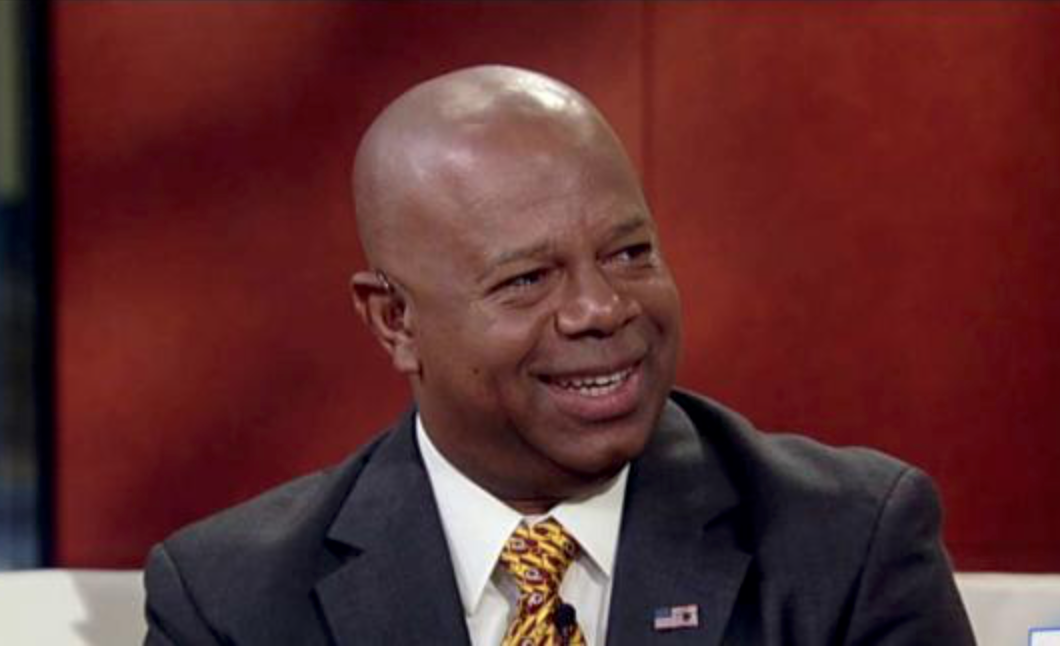 Oh, and the awkwardness didn't end there.

“See, you went to white privilege," Webb continued. "This is the falsehood in this. You went immediately with an assumption. Your people, obviously, or you, didn’t look – you’re talking to a black man who started out in rock radio in Boston, who crossed the paths into hip-hop, rebuilding one the greatest black stations in America, and went on to work for Fox News – where I’m told apparently blacks aren’t supposed to work – but yet you come with this assumption and you go to white privilege. That’s actually insulting.”

Hilariously, even after apologizing and saying her staff had given her “the wrong information,” Martin continued to stubbornly insist that "white privilege" is still a thing.

Listen to the whole painfully uncomfortable exchange over at Mediaite, courtesy of Pardes Seleh.