Is telling a stranger to just check their privilege a little too abrasive for you? Do you have a hard time remembering the prevailing social justice narrative on every issue? Do you need an app to tell you exactly what to think and say in any given situation? Well, you could soon be able to access a bunch of canned talking points at the touch of finger!

“Shut-App!,” a phone application slated to help people fight against “racist / sexist / xenophobic / homophobic / fact-repellent / logic-resistant people 'winning' arguments,” is currently being funded on Kickstarter. As of 9:00 a.m. on Tuesday, the project has already raised $8,113 of its required $10,800 goal to be fully funded.

“If you’ve been alive lately, you noticed the world is increasingly full of crap,” the promo video for the project says. “Whether it’s your racist uncle at Thanksgiving dinner, colleagues at work, or friends on Facebook, people are becoming logic and fact-resistant, which makes life even harder for the rest of us. And having brains is burden enough as it is.”

Therefore, to help people with “brains,” the app will provide users a bunch of “facts” they can use in an argument when they just can’t seem to come up with any arguments of their own.

Some examples of responses that will “own” the other person in the conversation include: 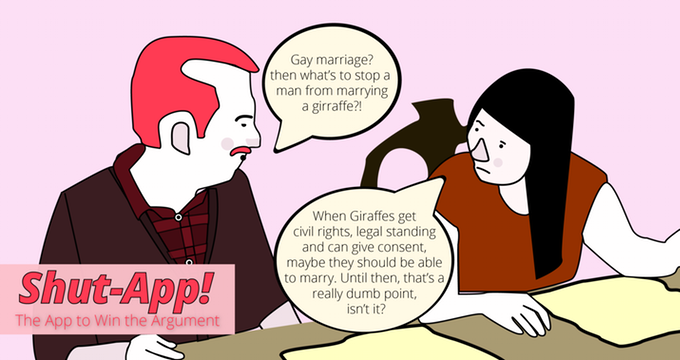 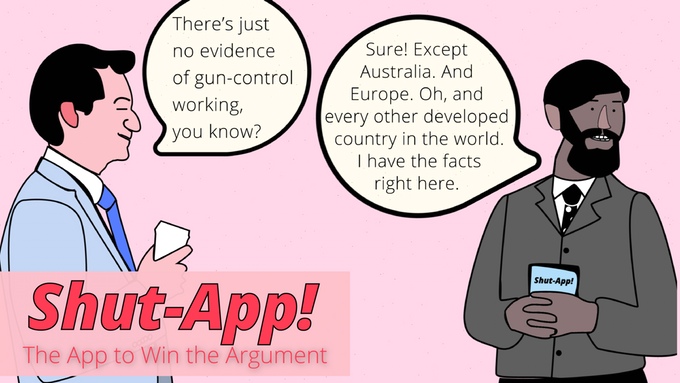 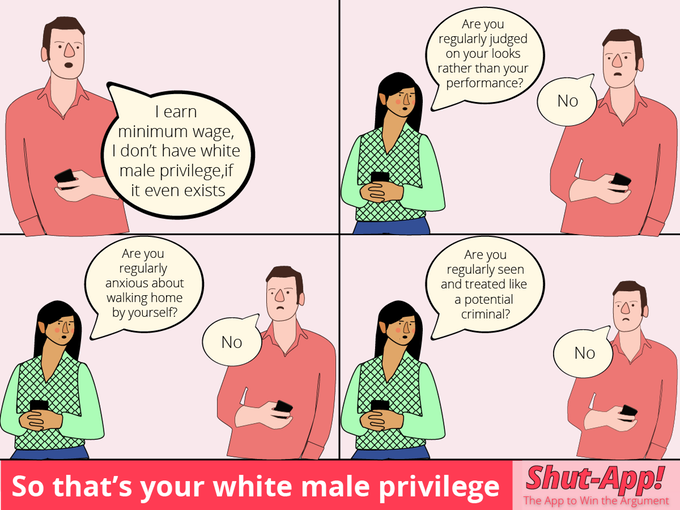 According to the Kickstarter, these kinds of responses will help people “clearly articular” their views, “elegantly persuade” people, “decisively win arguments,” “rear-end of those whose rear-end you want to own,” and “take a stand against ignorance and bigotry.”

The app will work by letting people will be able to pick a specific topic, choose the “bs argument” they’re witnessing, and “discover the best answers and comebacks.”

Asked about who decides what the “right” answer is, the founder of the app, Yoni Cohen-Idov, writes, “Facts, logic and human decency decide what's right.”