Condominium to Require DNA Samples From All Dogs 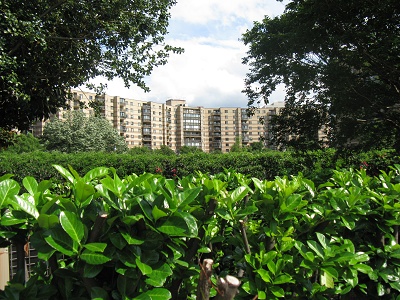 No one likes stepping in poop.  No one!  If you do, there's clearly something very wrong with you.

In order to crack down on dog owners who allow their dogs to "go" wherever they like and then don't have the common courtesy to pick up their pet's waste, one Virginia condominium complex has decided to extract DNA from all of the dogs in their building.

The Rotunda, a condominium building in Tyson's Corner, Virginia has implemented a policy in which all new pet owners who are moving into the building will be required to have their animal's mouths swabbed in the presence of a building authority. If pet waste is discovered outside of the building, the waste will then be tested and matched up to the guilty animal's DNA.

Beginning May 1, when Rotunda staff finds excreta, inside or outside, a sample will be removed and sent to the DNA contractor for identification. Once positive identification of the responsible dog is made, the owner of that dog will be charged the then current DNA Identification Fee (currently $90), plus a $10 mark-up for processing, as well as the costs of cleaning up the excreta (typically $50-$500 depending where the waste is left).

The new policy is called "Poo Prints" (seriously, that's what they decided to call it) and it is intended to deter residents from leaving unsightly and potentially shoe-ruining, waste on the lawns surrounding the building -and ensure that animals do not track the waste back into the complex.  According to the homeowners' newsletter, the waste is not only unsightly but "...it can be unsafe to other pets, children and the environment."
According to Consumer Reports, unscooped dog waste is number six on the list of America’s "Top Gripes."
"Doody Calls," one of the nation's top pet waste management companies, estimates that on average, the 84 million dogs currently living in our country collectively deposit approximately 62.7 million pounds of waste every day and 22.9 trillion pounds of waste every year.  In order to give Americans a sense of just how much dog waste that is, Doody Calls did the math:

"That is the equivalent of 286,344 tractor trailers fully loaded with dog doo. If those 18-wheelers were lined up bumper to bumper, the caravan would stretch 4,067 miles. Put another way, it would stretch from New York City to Los Angeles, with enough trucks left over to circle back around and cover the distance from LA to Austin, Texas."

Now, obviously the Rotunda's problem is on a much smaller scale, but the prospect of DNA extraction in an effort to preemptively crack down on dog "crimes" may rub some residents the wrong way.  But, let's face it, these dogs aren't going to clean up after themselves.  So if anyone is upset about the new regulations, they only have themselves and their neighbors to blame. 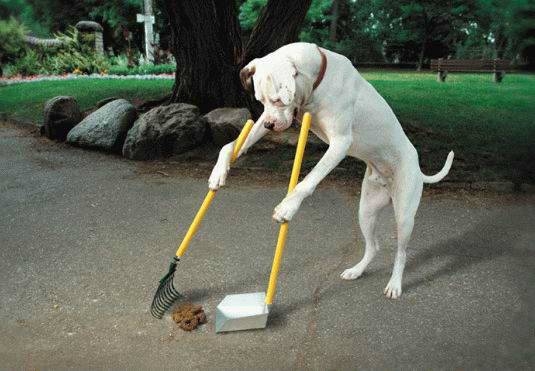