AOC Tweets a Major Dem-Led Bill Was 'Passed By the House'...When It Hadn't Even Been Brought For a Vote

If she weren’t the gift that keeps on giving, maybe I’d stop writing about her. But….she is. So I won’t.

N.Y. Rep. Alexandria Ocasio-Cortez still seems to be struggling with the basics of her job – we’re talking fundamentals like how our government is structured, here – and Monday wasn’t an exception.

The freshman lawmaker tweeted that the For the People Act, a Democrat-led bill that would “expand Americans’ access to the ballot box, reduce the influence of big money in politics, and strengthen ethics rules for public servants,” according to it’s summary,had “passed the House.” 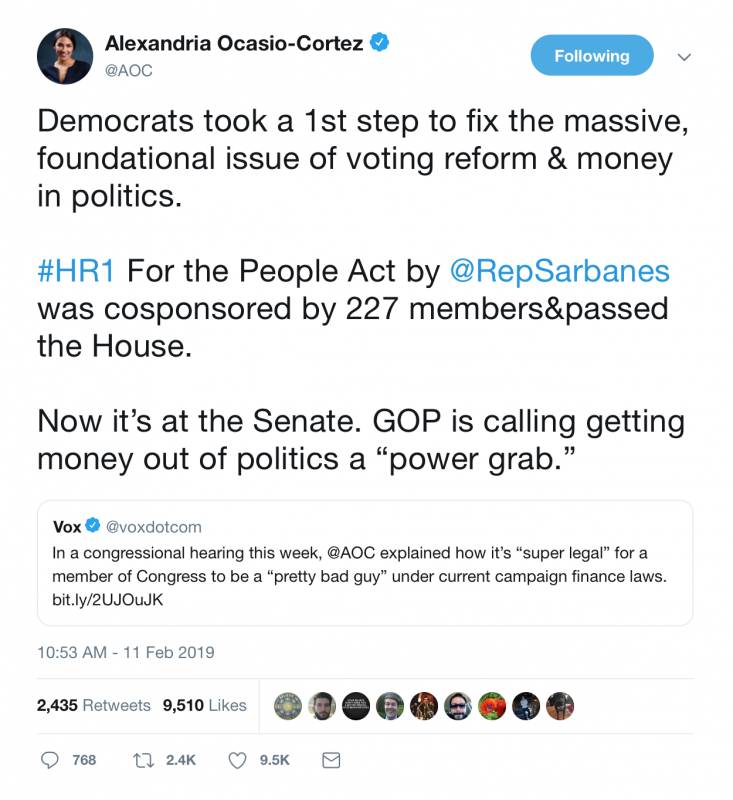 Except that it hadn’t.

In fact, the bill, which was introduced on Jan. 3, hasn’t even been brought to the House floor for a vote yet. It’s still sitting in committee, and is most definitely not "at the Senate."

But that didn’t stop Ocasio-Cortez’s gaffe from garnering nearly 10,000 “likes” on Twitter before the congresswoman issued a “quick correction” that basically negated her entire initial statement. 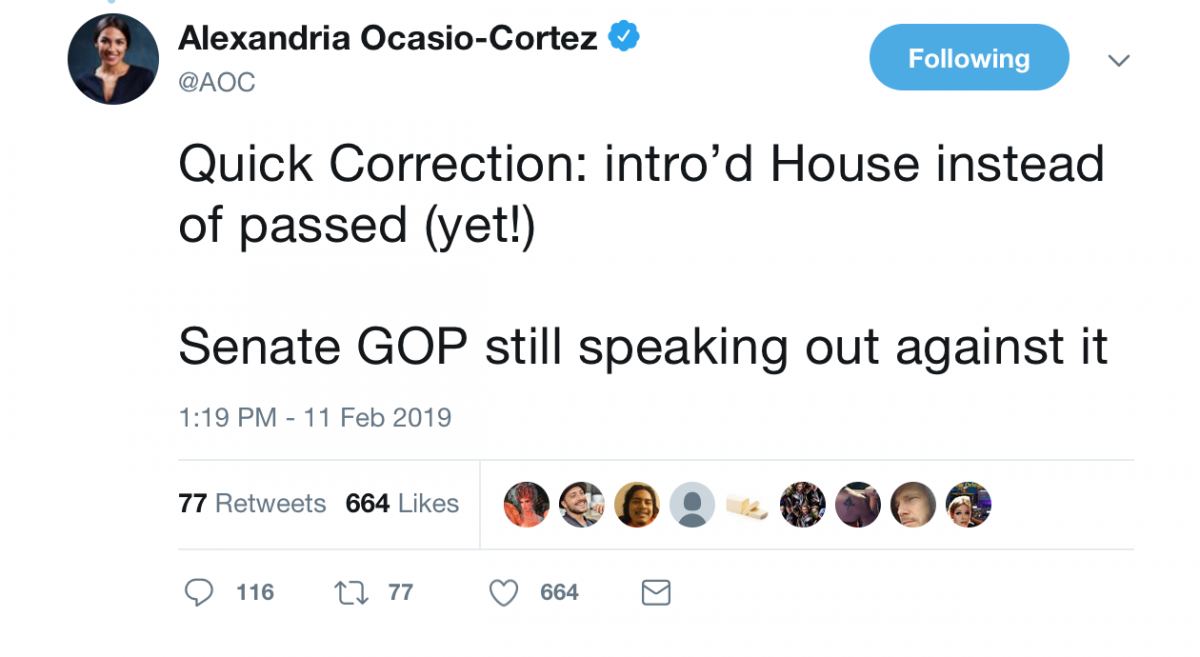 We all knew AOC was having a hard time with her new gig, but listening to an elected lawmaker who doesn't understand the rock-bottom basics of her job is like talking to a barista who doesn’t know the difference between regular and decaf – it's somewhat laughable....but still might keep you up at night.