When trying to take a jab at your opponent, it’s important to remember to aim.

That’s a step Democratic N.Y. Rep Alexandria Ocasio-Cortez apparently forgot Thursday in her effort to snarkily respond to her “GOP” haters over this photo, showing Kentucky Rep. John Yarmuth posing with a cardboard cutout of her likeness: 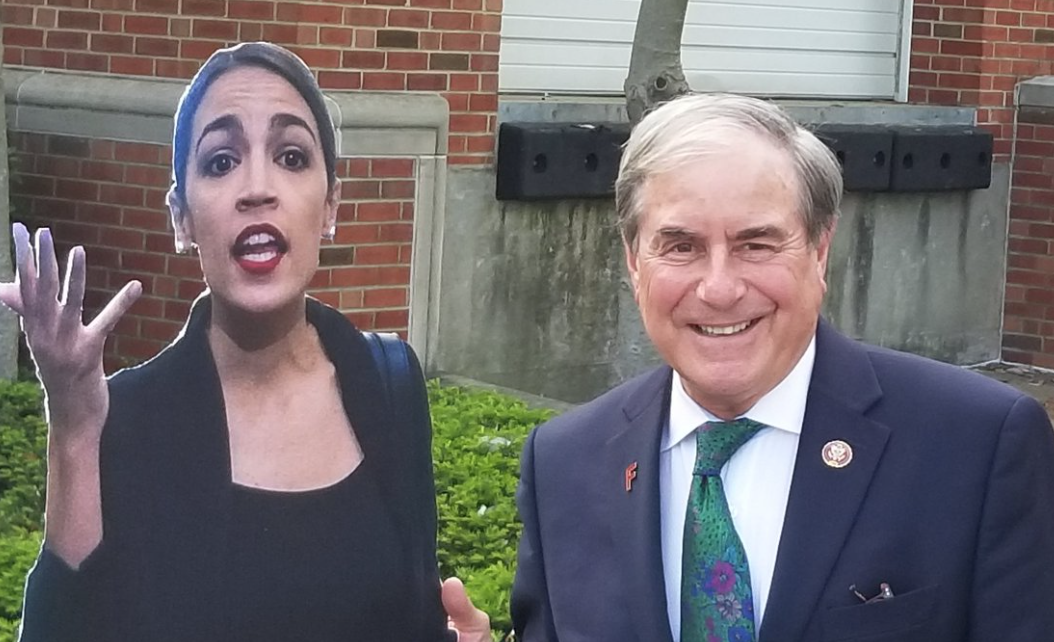 AOC immediately took to Twitter to accuse Republicans of sexism, saying they “pose [their] older male members next to cardboard cutouts of young female legislators.” 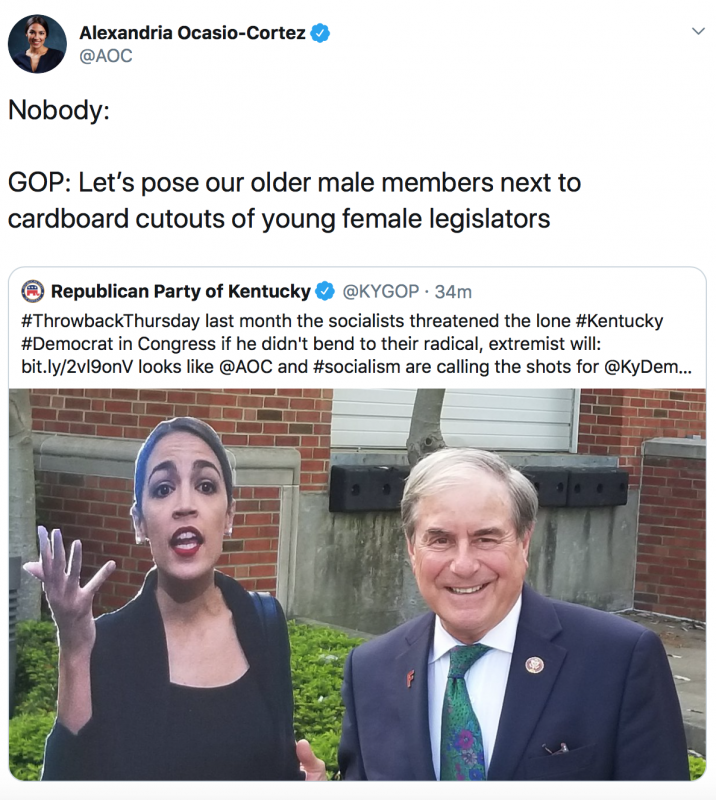 There’s just one problem: Yarmuth? The guy in the photo?

He’s a Democrat. In fact, he's the only Democrat congressman in Kentucky, and serves in the same legislative body as AOC.

Even more hilariously, here’s the Republican Party of Kentucky's original tweet that AOC apparently didn't bother to read before labeling it sexist, which actually states verbatim that Yarmuth is – again – a Democrat.

#ThrowbackThursday last month the socialists threatened the lone #Kentucky #Democrat in Congress if he didn't bend to their radical, extremist will: https://t.co/MdS3un7IIY looks like @AOC and #socialism are calling the shots for @KyDems now! pic.twitter.com/VIe6JWZZQy

After getting called out on Twitter for immediately assuming the older man in the photo was a Republican simply because he’s older and male, AOC quickly deleted her tweet.

Unfortunately for the social media-obsessed congresswoman, the Internet is forever. As is, apparently, her embarrassing ignorance.