Antifa Rioters Defaced a Peace Monument Thinking It's a Confederate Statue. It's Not.

A monument to peace that stands in Atlanta’s Piedmont Park was damaged by Antifa rioters on Sunday after they mistook it for a Confederate statue.

The Peace Monument, which depicts an angel standing over a Confederate solider and urging him to put down his gun, was actually erected in 1911 as a monument to unity efforts following the Civil War. According to this, the statue is meant to honor members of the Gate City Guard, a group of Confederate soldiers who, after the war, toured the North in an effort to repair the damage done by the war.

Historians say the monument erected not to honor the Confederacy, but to help heal the nation.

But of course, things like basic facts didn’t stop ignorant Antifa rioters from defacing the statue, which they mistook for a Confederate memorial. Reports say the vandals spray-painted the monument before trying unsuccessfully to pull it down with a chain. 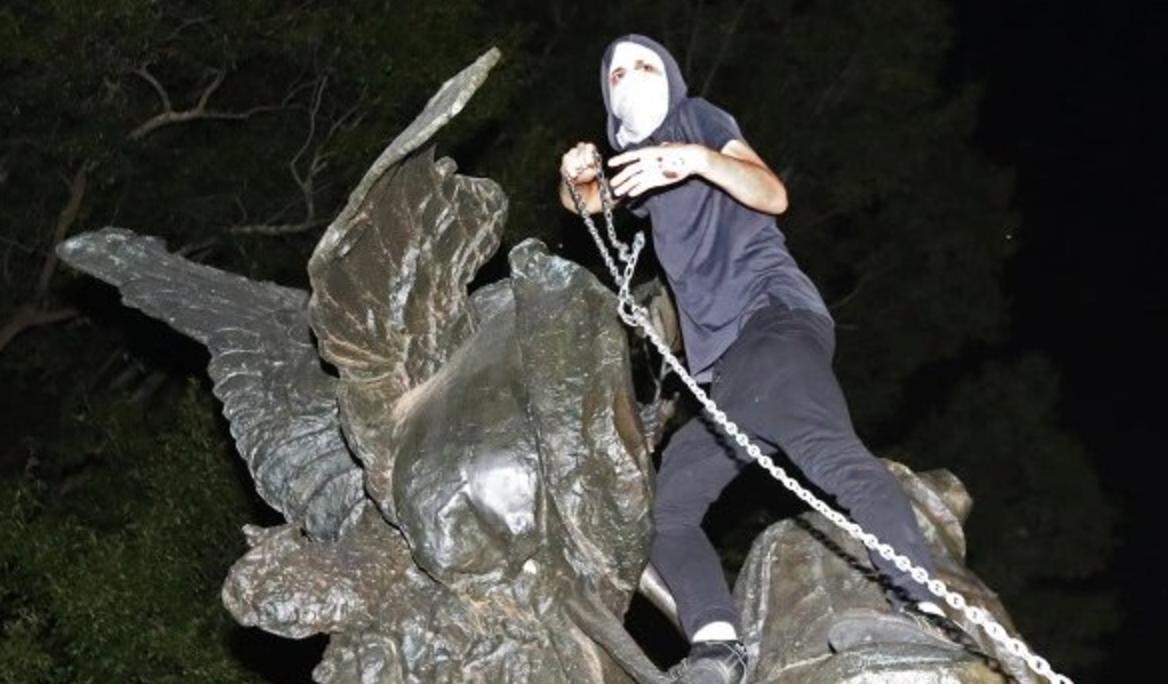 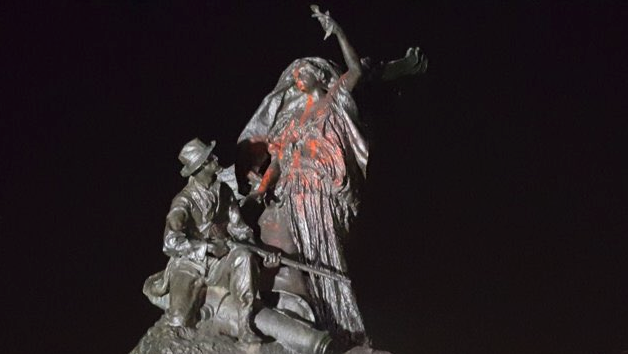 It it’s any consolation, the Atlanta Journal-Constitution reports one protester was superficially injured during the incident after a hunk of metal fell from the statue.

This ridiculous display comes amidst calls by the left to dismantle the nation’s Confederate statues and monuments following a march by a small group of white supremacists in Charlottesville last weekend. A statue of a Confederate soldier has already been toppled in Durham, N.C., while Baltimore officials removed the city’s four Confederate statues overnight on Tuesday.