If you ever want to learn how to go through life as a complete dumbass, just watch some videos of the fascist activist group Antifa. Their antics will give you all the information you need about how to become a brainless, violent thug.

The Socialist/Communist holiday of May Day was celebrated by an Antifa group in Los Angeles on Tuesday, complete with violent threats and a hanging of President Trump in effigy.

A Communist group called the Red Guards posted a transcript of a speech given at the May Day rally in a blog article on their website in a way that should raise some flags to people at the FBI.

Here's some images of their heartwarming May Day display, via the Red Guards Twitter page: 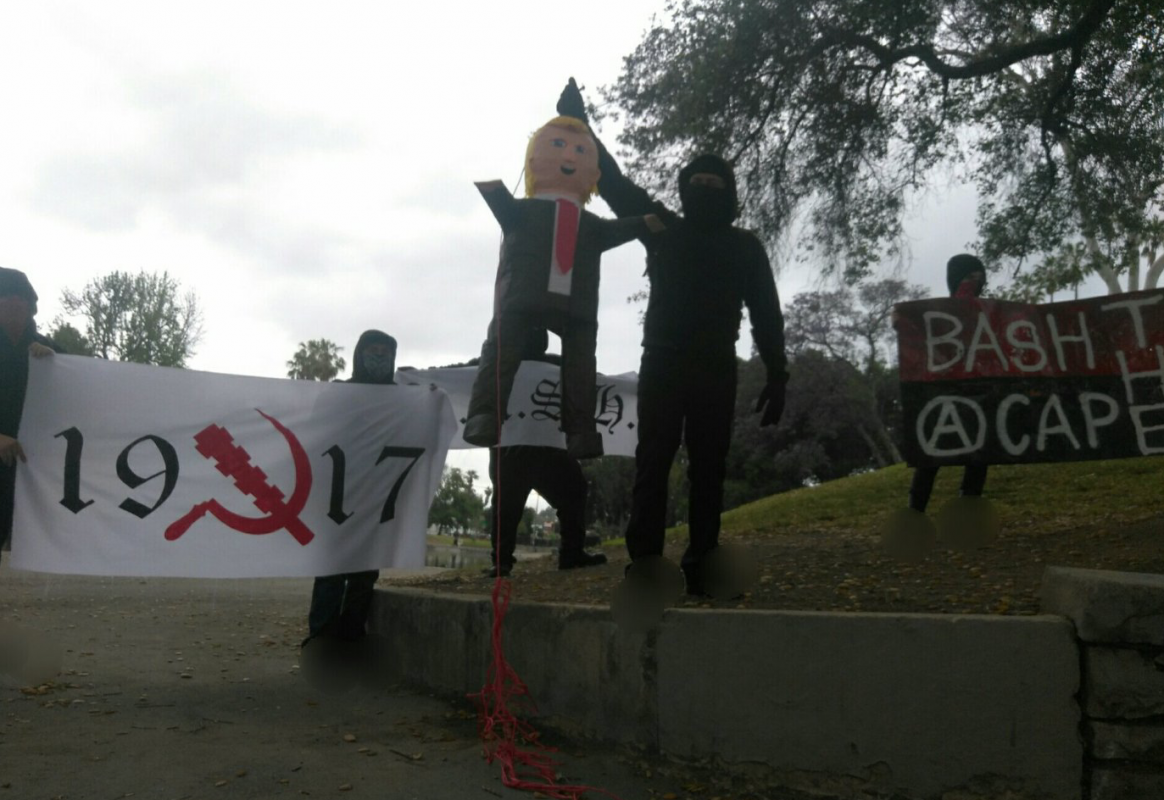 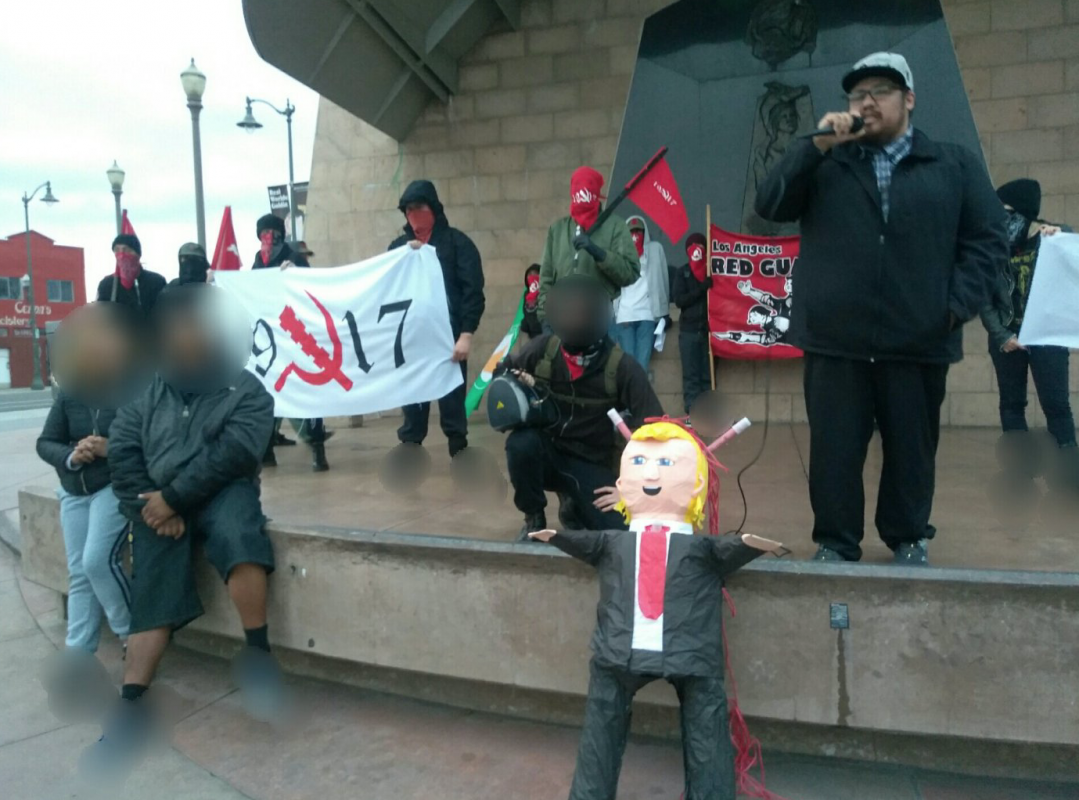 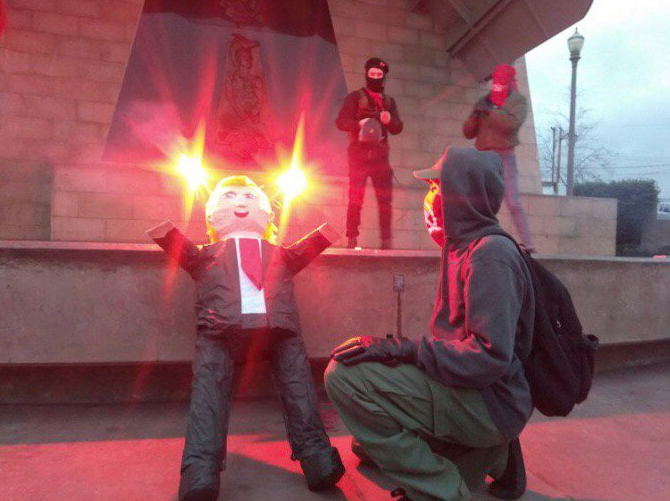 The following is a portion of their tyrannical tirade:

Our task is clear: only through revolutionary violence can the masses create real political power! As we continue to fulfill this task the lines of demarcation between us and our enemies of every stripe begin to take form. As we, genuine communists, Maoists, prove ourselves to the masses and fully immerse ourselves in their lives and struggles which is part of the larger class struggle, these self-proclaimed but fake “revolutionaries,” these revisionists and all other enemies, begin to be thrown away like the rotting waste that they are.

As a matter of fact, a group on Twitter called Far Left Watch claim to have reported the rhetoric to the FBI: 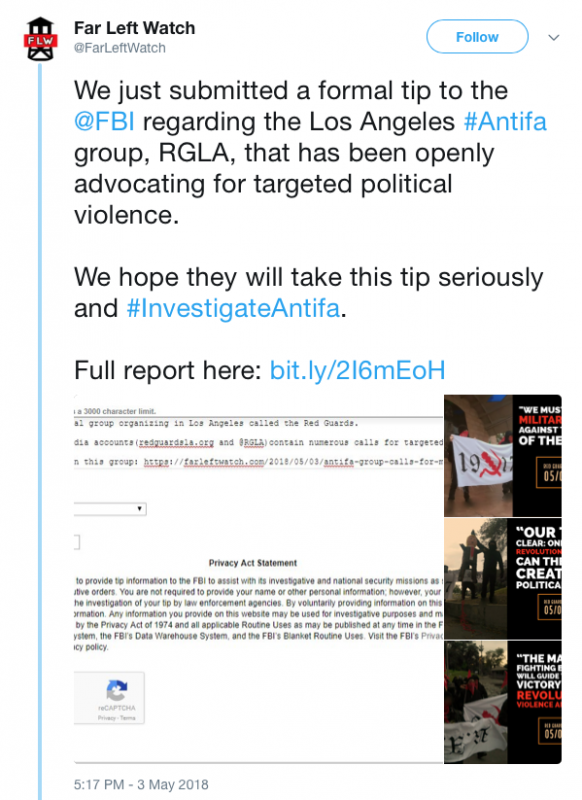 These perverts of human nature call themselves “Maoists.” Does that mean that they don’t care that former Chinese ruler Mao Zedong’s policies led to the death of 45 million people? One would tend to think that they don’t care based on the track record of societies that have ascribed to Socialism and Communism.

The rest of the speech is a bunch of self-righteous, meandering Communist BS about how cops are “pigs,” capitalism sucks and the U.S. is evil. Blah, blah, blah.

I would say people should be scared of Antifa, but we’ve already seen their training videos: