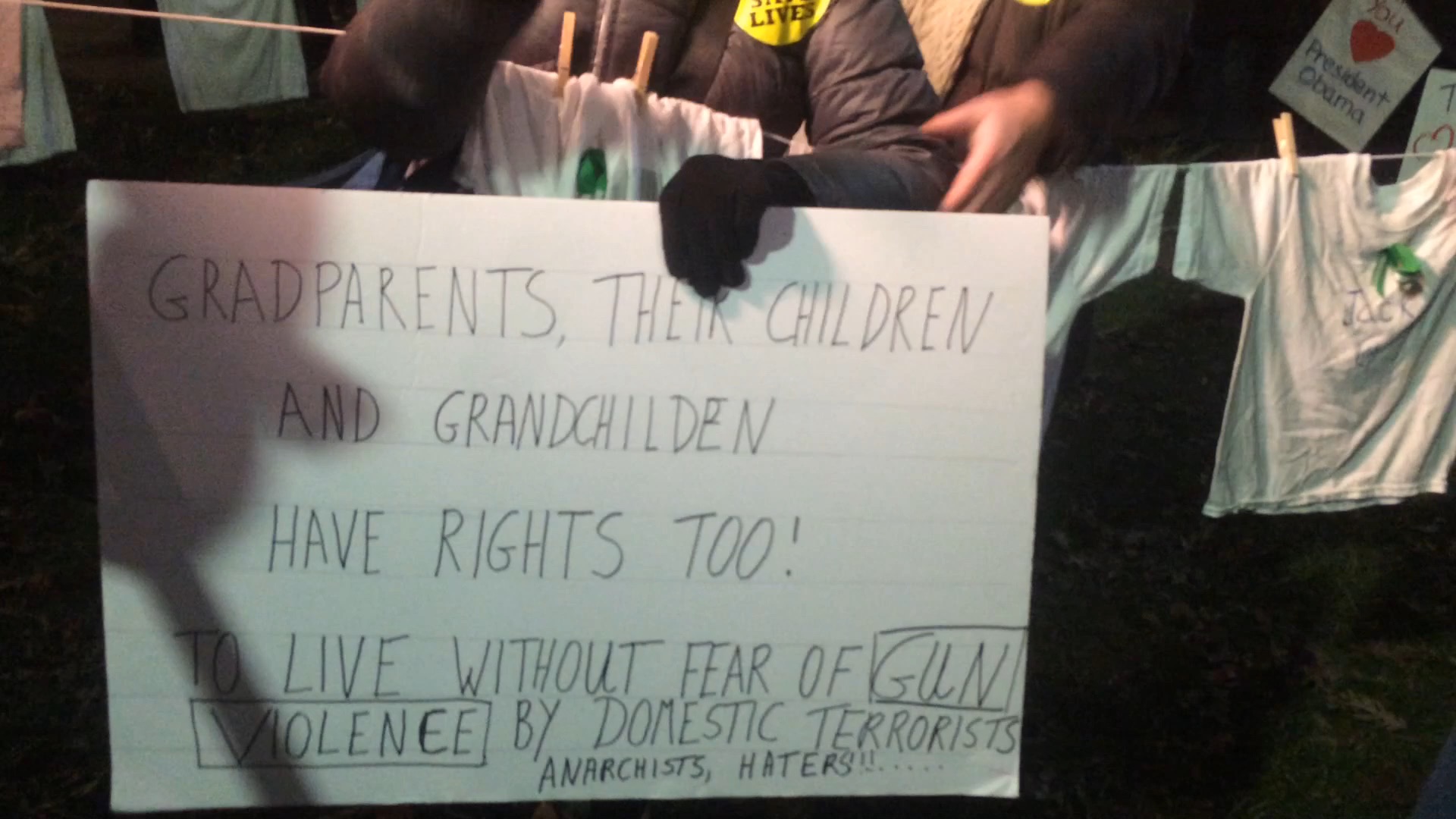 During a clash between protesters outside of President Obama's town hall on guns at George Mason University, one woman called gun owners "terrorists," sparking the anger of an opposing protestor who responded that he'd spent six years in the Marine Corps.

The woman, who was holding a sign reading, "Gradparents [sic], their children, and grandchildren have rights too! To live without fear of gun violence by domestic terrorists, anarchists, haters!!" was escorted away by another woman holding a "Moms Demand Action" sign.