Anti-Gun Group Tweets a Photo of a Gun...That's Loaded Backwards

Everytown For Gun Safety, an anti-gun activist group known for posting all kinds of false stats about gun violence in an effort to strip law-abiding citizens of their Second Amendment rights, tweeted a Newsweek article alleging that arming teachers would somehow make minority children in urban schools "less safe."

Perhaps even more ridiculous than the premise of the article was the photo along with it: a gun, with a magazine that's loaded...backwards. 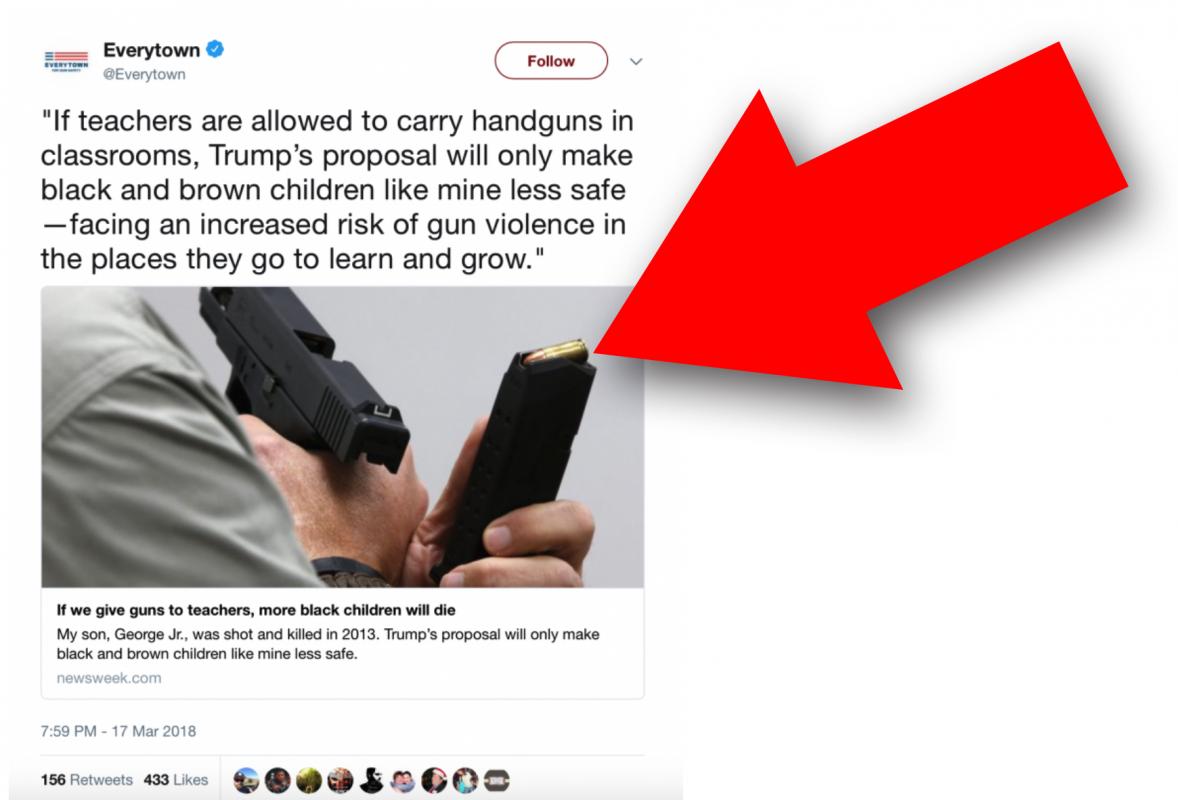 So, just to recap: the anti-gun group that thinks itself qualified to dictate gun policy is so ignorant about firearms that they didn't even notice the bullets in this guy's magazine are pointing the wrong way.

Thankfully, though, a whole lot of people on Twitter did.

Who ever is holding that weapon isn't going to be doing anything once that mag goes in.

Not only is this untrue and unfounded, but the reported gun control group can't even get a picture with a correctly loaded magazine 😂

Ummm, There's not much of a risk with that magazine. The ammo's in backwards. Sort of like your thought processes.

So am I supposed be confident that people who load a magazine backward know anything about firearms ?

Then again, knowing them? Probably not.