Anti-Austerity Riots Break Out in Greece Amid Financial Crisis 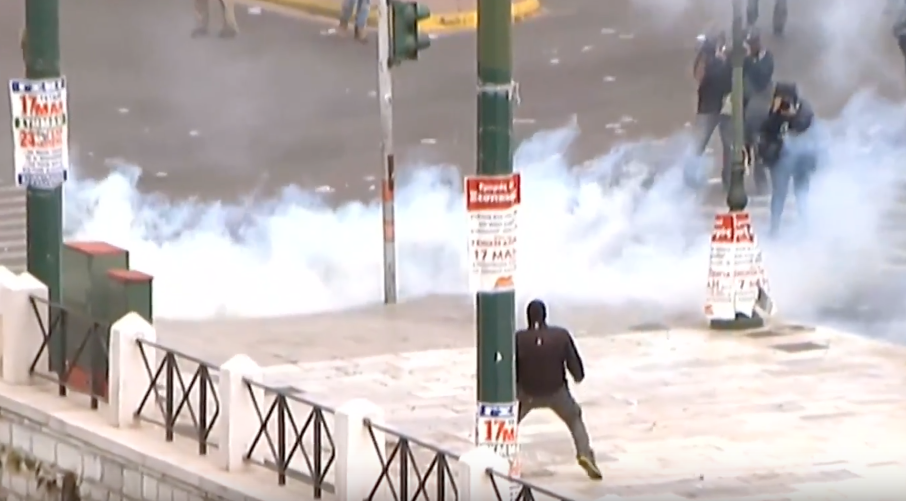 Greece is on fire. Literally.

The Associated Press (AP) is reporting that anti-austerity some protesters in Athens have resorted to violent rioting, and the rioters' methods of violence could almost be seen as acts of terrorism.

A small group of protesters threw gasoline bombs and fired flares at riot police after the marches ended in Athens. Police responded with tear gas. The clashes broke out after peaceful marches involving around 12,000 people.

Anyone else ever notice lately that these “peaceful protests,” more times than not, seem to end in violence? Police had to respond with tear gas in order to attempt to get control over the unrest.

The protests occurred as lawmakers were set to approve another batch of reforms that will impose years more hardship on austerity-weary Greeks.

The new belt-tightening measures that will be imposed beyond the end of Greece’s third bailout next year, including pension cuts and tax hikes. The left-led coalition government agreed to the cuts as part of a deal with the country’s international creditors to release funds from its bailout.

Three bailouts! It’s not exactly clear that these protesters know what the word “broke” means. Although, the Greek government is no better for enabling laziness in its society year after year.

What happens when Socialism doesn’t work? Well, the socialists in power double down on it and not only take away portions of people’s pensions, but raise taxes to cover their losses. The funny thing is, the losses grow faster than the gains made by raising taxes.

The people, who are used to getting said free stuff, then complain about the system they bought into.

It should be no surprise that this is what you get when you elect a Communist to the office of Prime Minister (PM). Greek PM Alexis Tsipras is a former member of the Communist Party, and is now essentially the leader of the far left Syriza Party. Syriza is a Greek acronym for “Coalition of the Radical Left.”

Keep it up Greece, and you’re headed for a fourth bailout.