Another Clinton Operative 'Stepping Back' After Project Veritas Videos 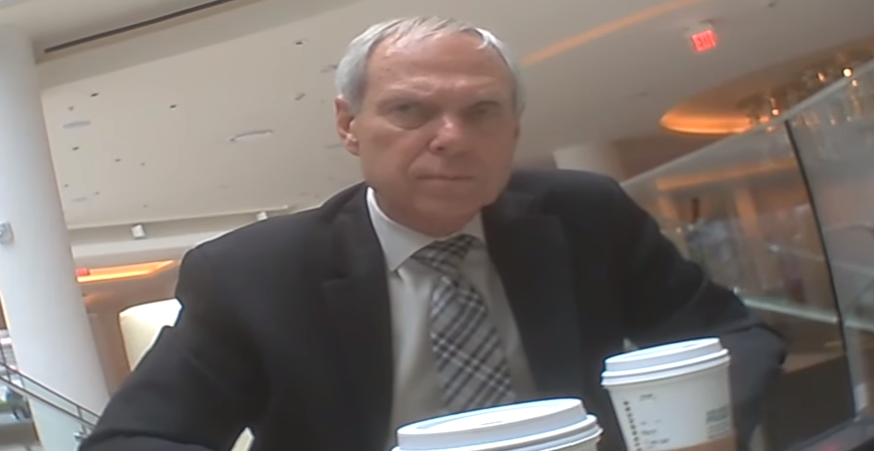 The dominoes are continuing to fall in the aftermath of the two undercover Project Veritas (PVA) videos that were released Monday and Tuesday.

Bob Creamer, the founder of the Democratic lobbyist group Democracy Partners, has decided that he will be “stepping back” in his role of helping the DNC get Democratic presidential nominee Hillary Clinton elected. Creamer also worked with Americans United for Change whose national field director, Scott Foval, was fired after he was caught on tape saying he'd paid mentally ill and homeless people to incite violence at Trump rallies. 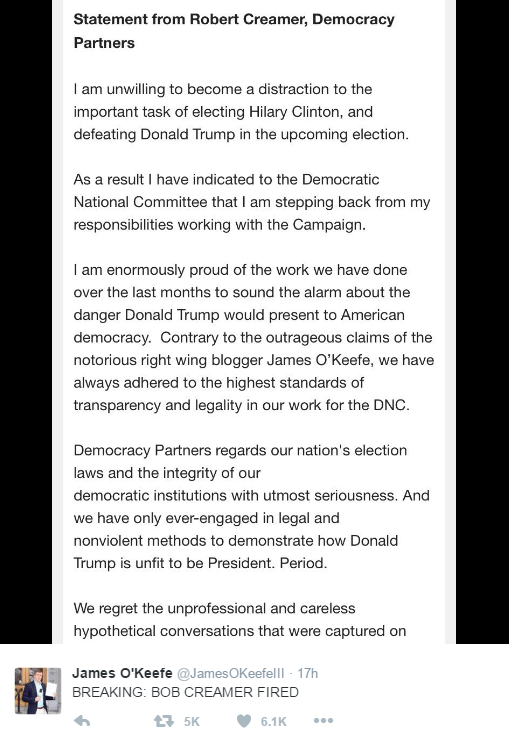 The videos show that Creamer’s role was to facilitate, with plausible deniability, what operatives did in their work up the Democratic chain (Americans United for Change < Democracy Partners < DNC < Hillary Clinton campaign).

The first PVA video showed Foval claiming that he had even paid “mentally ill” and “homeless” people to start a situation with Trump supporters.

Foval said in the second video that Creamer did not, and should not, want to know about a lot of the methods the operatives were using so that he could claim ignorance.

This is not the first time Creamer has been in trouble with the legal system. Creamer, who is also the husband of House Rep. Jan Schakowsky (D-Ill.), served five months in a Terre Haute federal prison after pleading guilty to tax evasion back in 2005.