Ugh...what don't animal rights activists get angry about? I'm not talking about regular people who simply don't want to see animals treated badly. I'm talking about the ones who look for any reason to get triggered, because they think humans are worth less than the rest of the food chain. You never see a lion attack and eat a gazelle, and then the other lions get outraged. Even the actual animals have more sense than some of these people.

Apparently, animal rights activists are upset because actor and pro wrestler Dwayne "The Rock" Johnson took his family and some friends to the Georgia Aquarium over the weekend and dared to share his family's joy of interacting with the animals.

Here's Johnson's Instagram posts (Let me know in the comments how angry you are that other people are doing things together as a family): 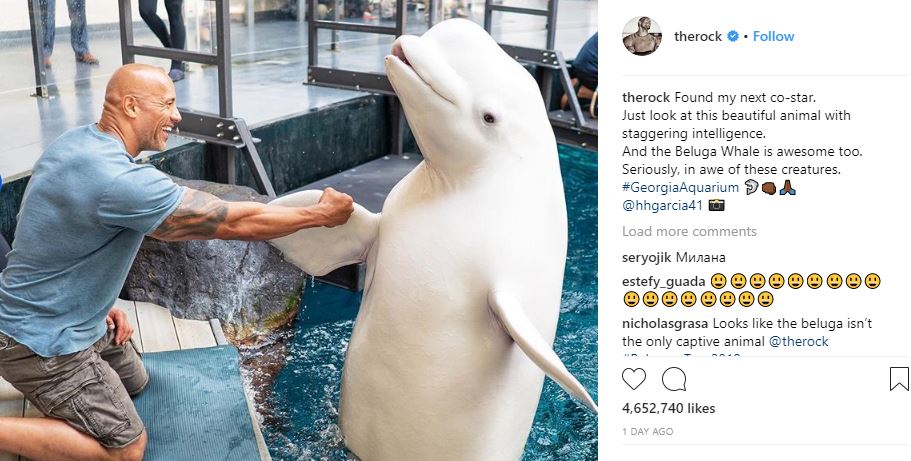 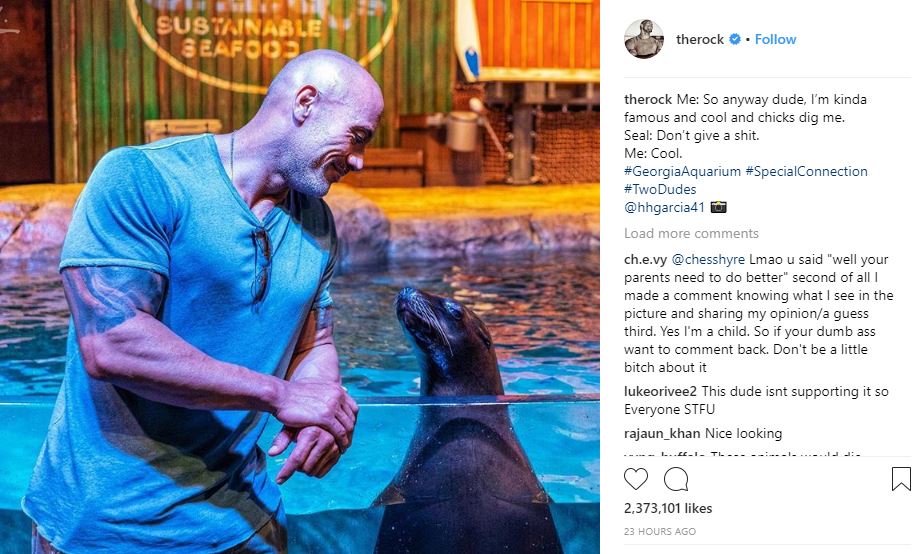 Oh, my God! They're right! "The Rock" should be condemned for giving that dastardly smile to that poor, defenseless seal! He's endorsing animal abuse, because he took a picture with the animals! Of course, that's sarcasm. But, the comment section might as well have been on fire, because the animal rights people were not having it.

"Why are you promoting how bid a jerk you are?" one grammatically-challenged commenter wrote about the picture Johnson took with his family.

"That poor animal should be free in the Sea!" one commenter said. "Shame on you @therock Go Vegan You Jackass lol Big Bucks Big Muscles But A Small Heart."

"This animal is indeed beautiful and this is cruelty," said another commenter. "Please don’t post pictures with beautiful creatures imprisoned and suffering. All people with half a brain and a heart know, that this will continue until NOONE pays for this cruelty anymore and no one wants to see such pictures!!!"

What these people don't understand is that a lot of these animals were raised in captivity. If you released them into the wild, they wouldn't stand much of a chance.

What's next? Are these loons going to get angry if someone takes a walk in a park, because they might step on an ant hill? Sell that garbage somewhere else.