Amherst Students Denounce America, 'War on Terror' on Anniversary of 9/11

They say timing is everything. But for indoctrinated college students, timing, along with respect, apparently doesn’t matter much as long as their narrative is heard.

On the anniversary of the September 11, 2001 terror attacks, unidentified students at Amherst College in Massachusetts hung a banner outside a campus dining hall shaming the U.S. for its “war on terror.”

Here’s the banner in question: 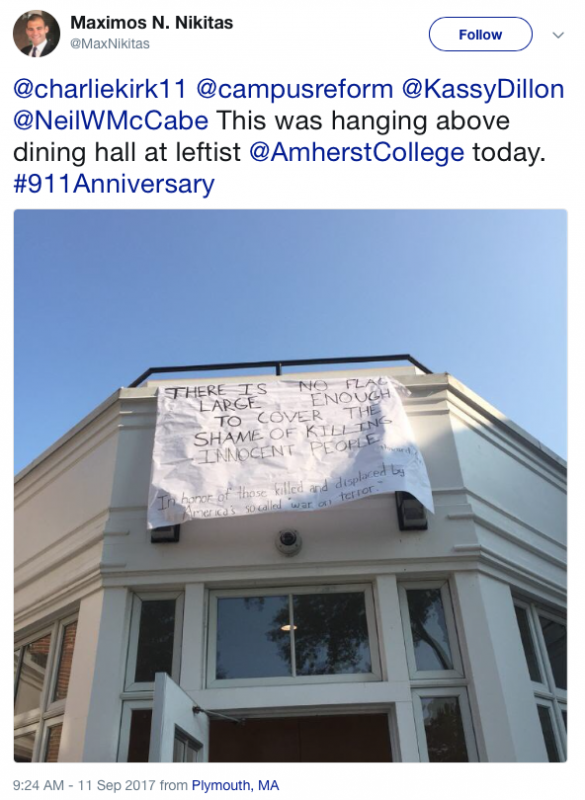 The banner reads, “There is no place large enough to cover the shame of killing innocent people. In honor of those killed and displaced by America’s so-called ‘war on terror.’”

In response, college officials said that despite the banner being “deeply insensitive,” the school will allow the banner to stay up in the name of preserving free speech.

Amherst College has dealt with free speech debates in the past, but has so far stuck to their message of maintaining free speech on campus.

But ironically, the same student body that now wants their free speech recognized through their banner are the same ones that asked for free speech to be banned back in 2015.

According to Campus Reform, at the time:

More specifically, they want President Martin to denounce the actions of students who displayed “All Lives Matter” and “Free Speech” posters, and to warn the student body that in the future, “racially insensitive” speech would merit disciplinary action.

Essentially, the radically liberal students on the Amherst campus only want free speech to work one way.

In response to the extremely ill- timed banner, the Amherst College Republicans erected a sign inside the dining hall that read “Never Forget,” along with an American flag.

Amherst Republicans aren't strangers to controversy at their school. According to a post on the Amherst College Republicans Facebook page, flyers like this one were posted on the windows of their meeting place during their first gathering this year. 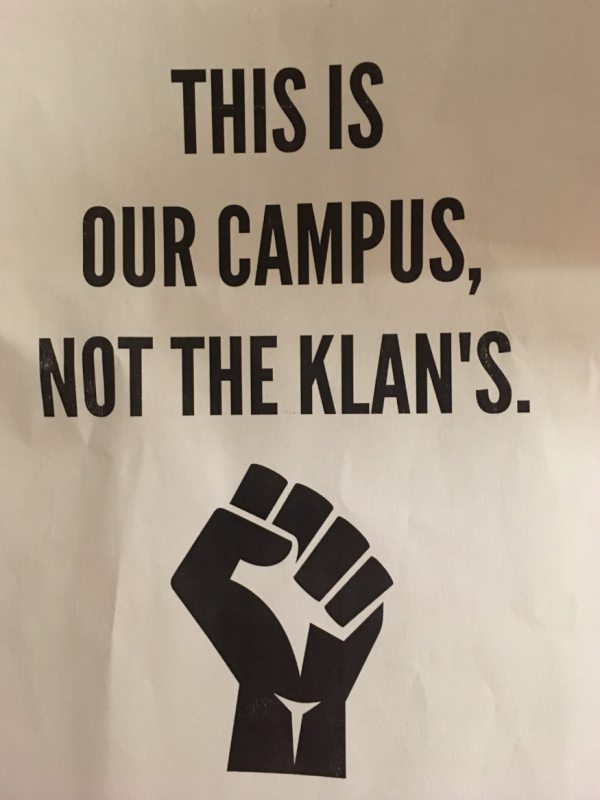 As we can clearly see, Amherst liberals and Socialists show little to no class when it comes to other people’s right to free speech.

While it’s perfectly within radical liberals' rights to say what they want to say, it’s high time that they be made aware that free speech doesn’t only apply to them. It’s one thing to espouse their vitriol for the U.S. -- it’s quite another to use a very solemn day in our country to promote their anti-American message of division.