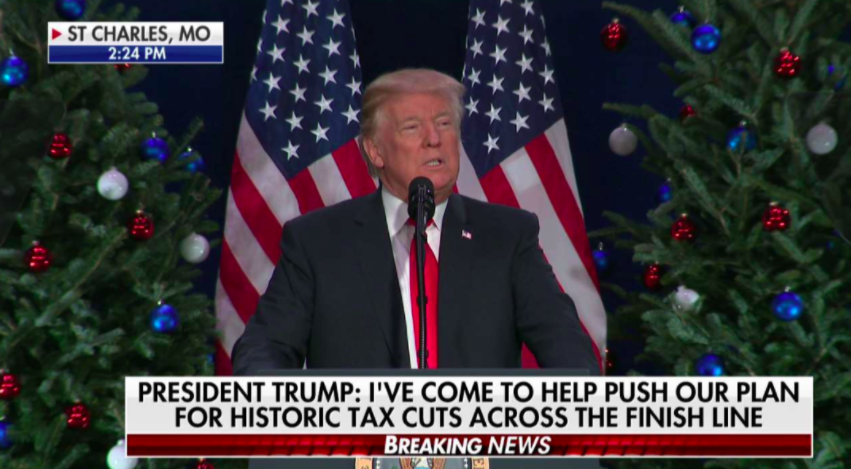 Americans do not seem confident in President Trump’s promise to deliver tax cuts as a “big, beautiful Christmas present.”

In a new Rasmussen poll, Americans are deeply divided on the issue.

Only 49 percent of respondents think it’s “at least somewhat likely” that Congress will cut taxes before the end of the year, including 24 percent who think it’s “very likely.”

Forty-five percent (45%) say it’s “unlikely” Congress will accomplish tax reform, with 19 percent who think it’s “not likely at all.”

The poll also asked what worries Americans more: that President Trump and Congress will not cut taxes enough or that they will cut taxes too much.

Most Americans (41 percent) are worried taxes won’t be slashed enough, while 38 percent worry that they will be cut too much. Twenty-one percent (21%) poll undecided.

Republicans are more likely than Democrats to worry that Trump and Congress won’t cut taxes enough. Most Democrats worry that tax cuts will go too far.

President Trump in a speech in Missouri last week promised to give Americans major tax cuts by Christmas Day. He said that the tax plan would bring the “biggest tax cut in history, bigger than Reagan.”

The Senate passed its version of the GOP tax plan in a late night vote on Saturday. Now the House and the Senate will hold a conference to hash out the differences between their two bills.

Congress is aiming to put a bill on President Trump's desk by holiday break.

The Rasmussen survey of 1,000 likely U.S. voters was conducts on Nov. 30 and Dec. 3 and has a margin sampling error of 3 percentage points.