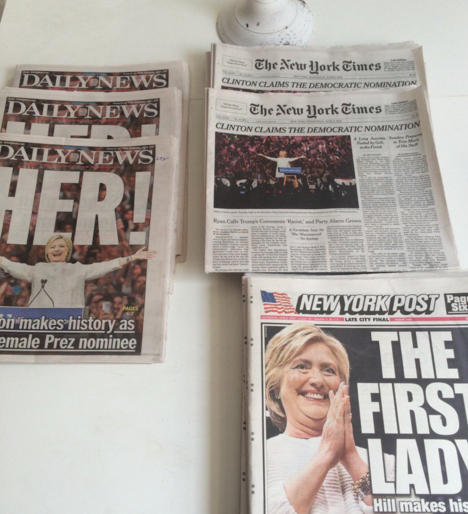 Americans’ confidence in newspapers and television news as trustworthy or reliable U.S. institutions has experienced a steep decline over the past decade.

Confidence in newspapers hit an all-time low this year at 20%, in contrast with 30% in 2006 and 39% when Gallup first started recording the topic's trend data in 1973. 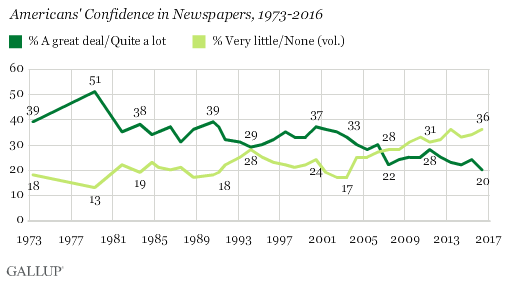 Similarly, Americans have lost confidence in television news, a measure which dropped 10 percentage points since 2006. 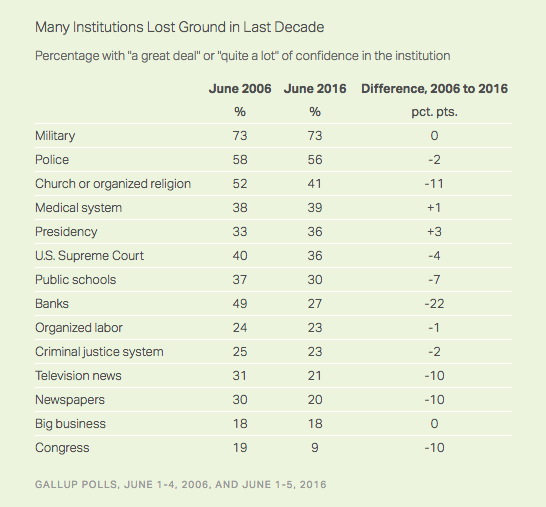 Other key U.S. institutions that have seen a significant decline in Americans’ confidence over the past decade include Congress (9%), church or organized religion (41%), and banks (27%).

Confidence in banks fell the most, plunging a whopping 22 percentage points since 2010, which Gallup attributes to the bursting house bubble in 2007 and 2008 and the ensuing financial crisis.

Americans continue to have the most confidence in the military, steady at 73%.

The 2016 presidential election has put a spotlight on media outlets and how they clearly demonstrate bias for particular candidates, which may offer a partial explanation for why Americans today have less confidence in newspapers and television news than they did 10 years ago.