Americans Are Spending More On Planned Parenthood Than They Realize 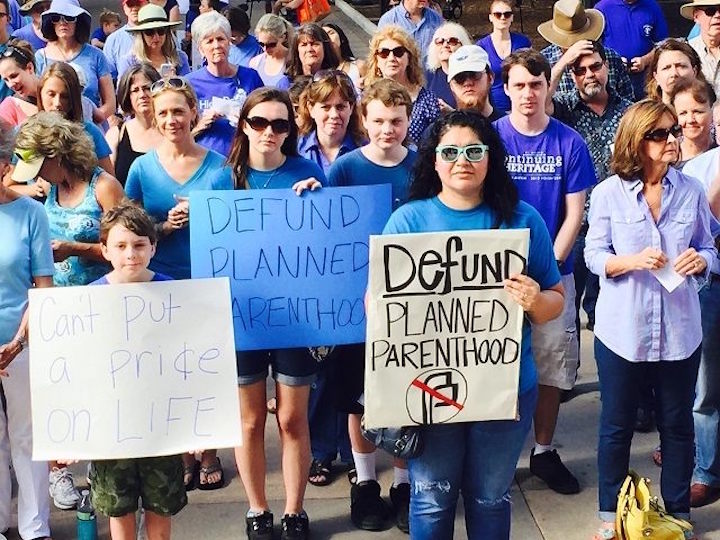 Many concerned Americans are following the battle in Congress to defund Planned Parenthood, spurred by videos released over the summer by the Center for Medical Progress allegedly showing the organization selling the pieces of aborted babies. However, even if the abortion organization loses its funding from the federal budget, many tax payers will still be supporting it with their hard-earned dollars. Because along with the money they get from the from the federal budget, Planned Parenthood receives money from Obamacare and from state coffers.

As reported by Live Action News, 41 percent "of Planned Parenthood’s annual revenue—$528 million— came in the form of government grants and reimbursements, according to the group’s 2013-14 Annual Report":

While Medicaid and Title X are not directly paying for abortions at the federal level these programs ensures that Planned Parenthood continues to receive over $500 million in taxpayer funding every year. As the nation’s largest abortion chain, Planned Parenthood commits over 320,000 abortions annually, and is the leading abortion advocacy group with tremendous political clout.

In 2010, Obamacare didn't have enough votes until supposedly pro-life Rep. Bart Stupak (D-Mich.) announced that the promise of an executive order on abortion from President Obama had convinced him and other pro-life Democrats that there would be no public funding of abortion under the bill. After the bill was passed, the President issued Executive Order 13535, just as he'd promised.

It did little to stop Obamacare from covering abortions.

The Government Accountability Office reported in September of 2014 that 1,036 health insurance exchange plans under Obamacare illegally cover elective abortions. The health care law mandates insurers offering coverage for elective abortions to collect a minimum surcharge of $12 a year from individuals, which is then placed into a separate account to pay for abortion procedures. This rule, however, is being ignored by insurers, according to the GAO.

Therefore, according to the GAO, Obamacare is sending federal funding to health insurance plans that cover abortion. And, since about one third of all abortions in the United States are performed by Planned Parenthood, the group is getting some of the federal money going into those exchange plans.

While the 1976 Hyde Amendment prevents federal taxpayer dollars from funding abortions through Medicaid—with the exception of cases involving rape, incest, and life of the mother—the program is jointly funded by both the federal and state governments. The 17 states listed above, however, have expanded the definition to include most elective abortions.

So depending on where you live, defunding Planned Parenthood will not stop your tax dollars from supporting the ogranization's infanticide business, or the selling of baby parts.