Former Colorado Democratic candidate, social justice activist and writer Saira Rao got lit up on Twitter this week for openly posting that “The American flag makes me sick,” before going on an unhinged tirade about how much she vehemently hates white people. 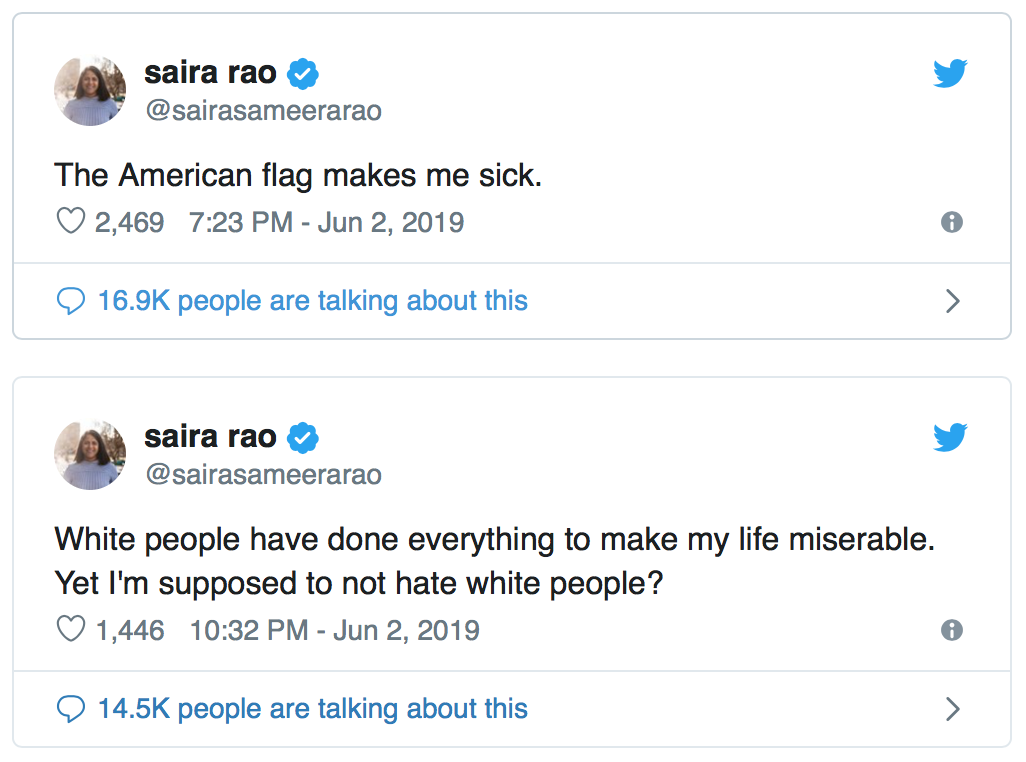 To add to it, here’s just a snippet of Rao’s bizarre anti-American, anti-white, anti-man and…well, pretty much anti-everyone-else outburst that followed that little ray of sunshine: 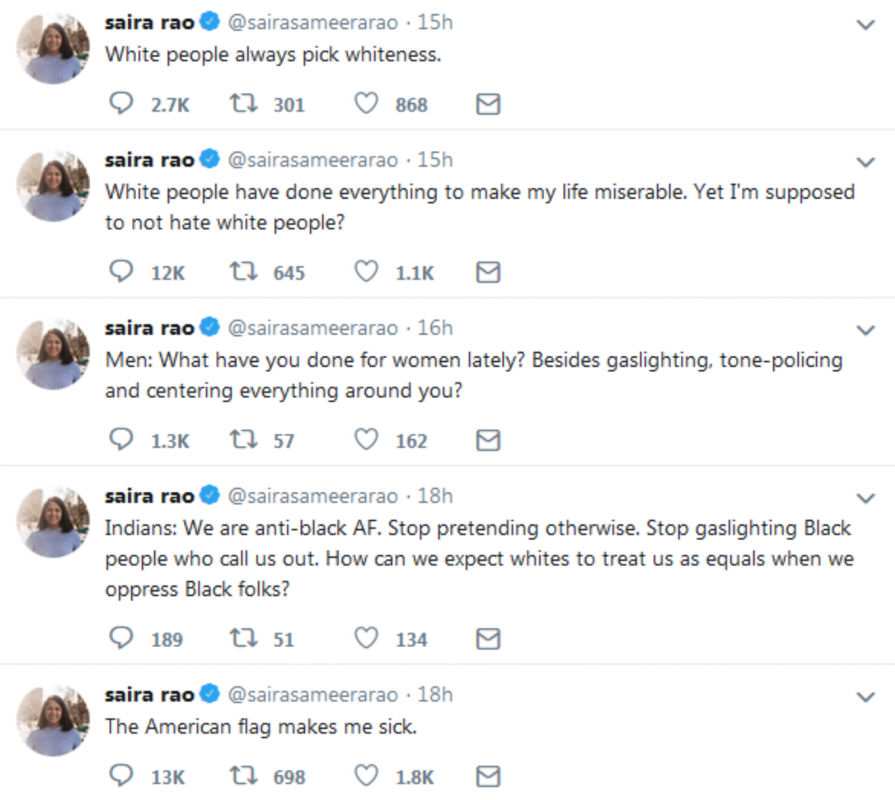 But perhaps this hysterical outburst isn’t so shocking, given who we’re dealing with. After all, Rao recently hosted an event called “Race2Dinner,” where she asks white women to sit and silently subject themselves to the “pain” and inane ranting of minority women who feel they’ve been oppressed.

“We are not here to change anything," the event description states. "We are here to express the pain you have caused, white women. What you do after you leave the dinner is up to you. WE don’t care about your feelings. SIT WITH THAT FOR A MINUTE. Your feelings pale in comparison to the violence you have caused Black and Brown women."

Shockingly, no one's shown up that we can tell.

Rao has since made her Twitter account "private." If she's smart, she'll do the same with her opinions.