The 'Force' is Strong With This One: Alyssa Milano Suggests Trump Has the Ability to Control Minds

Alyssa Milano can’t believe that people could actually agree with President Trump, so she has convinced herself that he is controlling their minds with a “cult-like force."

Last Wednesday, in an interview with MSNBC, Milano expressed she was “filled with a lot of rage” at the White House for backing President Trump’s comments concerning Dr. Christine Blasey Ford’s sexual allegations against now Associate Justice of the Supreme Court Brett Kavanaugh.

She was angered when the President said that men were having a hard time right now because of the new “culture” of “guilty until proven innocent.”

“I feel as though he is completely and totally belittling the intelligence of the American people,” said Milano.

When MSNBC anchor Stephanie Ruhle let her know that a “huge portion” of the population agreed with the things Trump has said, Milano replied, “Do they agree with him? Or is he using some sort of like cult-like force, to, to try to make them see that?”

She was dead serious by the way -- and I mean, dead serious. Ruhle's facial reaction to that comment says it all. 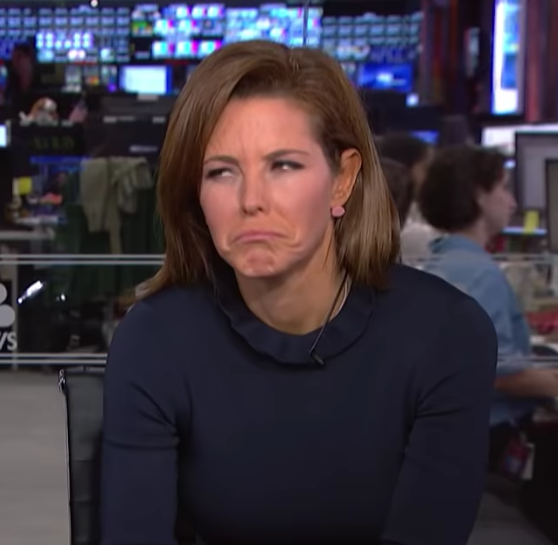 The actress/activist went on to express more of her disagreement with Trump’s past statements and said that women “will not be silenced any longer.”

“And if that means that men are having a hard time right now, then I’m sorry this is the way that the pendulum has to shift for us to have equality and security in our country and within our societal views of what it means to be a woman," said Milano. "We are considered less than, and we cannot stand for it anymore."

So basically, destroying someone’s life with a sexual misconduct allegation that can’t be proven, is okay as long as “equality” is achieved between the sexes? Okay, I gotcha.

Now remember, Milano played a witch on the show “Charmed” back in the late 90’s-early 2000’s, so maybe she is an “expert” on things like “cult-like forces.” Think about it, if you could bear to watch “Charmed” for its 178 episodes and 8 seasons, you probably had to be under a “cult-like force," too.

And even further, if you could make it through her interview on MSNBC without cringing, you’d probably have to be under the same type of “force."