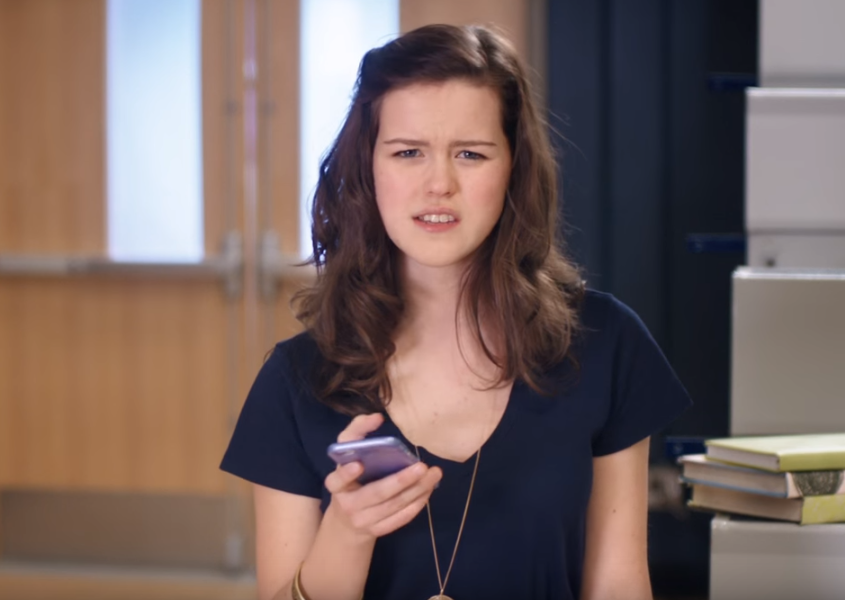 In its #LikeAGirl advertisement, Always informs the public, “Girls send over a billion emojis every day.” The company then asks the important question, “But do emojis represent them?”

Always then surveyed young girls about their opinions on emojis.

One girl notes that all of the emojis referencing women appear to be “pink, or like, a girl.”

A visibly annoyed girl protests, “There are no girls in the profession emojis unless you count being a bride a profession.”

Another girl comes to the realization while scrolling through her emojis that she sees emojis “rock climbing, basketball, biking, playing basketball” while “none of the girls are doing this.”

“What’s the deal in that? Why not girls!” another insists.

One of the girls concludes, “Girls love emojis but there aren’t enough emojis to say what girls do. That’s just how things are.”

Always then connects a lack of female emojis with a lack of self-esteem, stating, “At puberty, girls’ confidence plummets. So what does it say when even emojis limit them to stereotypes?”

“I want every girl to grow up knowing that she is capable of everything,” one of the girls says (because, apparently, girls receive their life aspirations from emojis).

Always demands that we need to “make emojis as unstoppable as the girls they represent.”

Always encourages people to use the #LikeAGirl hashtag so they can share what kind of “girl emojis” they would like to see.

A review of the advertisement on Adweek reveals Always tries to push the narrative that girls are severely stunted by a lack of female emojis even further.

Always claims, “more than half of girls believe that female emojis are stereotypical” and “67 percent agree that the available female emojis imply that girls are limited in what they can do.”

On top of that, “3 in 4 girls” apparently “agree that female emojis should not only be portrayed doing feminine activities such as getting their hair cut or manicures” and “would like to see female emojis portrayed more progressively, including professional options.”

However, there is no word on whether Always is hiring an app developer to create an alternative keyboard that solely features female emojis.