There’s a lot of warped brains inhabiting the Hollywood Communistic Cult, and you can now add actress Ellen Barkin to the list.

Barkin took to Twitter on Thursday to voice her anger concerning the Thousand Oaks, Calif. bar shooting that claimed the lives of 12 people, not including the shooter who was found dead at the scene.

The only problem — well, there’s multiple problems with Barkin’s tweets — was that she noted the shooter, but blamed everyone else that she could think of for the tragic event. President Trump was the main culprit in Barkin’s tweets, because she claims he’s a “blood-soaked monster” and an “illegally elected criminal.”

Take a look as Barkin targets and blames NRA spokeswoman Dana Loesch and NRA CEO Wayne LaPierre, after indicting Trump for the shooting: 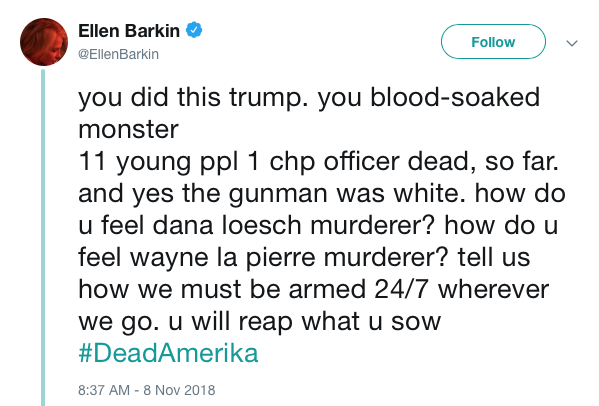 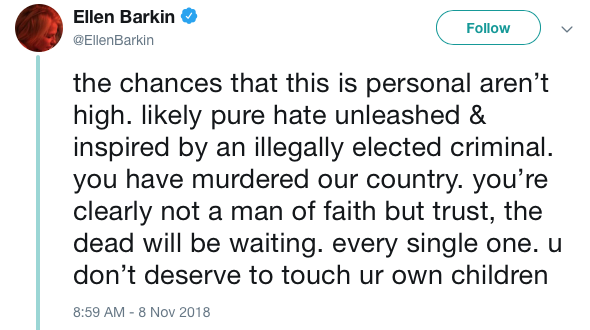 If you noticed, Barkin also took a swipe at Trump by saying the president doesn’t “deserve to touch [his] own children.”

However, Barkin wasn’t done with her sick tweets just yet. She then targeted 12-year-old son of the president, Barron Trump, to drum up sympathy for her madness: 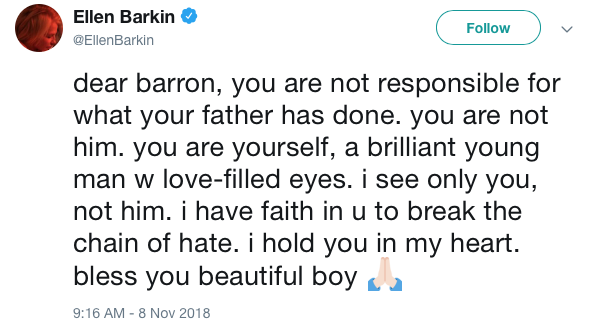 So, let me get this straight. If Barkin believes that Barron Trump is a “brilliant young man w love-filled eyes,” and is the “beautiful boy” she claims him to be, then wouldn’t that tell you that the president and First Lady Melania Trump have done a good job with the boy?

But, this isn’t the first time Barkin went off the rails insane on Twitter towards Trump.

Check out this tweet from October where Barkin indicated that Trump be removed in more than one way: 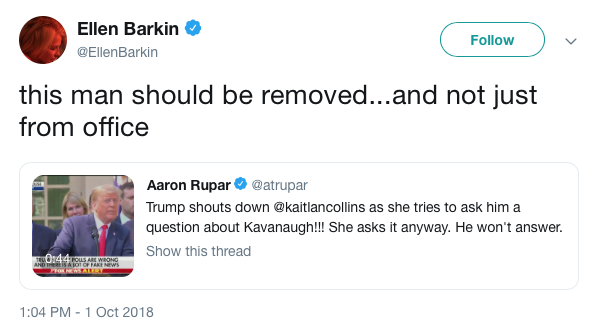