Poor, David Hogg. The more he opens his mouth, the more he gets exposed for not knowing what the heck he’s talking about. Sounds like a certain “Democratic Socialist” we all know. Alright, I don’t feel bad for him.

Anti-NRA activist and activist in general David Hogg is getting blowback from his own supporters after calling House Minority Leader Rep. Nancy Pelosi (D-Calif.) “old” in a New York magazine interview published over the weekend.

To his credit, Hogg has since tweeted ownership of the things he said about the former speaker of the House. He also called President Trump and Sen. Orrin Hatch (D-Utah) “old” as well. 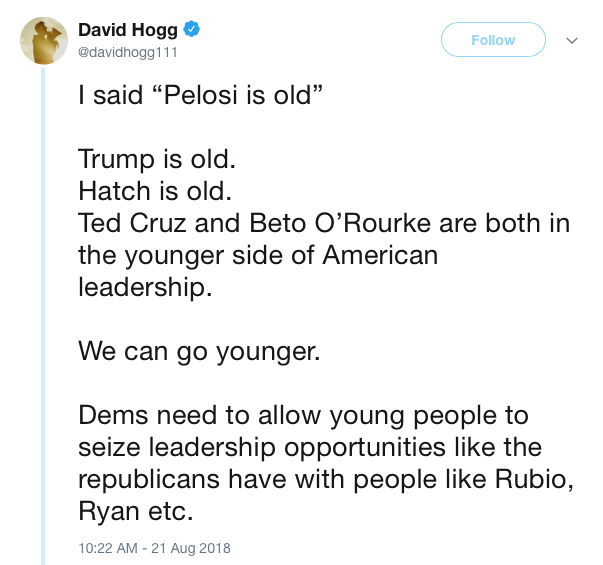 Take a look at the response to Hogg from people who usually agree with him: 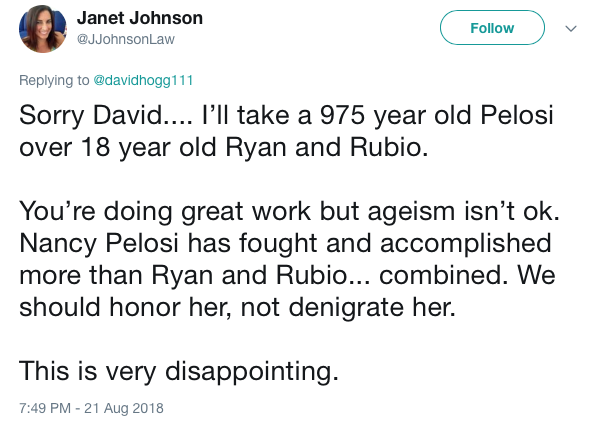 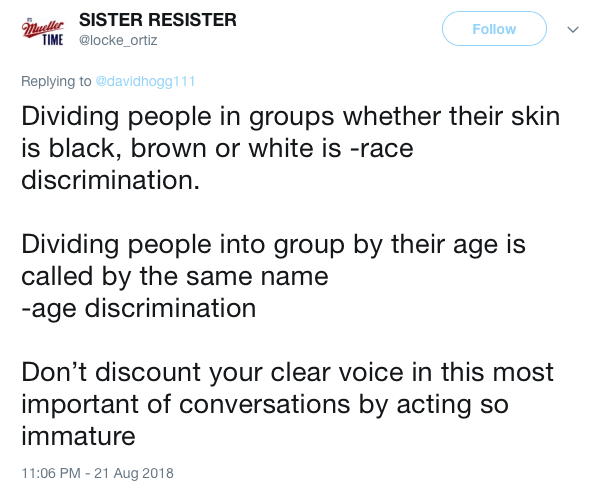 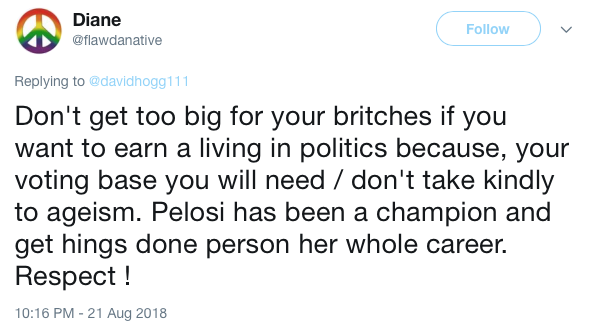 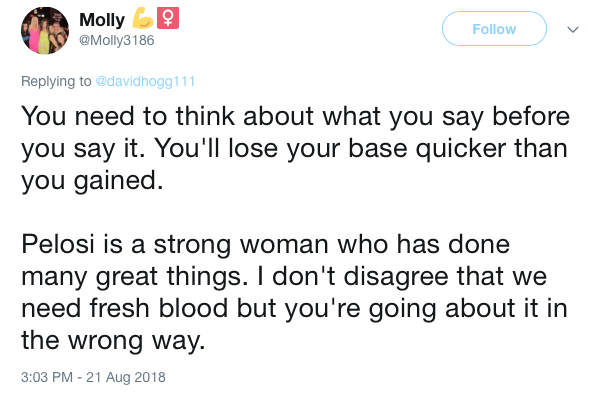 I don’t know which is more stupid. That the people criticizing Hogg also agree with him most of the time, or that these people are putting Pelosi on pedestal like she’s some great champion of the people.

We can argue the merits of Pelosi’s career, but that’s a different conversation altogether. Needless to say, the Left will always, eventually eat their own.

I’ll leave you with this classic little nugget from the mouth of Hogg himself (Warning: Strong Language):