Incomprehensible as it sounds, ABCNews has connected with a leftist, anti-rights organization to offer biased and manipulated information in support of a series of anti-gun “special reports.”

AWR Hawkins reports for Breitbart that:

(T)he week-long special is framed as a focus on gun violence across the country. However, in the midst of coverage, ABC News admitted they “dug” down and discovered ‘violence occurs disproportionately in poorer, urban areas — from Los Angeles to Chicago to New York City.’ In other words, Democrat-run cities.

Hawkins continues, explaining that ABCNews not only is focusing on certain urban (Democrat-run) areas as examples of American “gun violence”, but that the “national statistics” ABC uses come from the Gun Violence Archive (GVA), which doesn’t distinguish defensive uses of guns against violent attackers from violent attacks perpetrated by people with guns, and which engages in other curious forms of statistical magic. 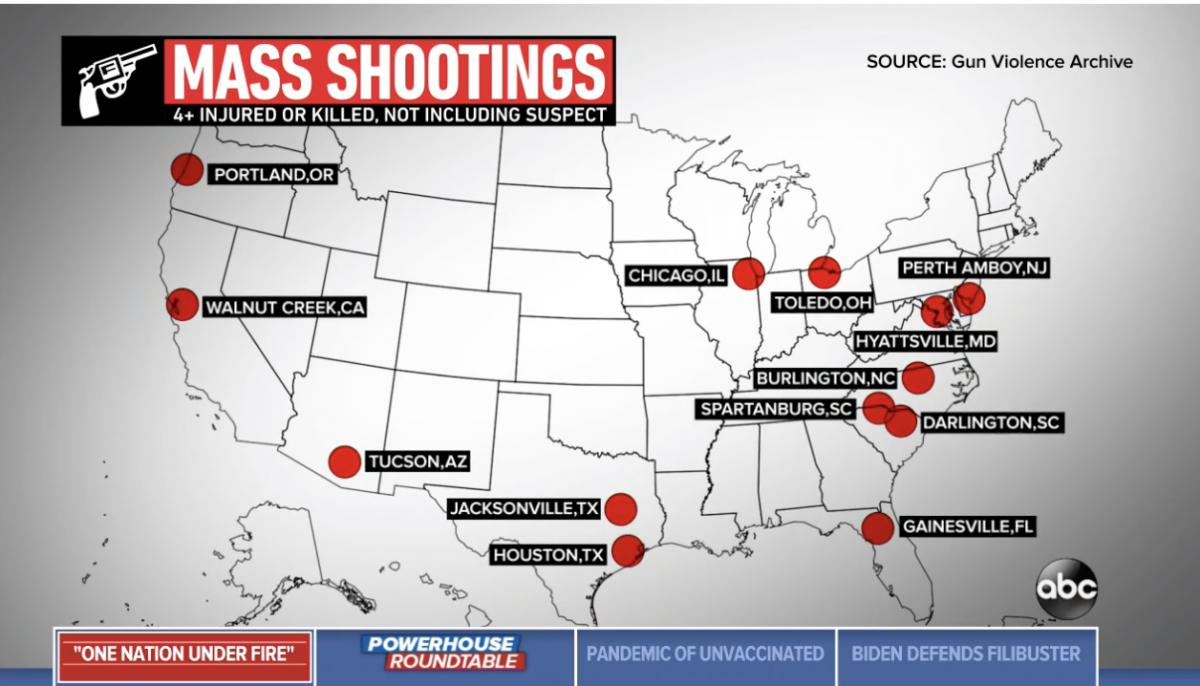 And this kind of statistical manipulation already has been exposed, years ago, by editor Mark Follman of Leftist publication Mother Jones. Hawkins notes:

The Gun Violence Archive listed 335 mass shootings for 2015, and this deserves a closer look, as Mother Jones editor Mark Follman addressed the left’s exaggerated claims of mass shootings in 2015.

Follman compared the GVA number to the FBI Uniform Crime stats, writing for the New York Times a piece about his findings, and, lo and behold, he found that the GVA stats were inflated.

At Mother Jones, where I work as an editor, we have complied an in-depth open-source database covering more than three decades of public mass shootings. By our measure, there have been four ‘mass shootings’ this year, including the one in San Bernardino, and at least 73 such attacks since 1982.

As Hawkins observes, that’s a stark difference. A reality of four, versus the GVA claim of 335, in 2015.

But, if the ABCNews mob is wrong, biased, and seemingly unethical in their “reporting,” at least they’re consistent.

After all, it was just April of this year when the network chatterboxes refused to refute the erroneous gun myths tossed around by Joe Biden during a “gun control” speech.

And, curiously, no one at ABC mentioned that the Second Amendment strictly prohibits all levels of government in the US from infringing on the right to keep and bear arms, meaning Biden’s attempt to infringe would be…

But why bother with facts when ABC has a collectivist agenda to promote?

Why bother mentioning that the last time Biden was in the White House, as VP, the feds got caught funneling weapons into Mexico in “Operation Fast and Furious,” weapons many knew were intended to get into the hands of black-market drug dealers who would bring them back into the US? Weapons that WERE, in some cases, brought back, and one of which was used to kill border agent Brian Terry?

This kind of manipulative “reporting” is reminiscent of how gun-grabbers fervently often combine suicides and the gang-shooting deaths of 18-year-olds with “child gun deaths,” making it appear as if more innocent children accidentally are killed than the poor few who actually do die from self-inflicted gun wounds.

The bottom line is that armed, peacefully-minded people act as deterrents to violent criminals who might want to harm others. Criminals consider the possibility that a potential target could be armed, and the higher the likelihood, the more likely the criminal will change his or her behavior to leave the armed target alone.

And, of course, as ABC’s coverage inadvertently reveals, areas with high barriers for peaceful people to obtain firearms tend to have some of the worst incidences of violent crime.

But the practicalities are not pertinent to the matter of the in-born right to self-defense. Nothing any politician or ABC talking head can say will wipe away the God-given right each of us has to defend his or her life against aggression.

They can play with stats all they want. God already laid out the facts.