Hillary Clinton made headlines this week, but not for her 2016 ambitions.

It was revealed that throughout her entire four-year stint at the State Department, Hillary had used a personal email account to conduct government business.

Conveniently, Clinton's aides did not preserve the emails as required by the Federal Records Act.

On Thursday's Morning Joe, ABC host Nicolle Wallace amounted the scandal to nothing more than hype over a private email account full of "wedding stuff." 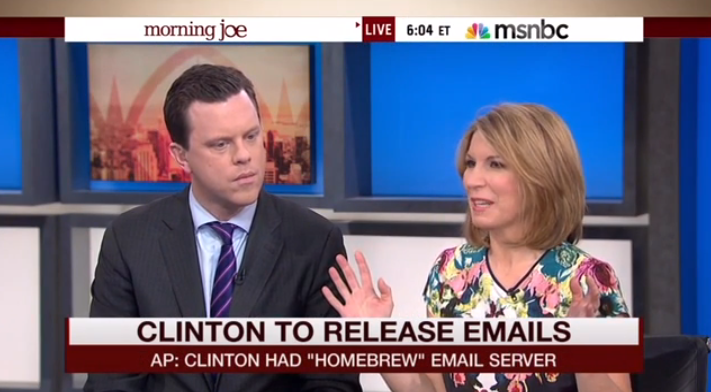 Minimizing the significance of a federal official conducting government business through a private "homebrew" email server, Wallace called the story "classic," saying that this kind of drama about the Clintons "always happens."

MIKA BRZEZINSKI: “Her staff got a server at her home and decided to do it their own way. And if they're so busy at home getting their server—”

NICOLLE WALLACE: “What's the revelation, that the Clintons didn't follow the rules? That the Clintons tried to hide stuff and that the Clintons are now acting like it's a vast right-wing media conspiracy that people want to see it? I think it's so classic it's almost biblical. I mean, this always happens.”

BRZEZINSKI: “That doesn't make it not a story; it may be a classic narrative.”

WALLACE: “I'm not saying it's not a story. I'm just saying we're going to talk about it and then they're all going to get turned over and it's going to be a bunch of wedding stuff. Who did she e-mail that we think we're not going to see?”

JOE SCARBOROUGH: “How do you know that?”

WILLIE GEIST: “Well, they open themselves up to this when they give the 55,000 and not some others. It makes you wonder what's in the other emails.”

GEIST: “And if they didn't have ‘.gov’ at all that means that she conducted all of her official business. So it's more than wedding stuff.  It's correspondence with leaders and everything else.”

The fact that a Cabinet-level official ran her own private, not to mention technically sophisticated, server raises red flags. 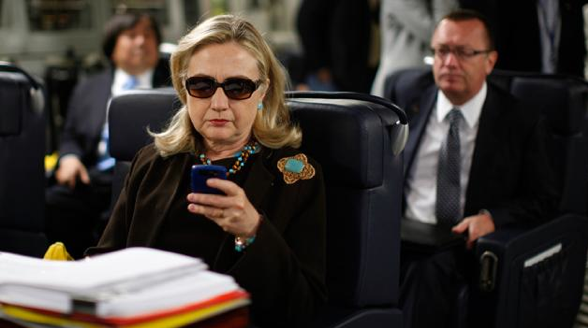 "Hosting email through one’s own server is typically the exclusive domain of technical experts, so Clinton’s move was highly unusual. It would give her 'impressive control over limiting access to her message archives,' reported the AP, because investigators would have to go directly through her, and could not appeal to a corporate email host like Google or Microsoft."

That being said, how Wallace could amount the controversy to a right-wing conspiracy over "wedding stuff" is shocking.

After enduring 72 hours of negative press, Hillary announced on Twitter that she would be releasing her emails to the public:

I want the public to see my email. I asked State to release them. They said they will review them for release as soon as possible.

She has since turned over 55,000 pages of emails to the State Department for examination.

The catch? Well, with her own exclusive, in-home Internet server "@clintonemails.com," the former First Lady or perhaps members of her staff were able to filter and carefully select which emails to hand over.

Like Willie Geist said to Wallace, "It makes you wonder what's in the other emails."

Check out the heated exchange on MSNBC's Morning Joe below.