ABC News political analyst Matthew Dowd tweeted Wednesday night that President Trump and his administration are doing “more damage than ISIS has ever done to America.”

"When people repeat lie after lie after lie to further their political agenda or to protect people they want in power, then they do incredible damage to our Republic. More damage than ISIS has ever done to America,” Dowd wrote.

He didn’t offer a clear explanation of whom or what “lies” he was referring to while making the outrageous comparison, but in his responses to different comments Dowd made it clear he was talking about President Trump, his administration, and even those who support him.

In response to critics asking him to address how the Obama administration had lied about several issues including healthcare and Benghazi, Dowd said that Trump and his administration “doesn’t compare to any politician or administration in the past” and that comparing him to former President Obama is like “comparing somebody who wrote graffiti on a building to someone who knocked the entire building down.” 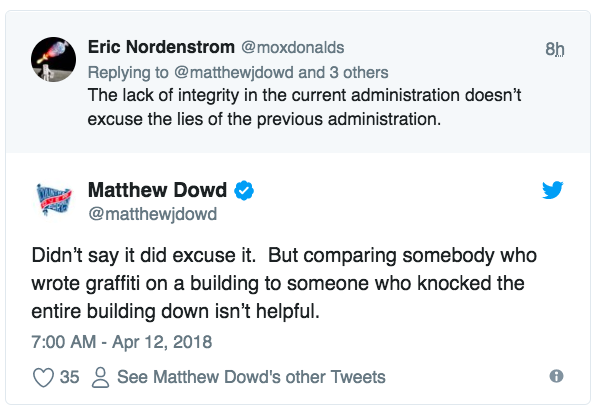 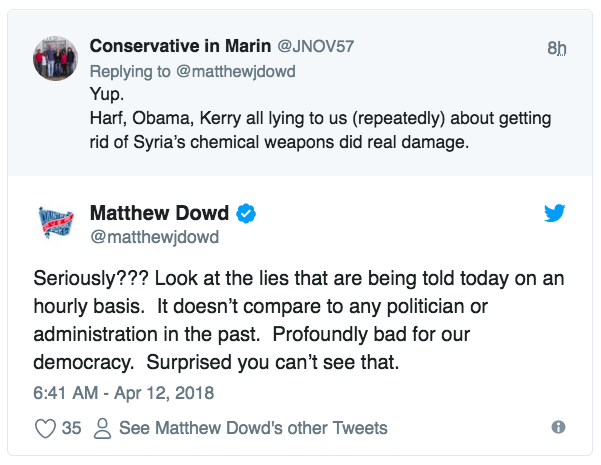 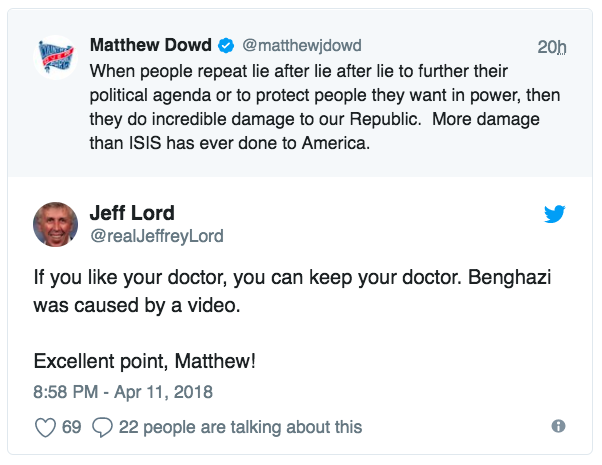 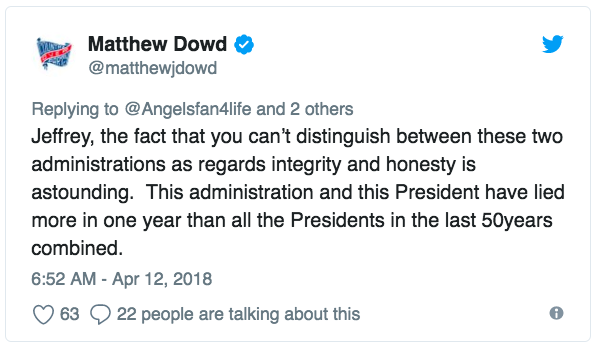