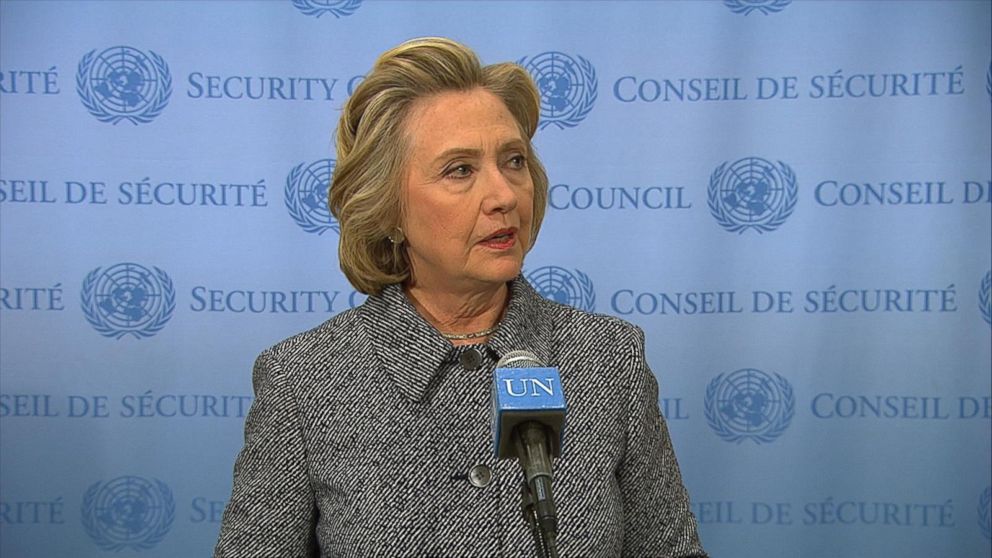 1. Why did Hillary set up the separate server in the first place?

In her Tuesday press conference, Hillary claimed that she set up the non-state department server as a matter of convenience but didn't’t go into detail about what those conveniences were that couldn't be accomplished with a State Department email address.

“I thought it would be easier to carry one device for my work,” Clinton said during her news conference.

But, how many devices Hillary carried does not have anything to do with what email address she was using on those devices. 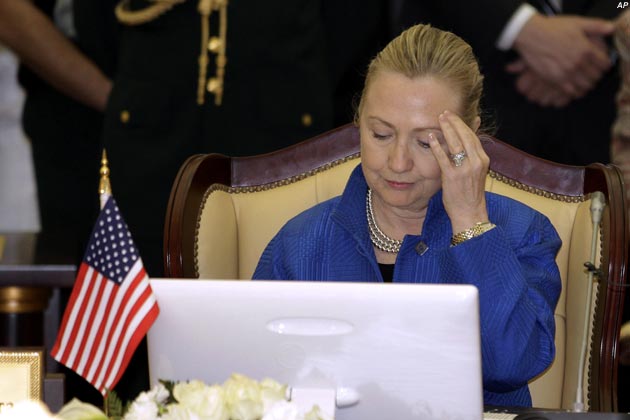 2. How many emails did Hillary delete or not turn over?

Hillary has turned over 55,0000  pages of emails from her time in the State Department.  While 90% of those were between Hillary and govt. officials with state.gov email addresses, another 10% were correspondence with other government officials as well as some with non-government email addresses.

However, Clinton has claimed that about half of those emails were personal in nature and were deleted or would not be turned over for review. ( That's a whole lot of personal emails.) But, if everything was innocuous in the emails, why would Hillary go to all the trouble to delete them from the server to begin with?

The server is in Hillary’s house in Chappaqua so, while all of her correspondence with government officials is public, private emails are sent to non-governmental addresses are not. 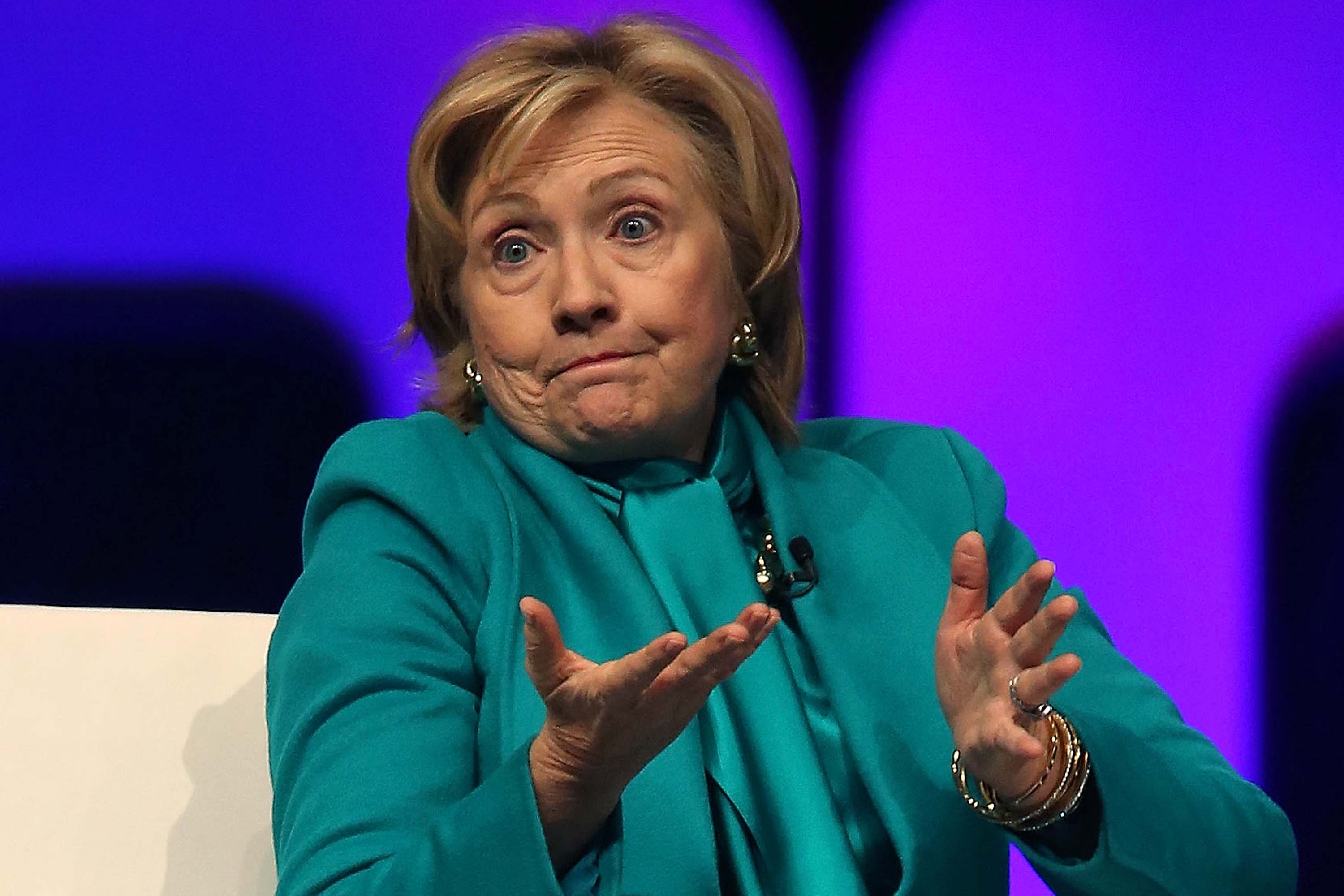 3. Why won’t she turn over the server?

Clinton claims that turning over the server compromises her privacy as she doesn't want people reading personal emails about her yoga classes or her daughter Chelsea’s wedding.  Of course, this privacy could have easily been accomplished by using two email addresses. One for her State Department business and another for her private conversations.  So, unless Hillary is just really lazy or really dumb, she obviously had some other reason to use the private server for all her email activity. 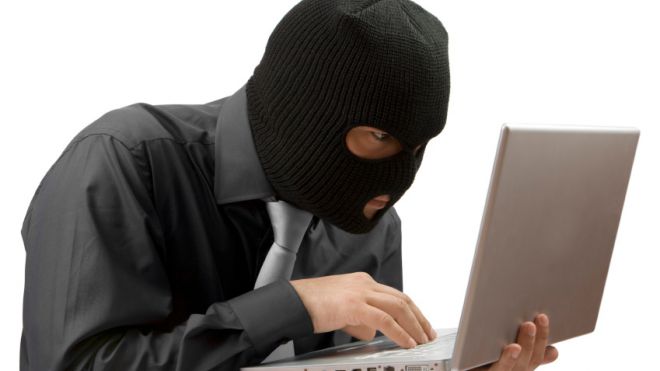 4. Was the server secure?

Hillary’s team has claimed that “there is no evidence there was ever a breach.”  But there’s no way that Clinton could possibly know that.  That's the thing about hackers.  They're really good at covering their tracks. Hillary claims that the server she used was originally set up as President Clinton's private server and was protected by the Secret Service.  Presumably, tiny Secret Service agents that protected the server from within with tiny hacker-preventing data guns.

“The White House, State Department and Hillary Clinton’s personal office knew in August that House Republicans had received information showing that the former secretary of state conducted official government business through her private email account — and Clinton’s staff made the decision to keep quiet.

Sources familiar with the discussions say key people in the Obama administration and on Clinton’s staff were aware that the revelation could be explosive for the all-but-announced candidate for president. But those involved deferred to Clinton’s aides, and they decided not to respond.”

As with so many other major events, President Obama claims to have first heard about it from news reports when the story broke. Which raises the additional question of whether the President and Secretary of State ever corresponded via email.  If so, how likely is it that the President did not notice that Clinton was emailing him from hdr22@clintonemail.com rather than a governmental address?

So while she was Secretary of State, either no one noticed that Hillary was using a non-governmental email address, (Unlikely), no one raised concerns about it to the White House or to the Secretary herself (highly irresponsible) or that they decided to cover it all up until House investigators discovered it in August. (Nixonian). 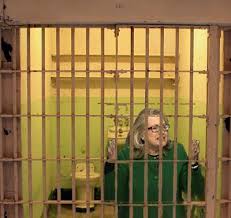 6.  Did Hillary Break the Law?

This is a murky area.

A 2005 State Department directive said “It is the Department’s general policy that normal day-to-day operations be conducted on an authorized [Automated Information System], which has the proper level of security control to provide nonrepudiation, authentication and encryption, to ensure confidentiality, integrity, and availability of the resident information.” So it’s pretty clear that she violated State Department policy.  But, that’s internal policy - not federal law.

The law in question is the Federal Records Act of 1950, which requires government agencies to preserve records that contain official government business.  Clinton’s team is arguing that since President Obama did not sign an update to the Act that bars government officials from using private email accounts for government business until 2014, that the law did not apply to Hillary, since she left office in 2012. But if it is discovered that any of the correspondence between Hillary and non-governmental addresses contained government business, then it would be appear she clearly did break the law. 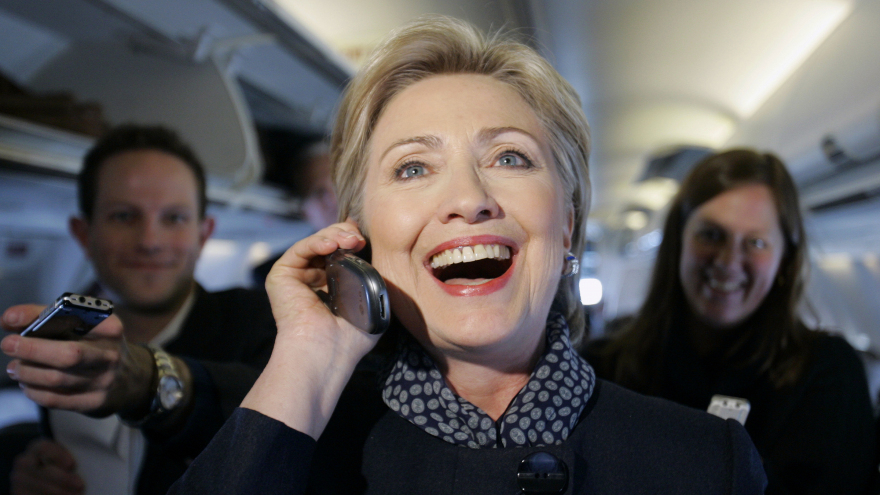 7. How many Cell phones did Hillary have?

Hillary claims to have used one device for all her correspondence.  Some have raised question about an interview that Hillary did several weeks ago in which she was asked whether she preferred iPhone or Blackberry and said she liked them both.  This does not prove, however, that she either owned or used both.

According to Judicial Watch Hillary's aides repeatedly begged the State Department for years to change it’s policy so that officials could use iPhones which it currently prohibits due to security concerns.  But that doesn't necessarily mean she used one.

Additionally, no pictures are available that show Hillary personally using any device other than a Blackberry. 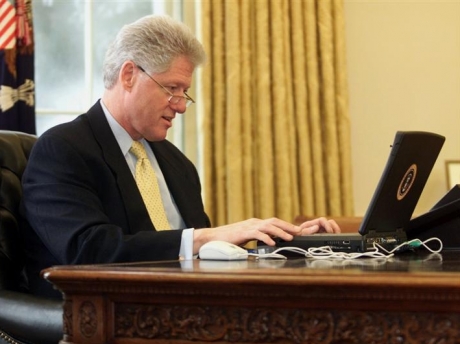 In her press conference, Hillary claimed that her private server "contains personal communications from my husband and me.”

Except, according to former President Clinton’s Press Secretary, Matt McKenna, Bill Clinton doesn't’ use email.  McKenna claims that Bill has only sent two emails in his entire life. This despite the fact that his Vice President, invented the Internet.

So somebody is appears to be lying here.  But with the Clintons, it’s sometimes impossible to to distinguish fact from fiction. 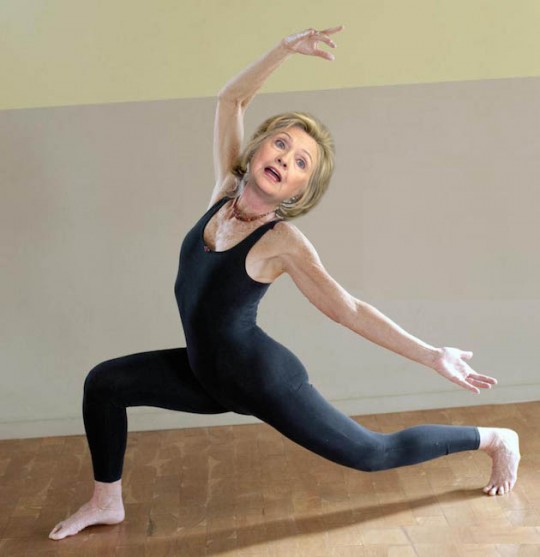