Even professional sports players like paying less in taxes, it seems.

A new study shows that of 123 National Hockey League (NHL) players who changed teams off-season, 57 percent chose teams in jurisdictions that tax at a lower rate.

NHL players pay high tax rates regardless of team, but the study conducted by Americans For Tax Reform (ATR) and the Canadian Taxpayers Federation (CTF) shows that it's better to play for some teams instead of others.

The 78 players who opted to join teams in areas with lower tax rates will pay a total of $7,951,784 less in taxes next year over their counterparts. 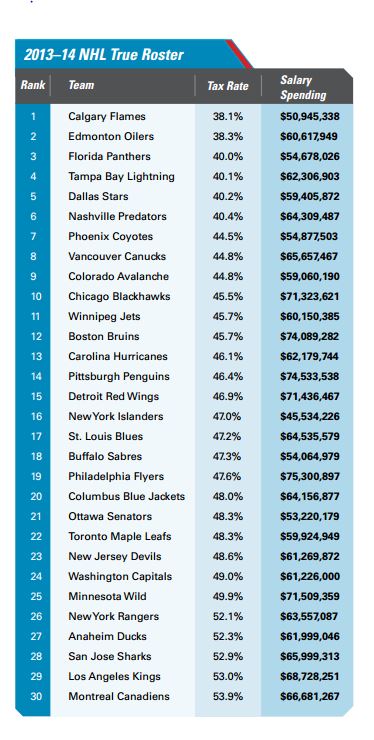 “Injuries can damage your favorite sports team. So can high taxes in your state or province."

Of the 30 professional hockey teams on the list, players for the Montreal Canadiens pay the highest tax rate in the NHL at a rate of 53.9 percent.

Two teams from Canada, the Calgary Flames and the Edmonton Oilers, paid the least in taxes out of all the teams.

Many teams in U.S. cities have an additional disadvantage, however, since some teams have to pay city tax on top of state and federal taxes. 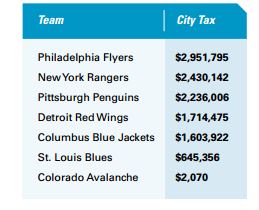 “The numbers don’t lie; NHL players take a financial hit to play in certain jurisdictions,” said paper author and CTF National Research Director Jeff Bowes. “Obviously, there are other factors at play besides taxes, but the fact remains that disparities in tax rates leave some teams at a major disadvantage.”