The letter cites a “substantial public interest” in the millions of dollars received and foreign business deals brokered while Hillary Clinton was U.S. Secretary of State:

“Recent media reports have revealed that the Foundation failed to report millions of dollars in grants from foreign governments that it accepted while Hillary Clinton was Secretary of State and that it facilitated transactions between foreign entities. As a result, given the substantial public interest involved, we feel a prompt review of the Foundation’s tax-exempt status is appropriate to determine whether it is acting within the scope of its charitable mission.”

The Clinton Foundation conducted private business under “the cloak of philanthropy,” the letter charges:

“Proceeding under the cloak of philanthropy, the Foundation appears to have facilitated major private business transactions between foreign entities and also failed to report substantial foreign donations during Secretary Clinton’s tenure at the State Department. These actions have created the appearance of impropriety and go behind the Foundation’s pledge to act primarily in the furtherance of charitable causes for which it was granted tax-exempt status.”

Rep. Blackburn says the letter was prompted by the “widely reported improprieties” of the Foundation:

“As I've traveled through my district and talked to constituents, many people have asked about the widely reported improprieties concerning the Clinton Foundation. That’s why I decided to send a letter to Commissioner Koskinen asking the IRS to conduct a review of the Clinton Foundation’s tax-exempt status.”

“Media reports containing specific allegations have cast a cloud over the Clinton Foundation and call into question whether it is acting within the scope of its charitable mission for which it was originally granted tax-exempt status.”

“In particular, the Clinton Foundation’s admitted failure to accurately report donations from foreign governments during Hillary Clinton’s tenure as Secretary of State is an issue of great public importance. President Obama himself recognized the potential for a conflict of interest to arise, which is why he had the Clinton Foundation sign an agreement outlining how foreign donations were to be handled.”

“We look forward to Commissioner Koskinen’s response.  The allegations swirling around the Foundation are very serious and should be thoroughly vetted.” 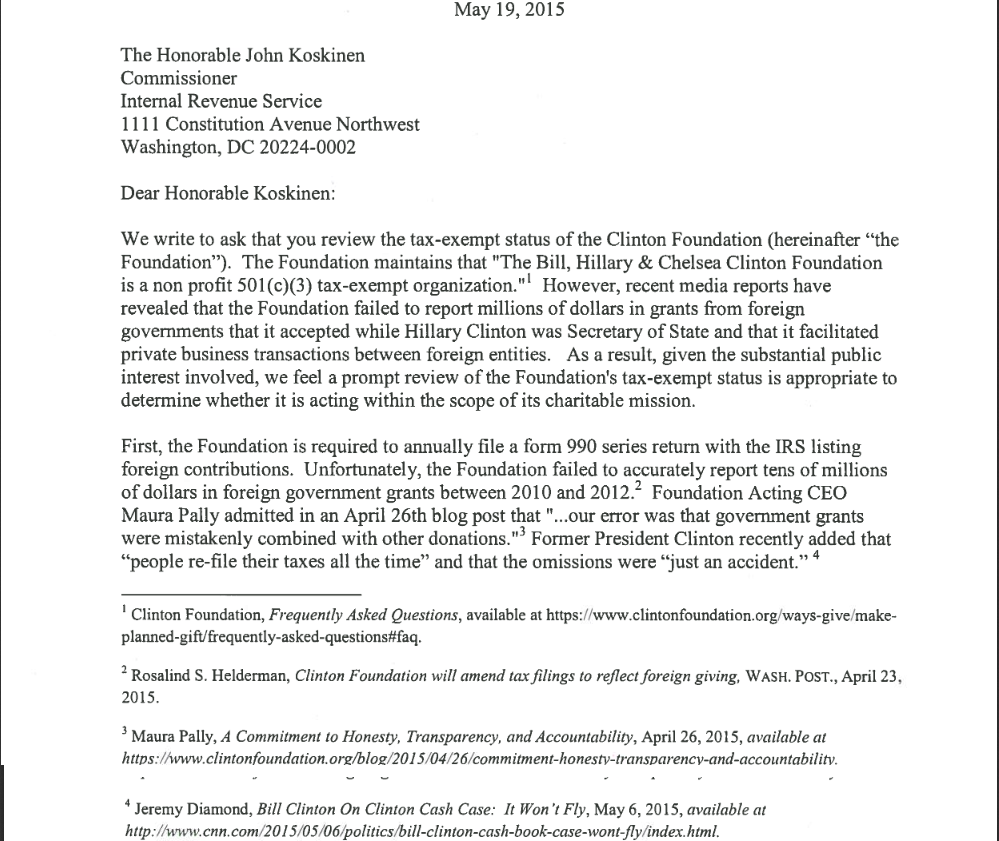 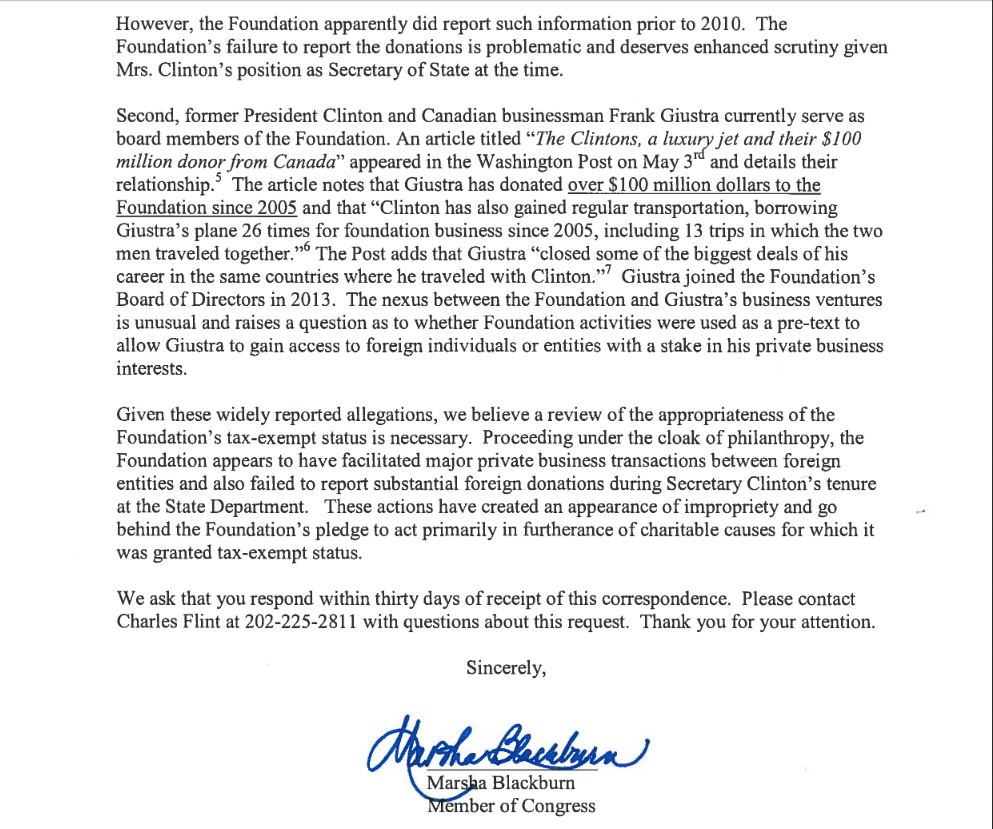