I realize it's been a couple weeks since I've done a "Dumb Tweets" blog, but I was on vacation.  Did you miss me?

Anyway, the stupid Tweets just kept piling up in my inbox. So, in order to make up for my absence I picked some extra dumb Tweets this week to help you deal with your withdrawal symptoms. And we begin with a real doozy. 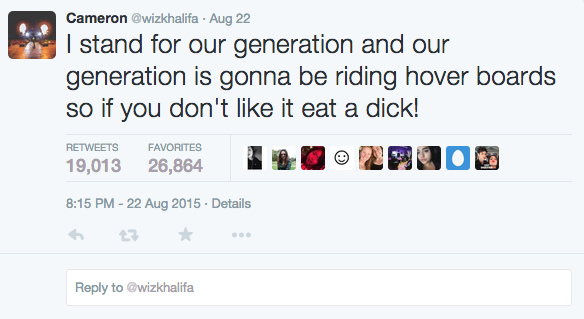 This clearly requires a bit of explanation.

Recently, Rapper Wiz Khalifa was detained at an airport in Los Angeles after trying to ride a "hover board" through customs. Obviously, he was very upset.

He decided to turn his righteous anger into a call to action for future generations of hover board enthusiasts who will not be denied their God-given right to ride their hover boards in airports without being hassled by "The Man."

Khalifa is well known for his fondness for smoking massive amounts of marijuana. (As if you hadn't already figured that part out.)

I think Khalifa is absolutely right.

Twenty years from now, our grandchildren will hold this Tweet in the same esteem as we currently hold the Declaration of Independence or the "I Have a Dream Speech."  Those who seek to stop them from riding their hover boards through high-security zones at our nation's airports will be met with sit-ins, drum circles and be encouraged to falate someone.

Thank you, Wiz Khalifa. Rosa Parks would be proud! #HoverboardLivesMatter 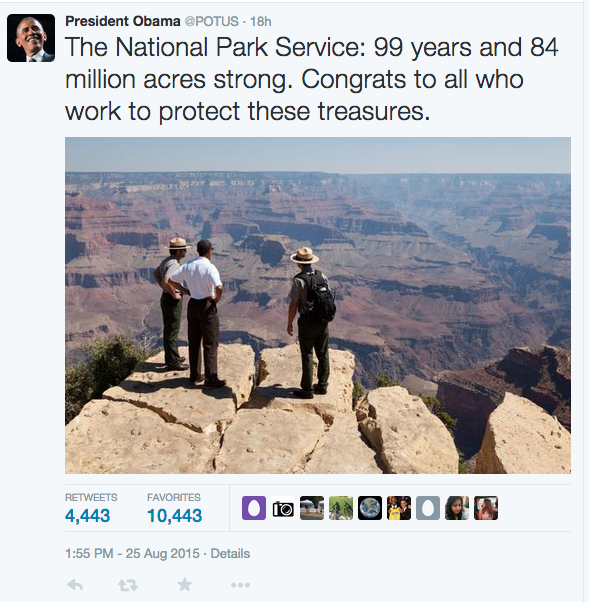 When you see a picture of the President with his back turned to the camera, there's no way you can tell what he's actually saying. Here's my guess:

"Gentleman, thanks to the Iran deal that I negotiated, this is exactly what Israel will look like a year from now." 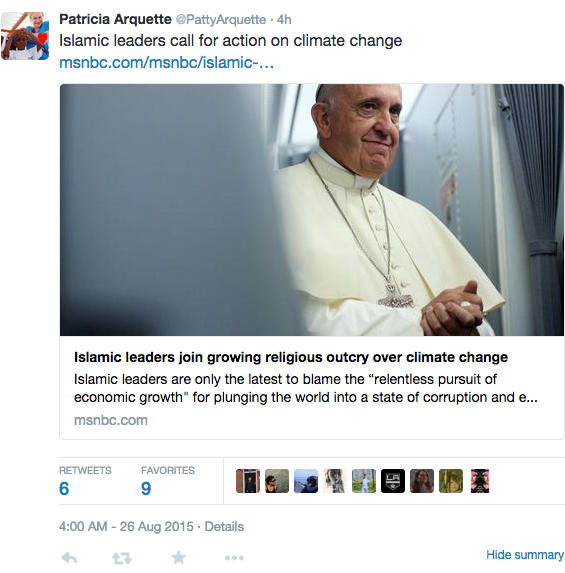 Wow!  It's nice to finally see Islamic leaders taking a tough stand against something that threatens the existence of humanity. It's good to have priorities.

Still, they must be relieved to know that most of the world will never have to deal with the results of climate change - since we will all be dead due to a refusal to condemn Islamic terror with the same sense of urgency.

Go to the next page to meet the dumbest member of Congress. 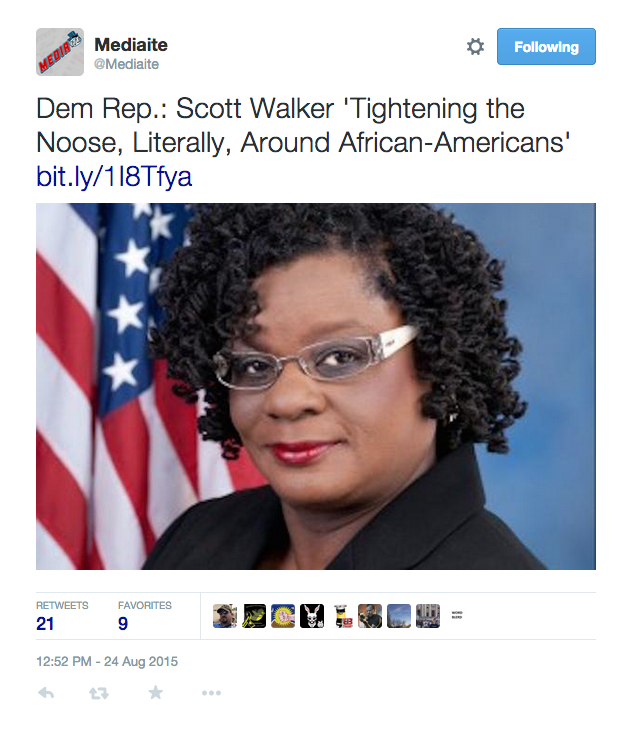 In fairness, Mediaite is not responsible for the idiocy here. Wisconsin Congresswoman Gwen Moore is the real star of this Tweet.

Apparently, Governor Scott Walker is LITERALLY traveling across the country with a noose and trying to kill black people. LITERALLY!

That doesn't strike me as a particularly good campaign strategy.  Then again, Gwen Moore's constituency keeps sending her back to Washington so they LITERALLY might be dumber than a box of hair. 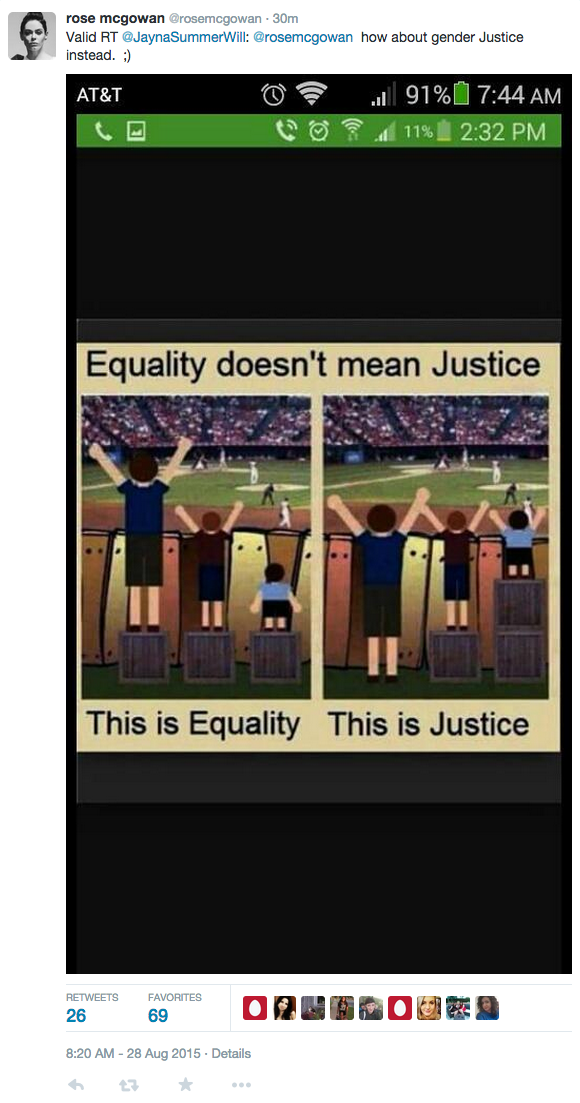 Great point, Rose.  But allow me to present you with an alternative way of looking at the issue. 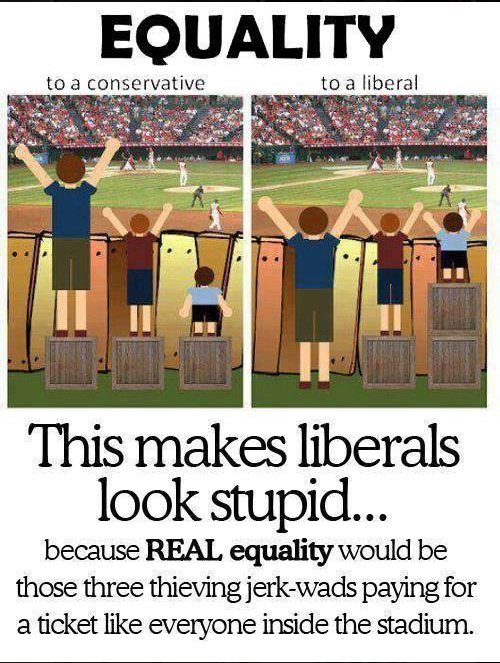 I'm sorry. That was mean. I have many liberal friends who I love dearly.  Sometimes, I just wish I could knock some sense into their heads.