POP QUIZ: If a train leaves Baltimore for Philadelphia traveling at 106 miles per hour and crashes killing 7 people, how long will it take for liberals to politicize the tragedy?

But, never let a good crisis go to waste, right? 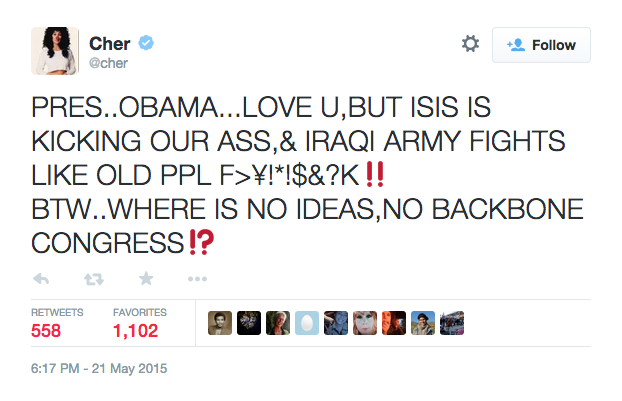 Fine.  So how much does slowing down cost?

And what's going on with Cher's Emojis? The train is already derailed.  There's no need to shoot at it.

It wasn't just Cher who took the opportunity to blame Republicans for what was clearly human error. 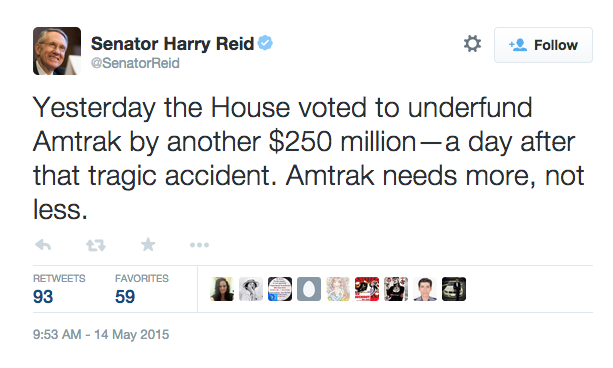 This is such a great example of how the left views government as being the solution for everything. It would be just as easy (and disingenuous) for conservatives to say that the train crashed because the government has too much control over Amtrak and ruins everything it touches.  After all, the system gets all of its funding from state and local governments.

We see this time and time again, be it in the case of Michael Brown, the Newtown massacre, even the financial crisis.  Whenever something terrible happens, the left weaves the narrative to fit their agenda regardless of the actual facts.  The really scary thing is that it works because the liberal media assists them in weaving that narrative.  MSNBC had guests on the air immediately following the crash who were bending over backwards to try and explain how $1.3 billion in taxpayer money simply isn't enough to keep a train from going 50 miles per hour over the speed limit.

Give me that money. I'll tie a wheelbarrow to the back of my car and take Reid and Cher to Philadelphia myself.

For shame, Harry Reid and Cher.  For Shame. 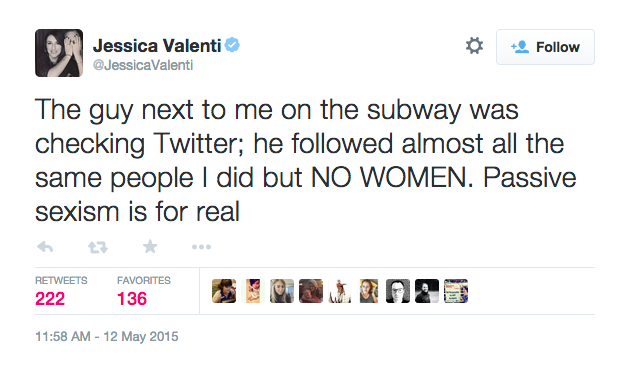 Feminist blogger Jessica Valenti was on a train, too.  But unlike Amtrak, her brain slowed down far below its average speed (Which is still very slow.)

First of all, stop being creepy and snooping on the poor guy's Twitter feed, Jessica!  Valenti is like that person who stands over your shoulder and gives you the answer to a crossword puzzle clue that you were trying to decipher.  Except, when Valenti does it, the answer is ALWAYS "sexism." What's a six-letter word describing everything men do?

Also, how was Valenti able to determine that this guy wasn't following any women?  Did she force the guy to hand her the phone so she could examine it for signs of Twitter gender inequality?

These days, everything is sexist or racist or both.  Most likely both.  But, I like to give the hardcore feminists a pass.  Why? 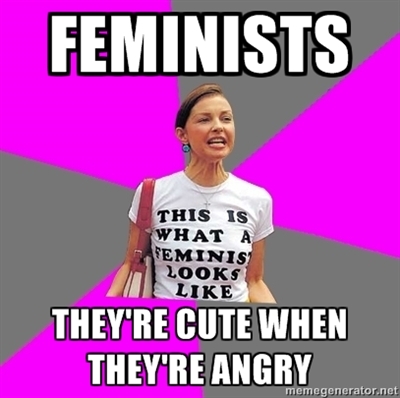 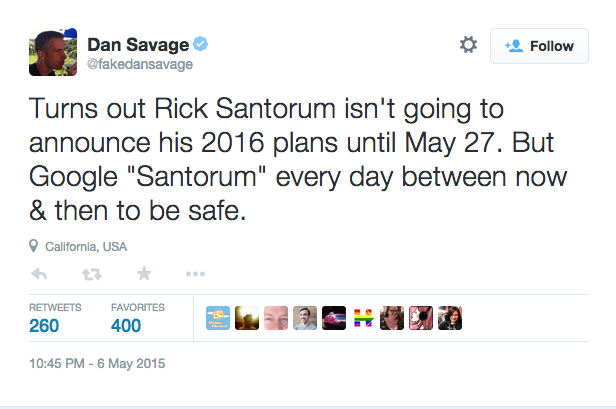 A few years back, gay rights activist Dan Savage held a contest to redefine Rick Santorum's last name.  The winning entry was something utterly vulgar.  He then started a campaign to get the new definition to the top of Google's results when someone searched for the word.

The campaign wasn't just a hateful act that exhibited the worst kind of personal intolerance for those who disagreed with Savage on political matters.  It was also a shot at the entire Santorum family and they will now have to live with the epithet for the rest of their lives.

Now, the unapologetic Savage is doing it again.

It would be interesting to see if someone could redefine Savage's last name - if it didn't already define him perfectly.

But, the great irony here is that Savage, the 400 fans who favorited this Tweet and many others who admire the man are the same people who constantly refer to those with religious beliefs that do not jibe with the gay agenda as "hateful."

In a sane world, every single one of the people who are guilty of endorsing this double-standard would lose all credibility when it comes to the agenda that they promote.  But, this is not a sane world and Dan Savage is getting his own TV show on ABC.

Recently, I asked some gay rights supporters about Savage and his long history of disgusting and hateful comments.  Here's what happened:

Hillary's coming up on the next page.  You're going to want to see this. 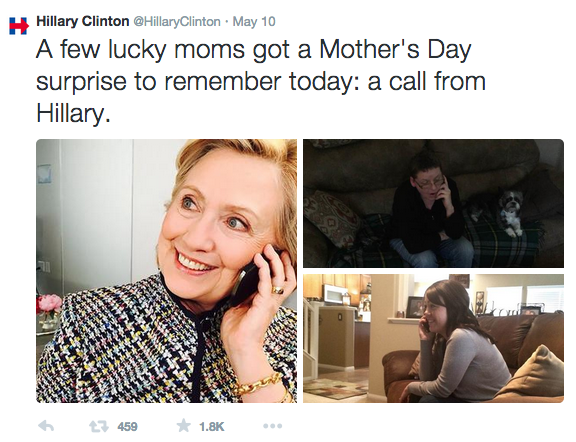 Clinton: Hello, this is Hillary Clinton.

Mom: OMG! The REAL Hillary Clinton?  This is the greatest moment of my life. But how did you get this number?

Clinton: This is Bill's phone - it's full of random women's phone numbers...oh wait...hold on a second, I'm getting another call.  Oh, Hi Vladimir!  You got that Uranium delivery?  That's great!  'Gotta go.
Hey, sorry about that.  So, how is your Mother's Day going?

Mom: Great! Although the camera crew that you sent to my house to film me talking to you on the phone is kind of creeping me out.

Clinton: Don't worry about him.  Just do what I do.  Smile and try to look like you care about people besides yourself.

Clinton: Have a great day! And remember: if I catch you near my husband I'll Vince Foster your ass!

Does anyone else feel like Obama has just stopped trying?

That's the answer to poverty!

Obama talks a lot.  He has a gift for giving long speeches and 15 minute answers to simple questions.

Obviously, the science is faulty.  If it were accurate, then America's kids would all be primed for success, because Obama never shuts up.

Sure!  For instance: There is a GAPING void in the space between Sarah Silverman's ears.