Greetings from the land of dumb tweets.

Let's face it. If you're a public figure, you're going to say something stupid every now and then. Typically these statements are off-the-cuff remarks where the person who makes the dumb statement immediately realizes the mistake in saying what he or she said.

But tweeting out something stupid means that you actually had the time to think about what you were about to say and it never even occurred to you that it was embarrassingly moronic. For example:

If there's one guy who should never have tweeted this out, it's this guy.

The "PP" that the former congressman was referring to was a hockey "power play." But given his past exploits - not to mention his unfortunate last name - he should have just spelled it out.

You have 140 characters to work with, buddy. USE THEM. Don't write tweets that are destined to give us nightmares for the rest of our lives. 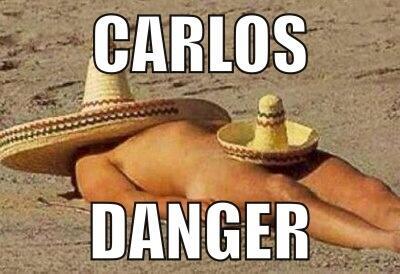 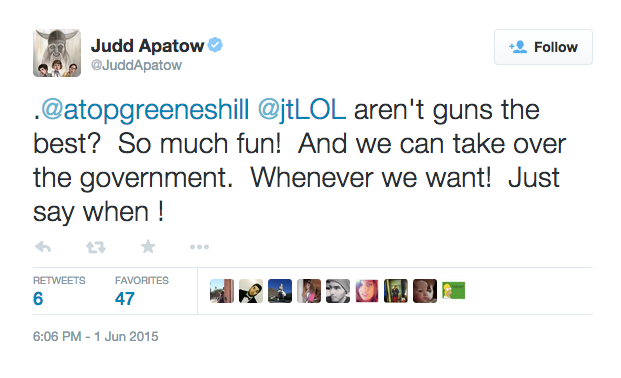 The thing is, I'm not sure if he actually knew that it was a straw man.

The liberal media has perpetrated the myth that the typical gun owner has a firearm so that they can protect themselves in case President Obama declares Marshall Law and sends Debbie Wasserman Schultz to everyone's house to collect their weapons. Now, there are a few nuts in radical militias who are of this mindset. But for the most part, the average American uses his or her Second Amendment rights to protect his or herself from people who wish to inflict physical harm.

Judd Apatow produced the epically bad, box-office disaster The Cable Guy, yet he's still allowed to make movies. Perhaps we should institute mandatory background checks for Hollywood elitists to ensure that Americans are not subjected to their crappy film offerings in the future. Michael Bay would be retired by now if this type of safeguard were in place.

Alas, Apatow's First Amendment rights allow him to say dumb stuff like this. It's a shame that he doesn't have a good understanding of the amendment that follows.

There's a Bruce Jenner joke in here somewhere, but I'm just going to let Dunham's latest brain fart speak for itself. But just in case you thought things couldn't get any more stupid, some political wisdom from Cher is coming up on the next page! 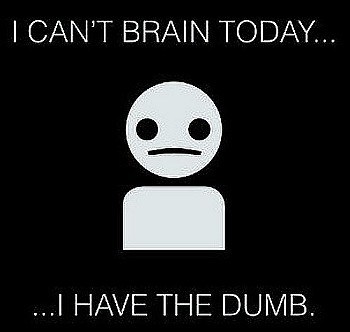 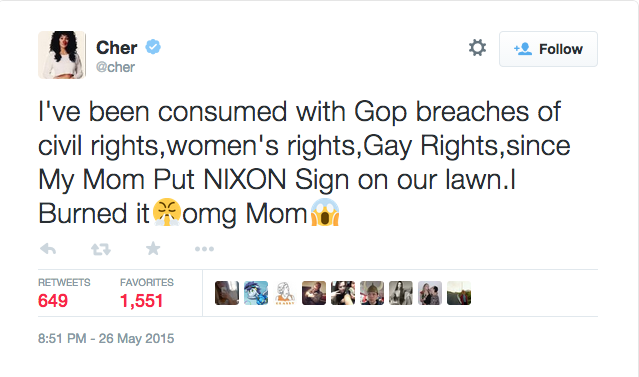 Cher has appeared on our "Dumbest Tweets" list more times than anyone else. Her mind is a spout from which political ignorance flows like boxed wine. And, BOY, does she hate Republicans. She hates them so much that it makes her burn things.

If I could go back in time, one of the things I would do - after stopping Judd Apatow from making The Cable Guy, of course - would be to visit Cher so I could see the look on her face when her ex-husband Sonny Bono was elected to Congress as a Republican.

Oh, boy! I bet she lit a lot of stuff on fire that day! 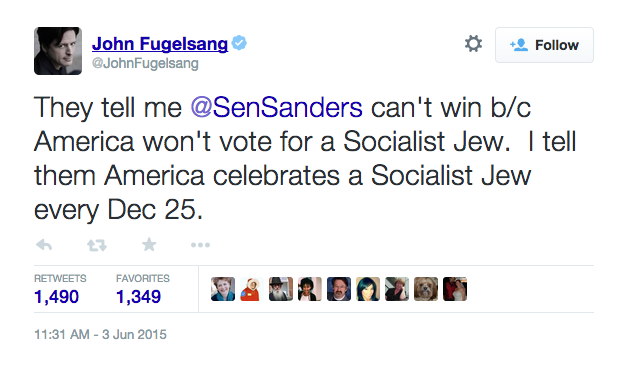 John Fugelsang is another Hollywood personality that loves to dip his foot into the shallow end of the liberal thought pool. Unlike Judd Apatow and Cher, however, a lot of people take his commentary seriously.

Over the years, he has pooped out multiple tweets asserting that Jesus was a socialist. It's kind of his thing.

Now, let's set aside the fact that Fugelsang actually compared Sen. Bernie Sanders (D-Cuba) to Jesus. Jesus talked about loving your neighbor and helping the poor through charity and good works. Sanders talks about helping the poor by eliminating various brands of deodorant.

But, the idea that Jesus had socialist views is absurd on its face. Countering the efforts of the Roman government was a fundamental part of Jesus' actions. He never advocated raising taxes. He did not insist that his apostles pay union dues.

I can't imagine that Jesus and his followers had a great deal of faith in the efficiency of government bureaucracy when the government decided to murder him. Killing political dissidents is an activity that's far more associated with socialist behavior than anything Jesus ever did or said.

So no, Bernie Sanders and Jesus have very little in common. Fugelsang, however, has a lot in common with Sanders.

For instance, they are both deluded - Sanders in his staunch belief that his economic ideas could work and Fugelsang in his thinking that Sanders could actually win the presidency.

I'm pretty sure that even Bernie knows that's not going to happen. 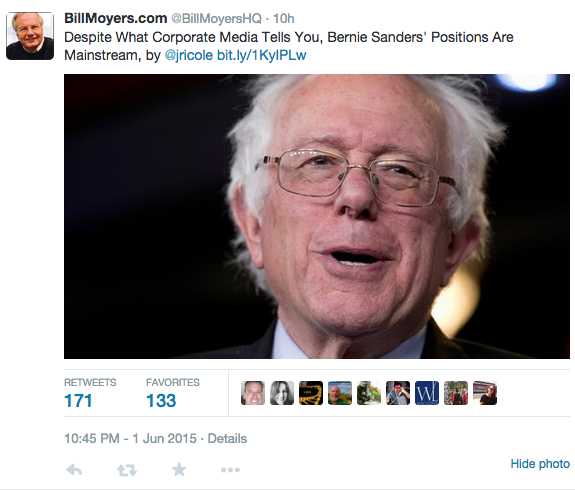 Yup!  The corporate media has it out for Bernie Sanders and is intentionally making him look like a liberal lunatic in order to discredit him. BUT, in reality, the American people are completely on board with his plans for a 90% top tax rate and taxpayer funded college for everyone.

Of course, Moyers made a name for himself working for PBS. So, the stalwarts of government media understand that Sanders is a true centrist, while the 70% of the country that would never even consider voting for him simply doesn't understand what a middle of the road politician he is.

I would stay that this tweet, while dumb, is incredibly revealing.

Tune in next week for more!