Did you watch the Democratic Debate? Yes? I'm sorry.

The consensus on the left was that Hillary put forward a "brilliant" performance and solidified her position as the Democratic front runner. Of course, that's not too hard when you're debating a guy who looks like a mad scientist and three other candidates that hardly anyone has ever heard of. I'm sure Hillary backers were all relieved that Lincoln Chafee didn't steal the show. It's hard to go up against a guy with that much natural charisma.  But, somehow, Hillary managed.

Her husband was certainly impressed. 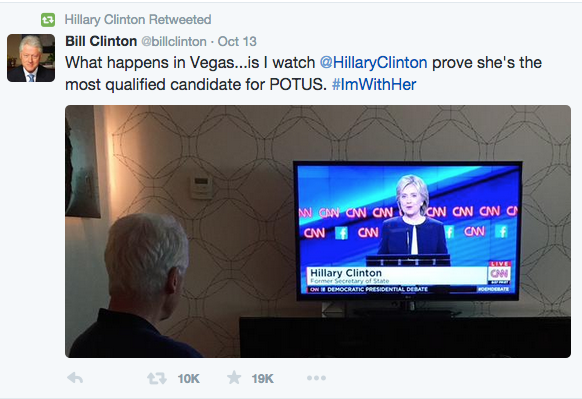 The jokes write themselves here.

Whose bright idea was it to leave Bill Clinton all alone in a Vegas hotel room? You can't see his face in this picture, but I'm sure he was pretty grumpy that he was stuck watching a boring debate and had to forgo the invite he got from Lamar Odom, earlier that evening. Poor guy. 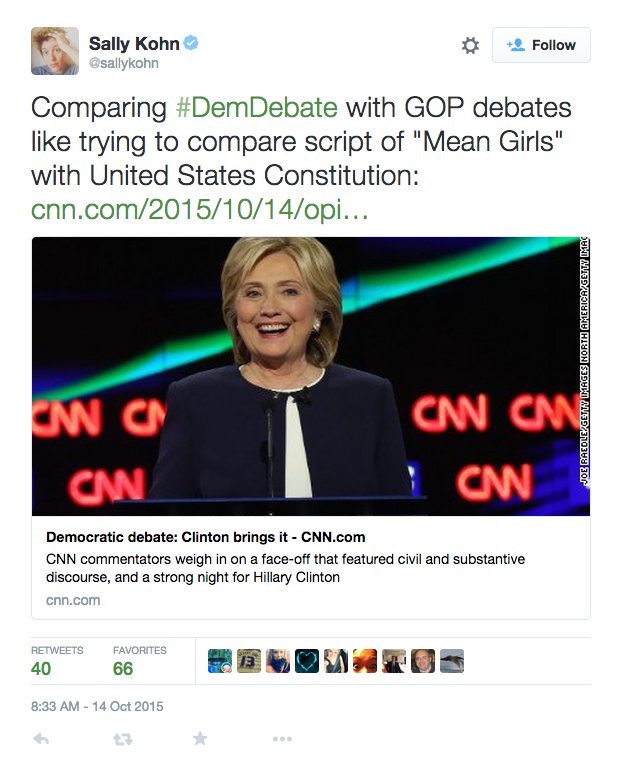 So which is which? Which party represents the Mean Girls script and which party represents the Constitution in this scenario? Based on the way the Tweet is composed, Kohn actually thinks it's the GOP debates that are more comparable to the Constitution. I don't think that was what she was going for. But this is Sally Kohn we're talking about here.

What I heard on Tuesday night was a group of candidates who railed against the First Amendment (Overturning Citizens United). The Second Amendment (Proposing a slew of new anti-gun measures). And absolutely destroyed the Eighth Amendment, since having to sit through the entire debate could have easily been considered a form of cruel and usual punishment.

If the Democratic Primary field was a high school, Martin O'Malley would be the jock. Bernie Sanders would be the cool chemistry teacher that occasionally has jam sessions with his students and secretly smokes pot. Jim Webb would be the principal and Lincoln Chafee would be the kid who still has to use safety scissors.

Hillary? Well, Hillary would be the girl. The only girl in an all boy's school. So, she would be popular in the sense that there are really no other choices. Unless, of course, the cafeteria lady was kind of a babe. 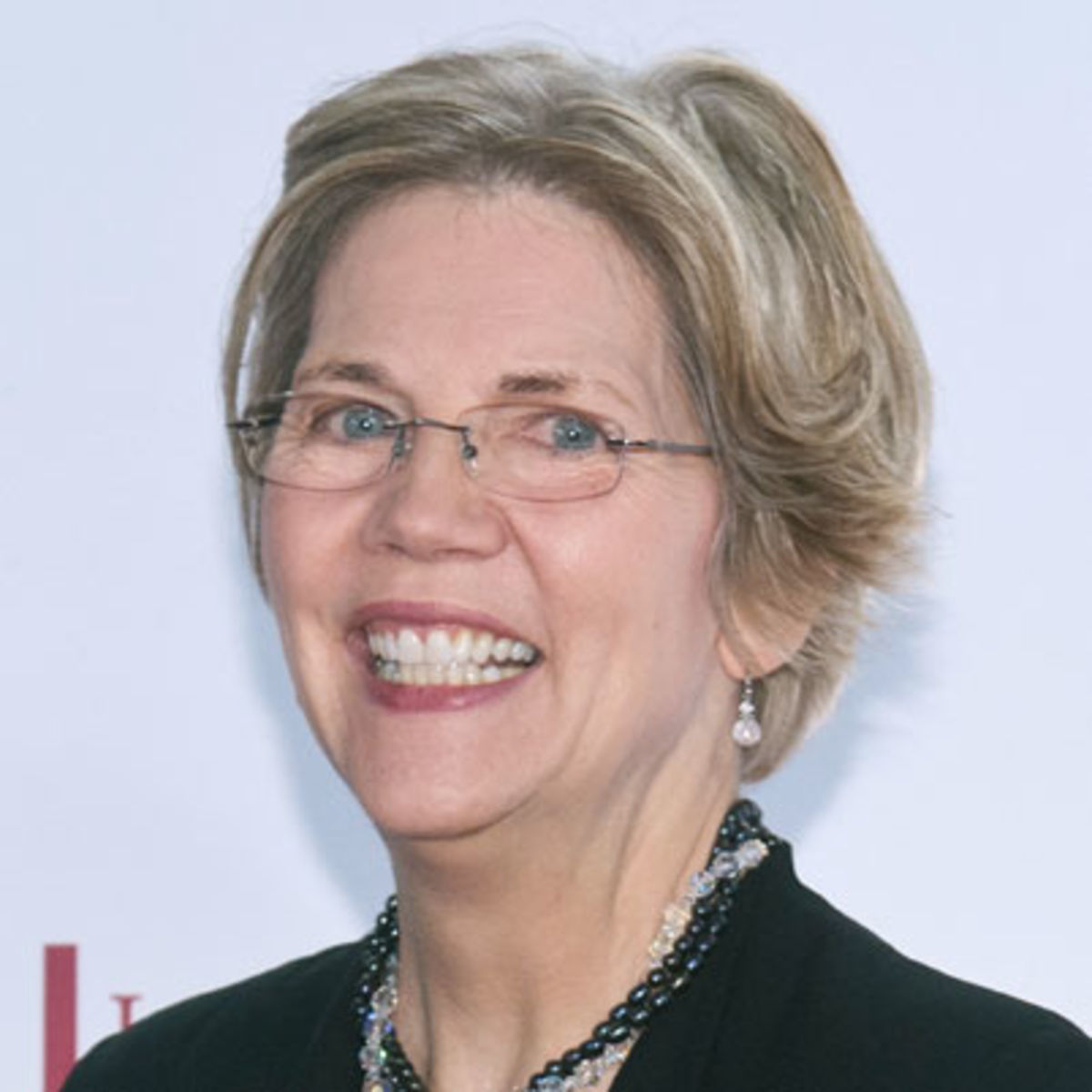 On the next page we'll meet the GOP candidate who terrifies liberal pundits and small children alike. 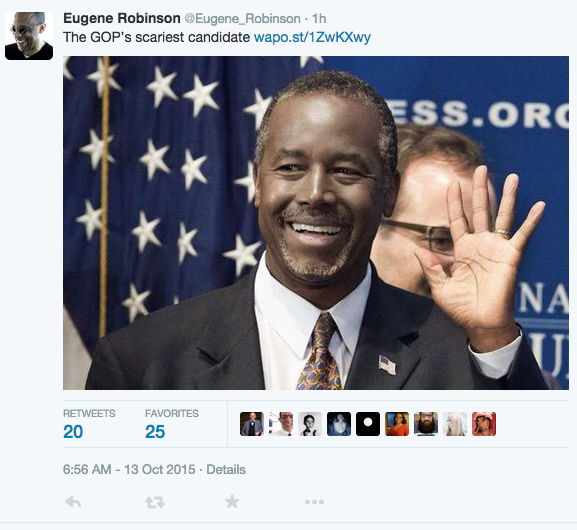 You may not agree with his politics, but I'm pretty sure Ben Carson may be the least terrifying human being alive.

A soft spoken, vegetarian doctor who has saved countless lives. The biggest threat that Carson poses to voters is that his dulcet speaking style may put people to sleep while they're operating heavy machinery.

But scary? I'm guessing that the Ben Carson Halloween costumes aren't flying off the shelves these days. 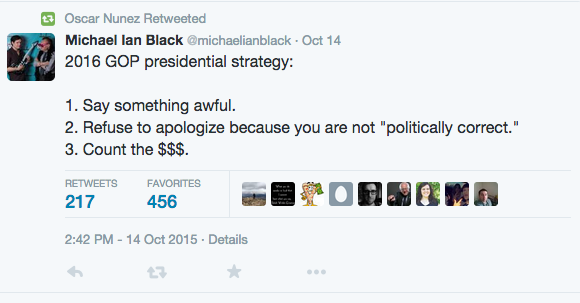 If this is the GOP "strategy" then perhaps Michael Ian Black should jump into the race. He might do pretty well.

The nomination is yours, Mr. Black!

Nunez knows what it's like not to be needed. He played the least interesting character on "The Office." Without him, the show would have been just as funny. Perhaps, more funny. But, if the GOP isn't needed, then what are we left with? Just the Democratic Party.

A one-party system. Seems like a great idea! It worked well for the Soviet Union. 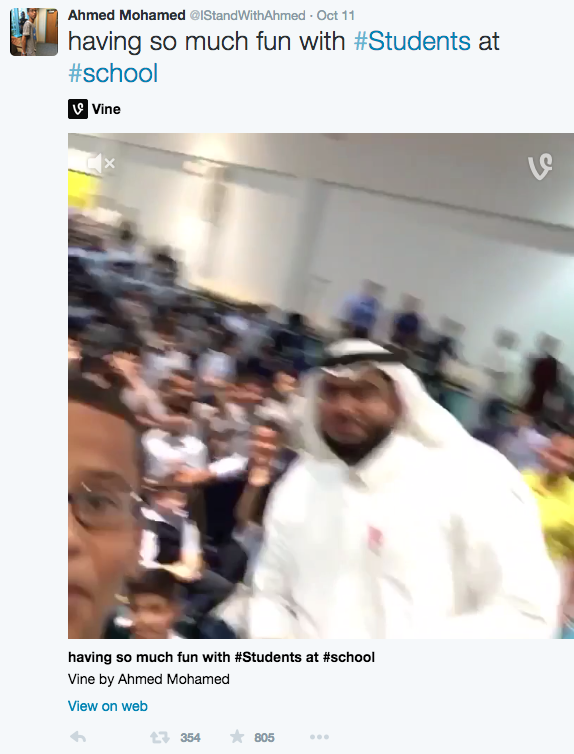 Watch out Ahmed. The guy behind you looks like he wants to tell you what time it is.