This week, between celebrities giving their expert opinions on the Charlie Hebdo tragedy and whining about the Oscar nominations being racist there was quite a bit to choose from in the area of moronic Tweets.  But we managed to narrow it down to five.  However it's likely that you already saw our first tweet on social media because it was almost too stupid to miss. 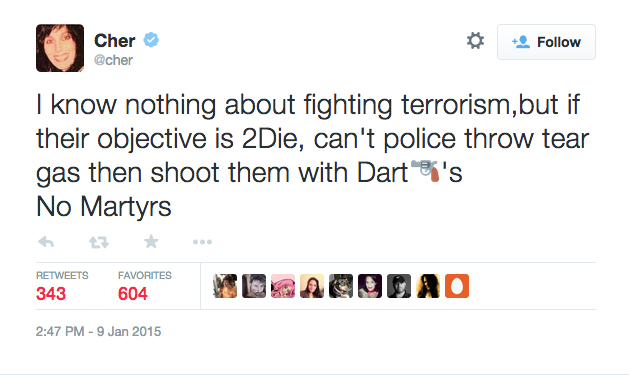 Cher should have just stopped at the part where she admitted that she knew "nothing about fighting terrorism," just like she should have stopped making music 30 years ago.  This tweet is stupid on it's own, but it's extra dumb when you take into account that the Charlie Hebdo terrorists TRIED TO ESCAPE!! They didn't want to die for some reason.  I have a theory as to why Jihadists sometimes wish to avoid Martyrdom. 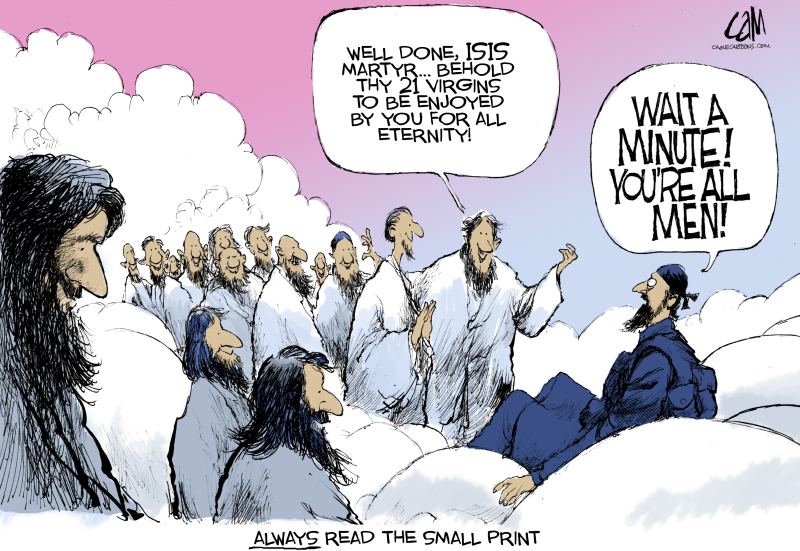 Speaking of singers who should have thrown in the towel--or in this case, covered herself in one--a long time ago, Madonna tried to get all philosophical on the matter of religious intolerance following the terrorist attack in Paris. The message that she's trying to convey isn't so bad here. What makes this Tweet so insanely stupid, is the hashtag at the end.  As it turns out, "Rebel Heart"  is the name of Madonna's upcoming album.

So, basically, Madonna decided to use the tragedy in Paris, not only to give us a lesson in theology but also to advertise her new album. Classy, huh?

Maybe Cher and Madonna should get together to form an anti-terrorism task force of some kind.  Cher can fire tear gas at the Jihadists and Madonna can loudly play her new album for them.  Ironically, that sounds a lot like the stuff that liberals got upset with the Bush Administration for doing at Gitmo

Slate is a far-left website whose writers have been among the leaders of promoting the idea that the United States fosters a "Rape Culture."  According to Slate, rape is happening all the time, to everyone.  But when the Comedy Central show Broad City had a female character rape one of the show's male characters while he was asleep, they thought it was freaking hysterical!

Rape is rape.  But apparently, according to Slate, when a woman rapes a dude it's no longer "rape" but comedy gold.  Turn the tables and make it a man raping a sleeping woman and the show goes from being a comedy to an episode of Law & Order.  So, if you're a guy and you're raped in your sleep, shake it off.  I'm not even entirely sure how a woman would go about having sex with a man who is passed out.  I was always under the impression that most men's bodies have a way of "shutting that whole thing down."--If you catch my drift. 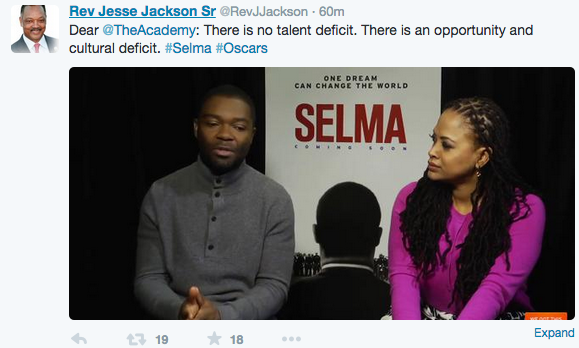 When the Oscar nominations were released on Thursday, Jesse Jackson immediately concluded that the reason that the film "Selma" was snubbed in several categories was......wait for it......RACISM!  I know, it's so unlike Jesse to just blame things on racism without having any evidence to suggest it was a factor.  Perhaps Jackson missed the Oscars last year when the exceptional film, "Twelve Years a Slave" won three Oscars including Best Picture and Best Supporting Actress and was nominated for six more.

Even though it was nominated for Best Picture, the fact that it was not nominated for more awards had liberals in a tizzy and within a few minutes the hashtag #OscarsSoWhite was trending.  Imagine how upset these people are going to be when they find out that Billy Dee Williams wasn't asked to be in the new Star Wars film.

Jackson's the worst kind of racial hustler and most Americans realize this.  But remember, this is Hollywood we're talking about here.  When members of the Academy vote, I would not be surprised if many of them cast their ballot for Selma simply to prove to Jesse Jackson and others like him that they are not racist.  Sound crazy?  It happened at the presidential level in 2008, why not in this case?

Danny DeVito is famous on Twitter for posting pictures of his feet, accompanied by the hashtag #TrollFoot.  But every once in a  while he gets political and he comes out with a bold and eloquently stated tweet like this one.  It's actually hard to argue with his assertion that "Stuff going on."  Indeed it is, Mr. DeVito.  Pretty much all the time.  But at least there's not so much stuff going on that you don't have time to take pictures of your disgusting feet and post them on the internet every week. 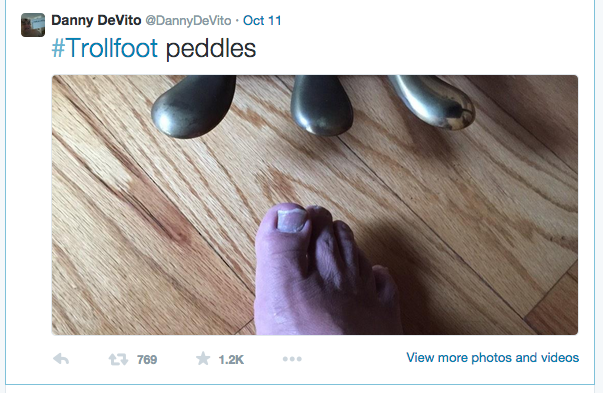 And on that nauseating note, we conclude our list of the weeks dumbest tweets authored by liberal celebrities.

I apologize if you were eating.