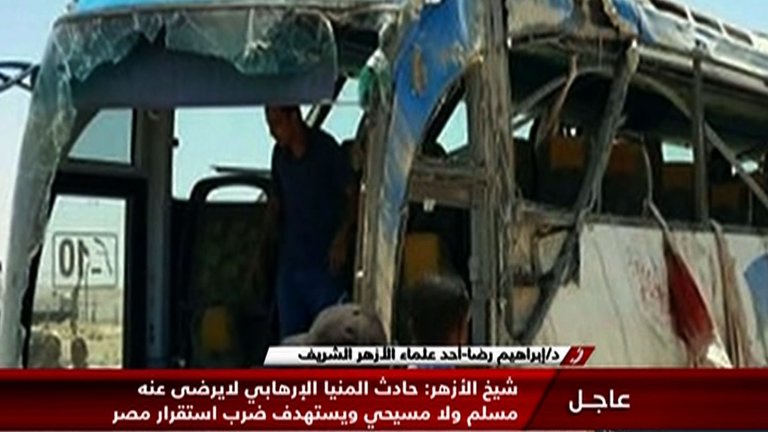 The genocide against Christians continues unabated in the Middle East, as at least 26 Coptic Christians are dead and another 23 were wounded in an attack on two buses in Egypt Friday morning.

According to the BBC, the buses, along with a small work truck, were travelling to the Monastery of St Samuel the Confessor in Minya, a town just south of Cairo, when they were assailed by gunmen. Many of the dead are said to be children.

As of now, no one has claimed responsibility for the attack. However, this latest incident is very reminiscent of attacks by ISIS against Coptic Christians throughout the region in recent months. Just recently, ISIS-inspired suicide bombers killed a collective 49 people in two separate attacks on Coptic Christian churches on April 9, while worshippers were celebrating Palm Sunday.

Before that, another bomber took out another 25 people who were worshipping at a Coptic cathedral on Dec. 11.

Christians aboard the buses that were attacked on Friday were reportedly traveling to the monastery to pray. The small convoy had stopped briefly on the side of the road when between eight and 10 gunmen in military gear rolled up and opened fire with automatic weapons before fleeing the scene, the BBC reported.

As of now, no one has been arrested for the attack.

An eye-witness said the gunmen boarded the bus and simply began shooting people point-blank, according to the New York Times.

“The gunmen got on the bus and they shot people point-blank,” Bishop Makarios said. He described frantic scenes at the three Minya hospitals where the wounded were treated, and where hundreds of people sought news of missing relatives.

“Everyone is trying to identify the dead and wounded,” he said. “There is no time for anger yet.”

A bishop with knowledge of the attack said the gunmen had been lying in wait by the road, which is a well-known avenue between a local highway and the monastery.

The BBC notes that Coptic Christians make up about 10 percent of the Egyptian population, and is the primary Christian sect in the region.