149 Unaccompanied Kids Were Caught at the U.S. Border Per Day in August 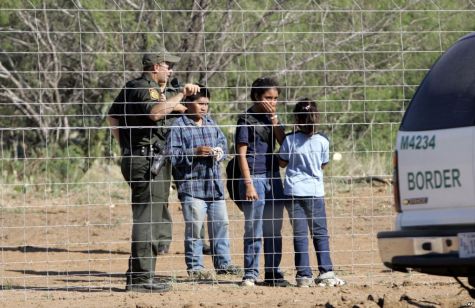 The latest numbers from U.S. Customs and Border Protection (CBP) are in, proving our borders are secure by explaining that about 9,800 children and family units were caught crossing the U.S. border per day in August.

Broken down by category, CBP data shows 149 illegal alien children (UACs) were caught crossing the U.S.-Mexico border per day in August for a grand monthly total of 4,632 kids.

The new numbers make August the month with the highest per-day apprehension numbers so far in FY2015. The monthly totals have been ticking up every month since June, when 127 UACs were caught crossing the border per day. In July, the daily total was about 135 children.

According to Customs and Border Patrol, 35,494 UACs (now just called UCs by the feds, because the term “alien” is apparently offensive) have streamed into the U.S. illegally since the start of FY2015 on Oct. 1. That total has grown by about 12,600 kids between June and August alone.

August also saw a pretty hefty increase in the number of family units apprehended at the border. According to the data, 5,158 family units were caught crossing into the United States illegally in the month of August, an increase of about 600 family units from the July total.