13 Powerful Cartoons Drawn In Response To The #CharlieHebdo Terror Attack 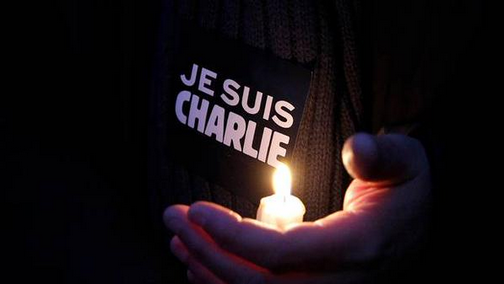 While jihadists and ISIS sympathizers celebrated the terrorist attack on Twitter with the hashtags “Paris is burning” and “France under fire,” others raised their pencils to send a powerful message.

I am devastated by what just happened in France. #CharlieHebdo pic.twitter.com/IxEbScqYFh

Can't sleep tonight, thoughts with my French cartooning colleagues, their families and loved ones #CharlieHebdo pic.twitter.com/LqIMRCHPgK

“The world has become so serious that humor is a risky profession.”

A death stupid and mean…

“Died for the freedom of expression.”

This is what freedom of speech and freedom of expression look like at their finest.