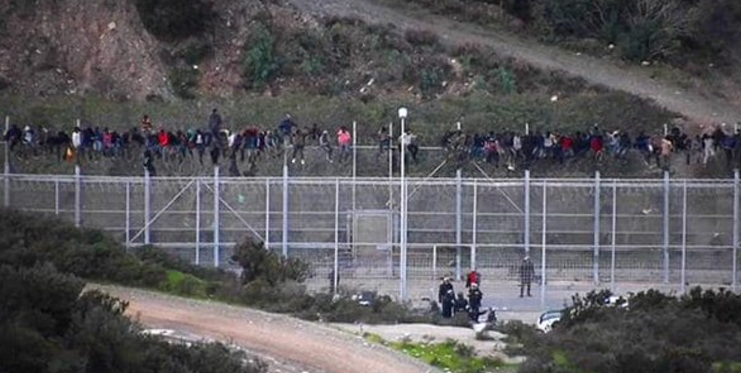 The migrants attempting to enter Spain’s North African enclave of Ceuta demonstrated “extreme violence,” throwing stones and sticks at officers as well as using spears and pointy objects to make their way through, according to Ceuta’s Civil Guard Command.

Only around 300 migrants managed to reach the border fence, where they were stopped by agents of the Civil Guard.

The incident comes just one day after nearly 300 African migrants rushed a border gate from Morocco into Ceuta and 187 made it through, leaving at least four migrants injured and a police officer with a broken leg.

It's unclear why the migrants Tuesday morning brandished weapons to cross the border, as the hundreds of migrants on Monday morning only rushed the Ceuta border gate in their bid to reach Europe.

“Many migrants try to enter Spain as a means of reaching other parts of Europe,” Reuters reports. “Arrivals through Ceuta and Melilla, as well as the number of migrants attempting to cross into Spain by sea from North Africa has risen this year, although the route between Libya and Italy remains the most popular.

“The Red Cross said last week it had attended 7,400 migrants crossing into mainland Spain and Ceuta and Melilla so far this year, up from 3,600 in the same period a year ago.”