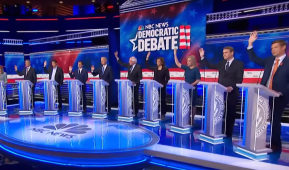 A CNN poll has bad news for Democrats who plan to allow illegal immigrants to get health insurance under their government-run healthcare system. 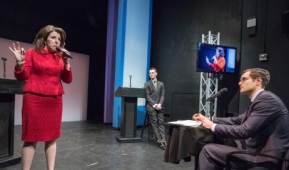 0
Researchers Gender-Swapped the Trump/Clinton Debates, and Ended Up With Surprising Results
Zach Montanaro 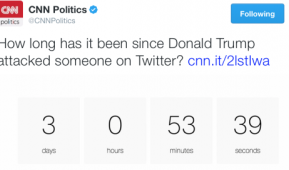 CNN has apparently decided that there just isn’t enough evidence that they and other media organizations are actively working to diminish President Trump, so they have helpfully provided more evidence for us.

On Monday, CNN released an article titled “How Long Has It Been Since Donald Trump Attacked Someone On Twitter?” a day after the President received very high praise for his Joint Address to Congress. If that wasn’t enough, the article comes complete with clock counting just how much time has passed since Sunday afternoon.

Yes, that’s right, a live clock actually counting the time since the President of the United States last said something they deem 'mean' on Twitter.

How long has it been since Donald Trump attacked someone on Twitter? https://t.co/JlBPkp4s1h pic.twitter.com/cJ0MDOMWqd

The article itself even admits that Trump won praise for his “measured” speech, highlighting how Trump himself said that “the time for trivial matters has passed.” 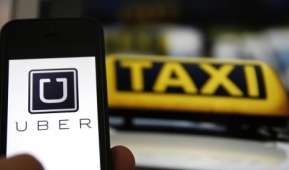 When New York taxi drivers refused to pick up passengers at JFK International Airport for an hour in protest of President Trump’s recent executive order, Uber continued to run and even dropped their surge pricing at the airport.

This made liberals furious.

The hashtag #DeleteUber soon started to trend on Saturday after Uber tweeted that it had removed the surge pricing about half an hour after the protests had started. Angry critics started accusing Uber of everything from trying to profit off the protests, to trying to break up the protests altogether.

Surge pricing has been turned off at #JFK Airport. This may result in longer wait times. Please be patient.

For those who don’t know, surge pricing is something that Uber and other services like it use to incentivize their drivers to go into areas where there is high demand by customers. The slightly higher prices mean more money for the drivers. Since areas like airports are often in higher demand for services like Uber, surge pricing helps to make sure that there are plenty of drivers there to meet that demand.

This means that by turning off the surge prices at JFK Airport, riders could get a cheaper ride than normal, but also that there could be less drivers willing to be there. At least, that’s all in theory. 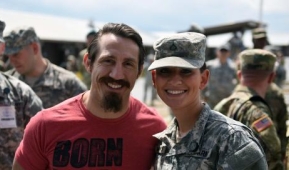 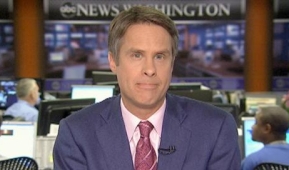 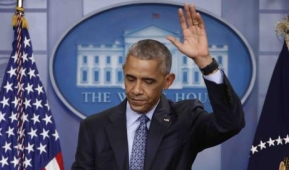 0
Obama: 'It Is Appropriate for Trump to Go Forward With His Vision'
Zach Montanaro In his final press conference as president, Barack Obama reiterated to the press that he has spoken extensively with President-elect Trump, and that he felt it would be appropriate for the soon-to-be president to go forward with the vision he wants.

“My working assumption is that, having won an election opposed to a number of my initiatives and certain aspects of my vision for where the country needs to go, it is appropriate for him to go forward with his vision and his values,” Obama said.

While Obama didn’t expect any kind of “enormous overlap” between their two visions, he did say that Trump might come to some of the same conclusions that he himself came to once his successor takes office, using job creation and healthcare as an example. Trump and his advisors have spoken recently about a goal to make sure that health care is available for everyone.

Obama also said in the press conference that he has spoken with Trump since their first meeting together in November. While he didn’t go into details, Obama said these talks were always “cordial” and “substantive,” and that he’s always offered his best advice. Trump himself said that he looked forward to receiving Obama’s counsel when they meet after the election.

Obama was asked about a number of different topics during the final press conference of his presidency, ranging from Russia, to the recently commuted Chelsea Manning, to voter fraud (which he referred to as “fake news”). He also was asked if he had any advice for the incoming president, to which Obama responded by saying that the job isn’t something that one person can do alone. 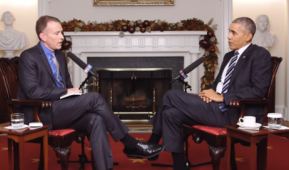 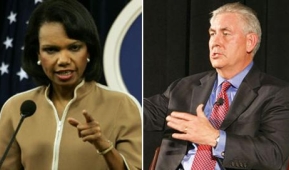 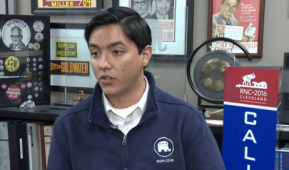