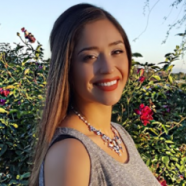 Monica is MRCTV’s assistant editor and West Coast correspondent. Prior to working at MRCTV, Monica worked for CNS News and The Heritage Foundation, operating primarily in digital media and video production. Earnest Offers DoD ‘Maps’ as Evidence of Progress Against ISIS
Monica Sanchez
When asked to provide concrete evidence that the U.S. campaign against ISIS has been effective in degrading the terrorist organization, White House Press Secretary Josh Earnest responded that the Department of Defense has “maps.” Krauthammer: White House in Disarray
Monica Sanchez
In light of domestic scandal involving our nation's leadership and the chaos taking place abroad, one could tangibly feel American confidence in the government plummeting.  Last night on Fox News, syndicated columnist Charles Krauthammer discusses this "sense in the country" that our leadership is falling apart, which he argued is a direct consequence of a "crisis of competence" in the White… DoD Secretary Declares Media 'Needlessly Shrill' and Expectations 'Inappropriately High'
Monica Sanchez
During today's Department of Defense briefing, Pentagon press secretary John Kirby expressed his frustration with the American media regarding its recent coverage of U.S. military airstrikes on Iraq and Syria.According to Kirby, media coverage has been out of bounds, focused primarily on civilian casualties as a direct consequence of the airstrikes and how ISIL continues to grab ground despite… Mom- Episode Two
Monica Sanchez
Showing a lighter side to teen pregnancy, Mom shows again how "like mother like daughter" can be taken way too far. Mom Pilot Episode
Monica Sanchez
Main character Christy (Anna Faris) tells her emotional story of the reasons behind her journey to get sober and sets up the plot basis for the show Mom, a new CBS series airing Mondays at 9:30/8:30 central.