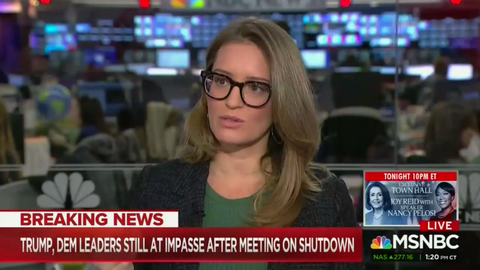 On Friday’s broadcast of MSNBC Live with Katy Tur, Associated Press White House reporter Jonathan Lemire claimed that the sizeable migrant caravan that set out from Honduras in October 2018 never arrived at the U.S.-Mexico border. Lemire’s statement contradicted literally every mainstream press organization’s reporting about the caravan, which was widely documented as having reached America’s southern border shortly after the 2018 midterm elections. 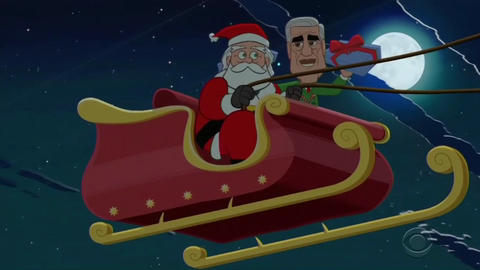 On CBS’s Thursday night broadcast of The Late Show, host Stephen Colbert aired a cartoon Christmas special in which Donald Trump, ICE agents, and a pro-Confederate criminal Santa team up to steal presents from all the world’s small children and enslave the North Pole’s elves to build a wall on America’s southern border. At the end of the day, Kris Kringle (as the real Santa Claus) and Robert Mueller are forced to team up to save Christmas by putting Trump in jail after finding proof of Russian collusion. 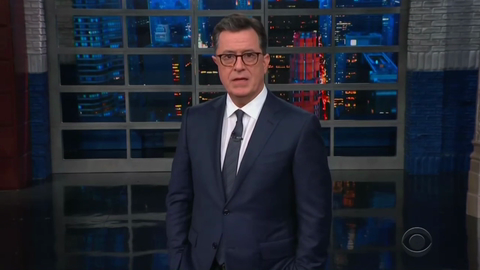 On CBS’s Tuesday night broadcast of The Late Show, host Stephen Colbert riffed at length about the continuing downfall of his former boss and alleged sexual predator Les Moonves, who stepped down as the CEO of CBS in September after accusations of rampant sexual assault and harassment from several past female colleagues emerged against him. But ultimately, in spite of the seriousness of the charges against Moonves, Colbert concluded that the disgraced former chief executive would still be a better President of the United States than Donald Trump. 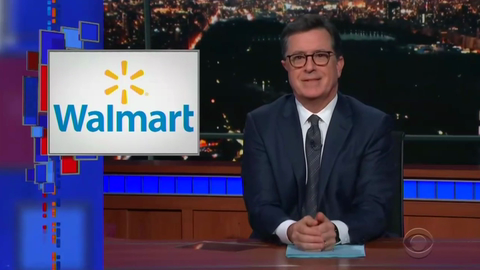 On CBS’s Tuesday night broadcast of The Late Show, host Stephen Colbert dedicated a short segment of his “Meanwhile…” bit to making fun of a man who accidentally shot himself in the groin inside an Arizona Walmart store. Momentarily striking a more serious tone, however, Colbert also said that the incident was “further proof that all of our gun laws are too lax” and ridiculed the NRA for its well-known stance that individual people are responsible for shootings, not their guns. 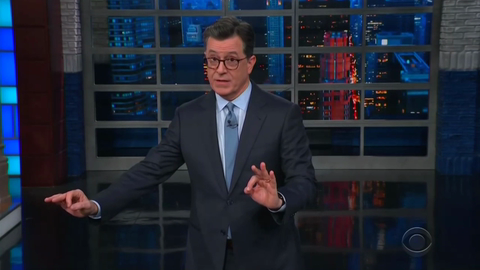 On CBS’s Wednesday night broadcast of The Late Show, host Stephen Colbert used the news about Paul Manafort’s developing legal troubles and possible connections to Wikileaks to joke that President Trump is a cannibal who eats “human flesh,” but only when it is “very well done with some ketchup.” 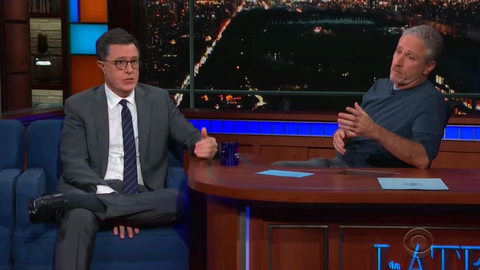 On CBS’s Tuesday night broadcast of The Late Show With Stephen Colbert, former Daily Show host Jon Stewart used his award-winning comedic wit to riff at length about how Donald Trump’s presidency is a “giant turd asteroid” that Stewart is glad to have avoided covering. 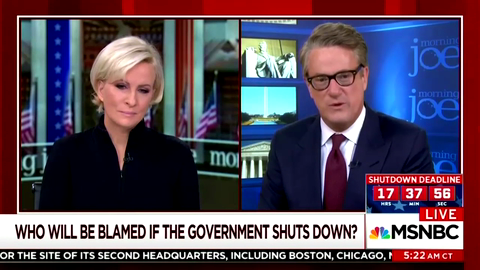 As the countdown towards a possible government shutdown began on Friday, Morning Joe’s pundits were already obsessed by the question of who would be to blame. Co-host Joe Scarborough was particularly set on holding both President Trump and congressional Republicans responsible for any failure to reach a deal on continuing to fund the government beyond midnight. 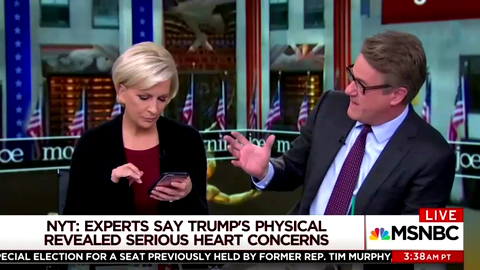 On Thursday’s Morning Joe, co-host Joe Scarborough doubled down on his promotion of the “girther” conspiracy theory by repeatedly attacking the character and integrity of Rear Admiral Ronny Jackson, the official Physician to the President. Drawing his points in large part from a Washington Post column written by Dana Milbank, Scarborough unleashed his contempt at Jackson for giving Trump a clean bill of health. Joe labeled the doctor a “shameful” man who “sounded like a sycophant” and used “the words of a political hack.” While this was happening, co-host Mika Brzezinski chimed in occasionally to wonder about whether or not Jackson was lying about his medical report, at one point stating: “It doesn’t sound like he wrote it.” 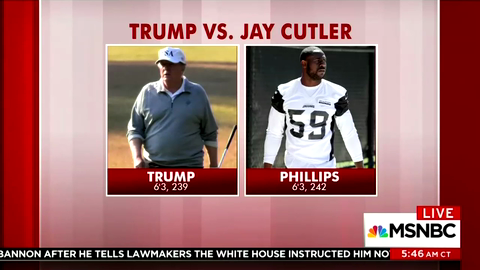 On Wednesday’s Morning Joe, co-hosts Joe Scarborough and Mika Brzezinski sunk to a new low by promoting an Internet conspiracy theory claiming that White House physician Ronny Jackson lied to reporters on Tuesday when he announced the results of Trump’s physical exam. Specifically, the “girthers,” as they reportedly call themselves, do not believe that Trump weighs only 239 pounds. For his part, Scarborough questioned not only Jackson’s report of Trump’s weight, but also the doctor’s finding that the President is in good mental health. 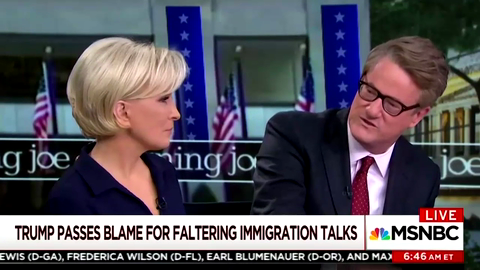 On Tuesday’s Morning Joe, co-host Joe Scarborough made three separate impassioned pleas to Democrats to use Trump’s “shithole countries” comments as a pretext to seize the moral and political high ground and demand passage of a clean DACA bill. In demanding amnesty for Obama’s “dreamers,” Scarborough called on Democrats to vote for shutting down the government instead of giving any concessions to conservative Republicans regarding immigration reform or a border wall.