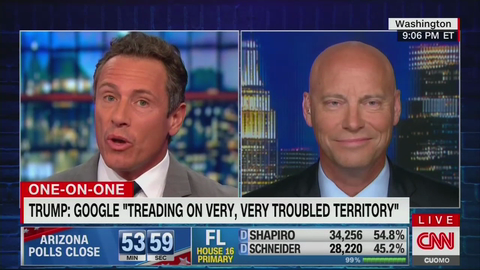 Former White House Legislative Affairs Director Marc Short appeared on Cuomo Prime Time on Tuesday. He brought the case for scrutiny into social media and other web companies based on recent evidence that they are collectively censoring conservatives. 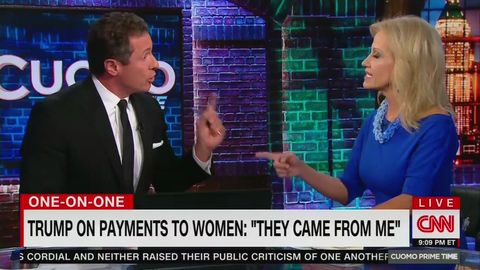 Typically when a news host invites a guest on for an interview they ask a series of questions and allow the guest to elaborate. That wasn’t the case on Thursday when CNN host Chris Cuomo had on President Trump’s Counselor, Kellyanne Conway. Cuomo took up 51 percent of the interview for himself. 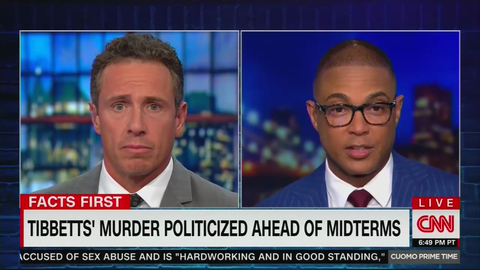 CNN Only Politicizes Tragedies That Work for Them
asears

On Wednesday evening, CNN’s Chris Cuomo dedicated part of his show to discuss Mollie Tibbetts. Tibbetts was a young college student at the University of Iowa who was allegedly murdered by an illegal immigrant. Her death has been politicized by both sides in the fight over immigration policy. 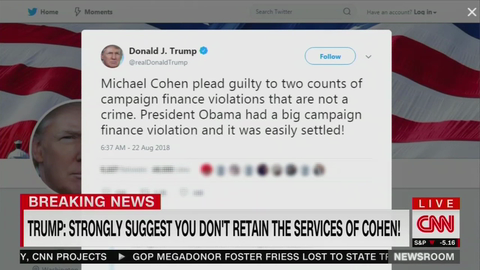 During Poppy Harlow’s Wednesday show, CNN Newsroom, the anchor took the time to fact check some of President Trump’s tweets from that morning. However, Harlow stopped the buck halfway on one of the tweets, choosing to ignore a valid comparison to Barack Obama’s 2008 campaign. 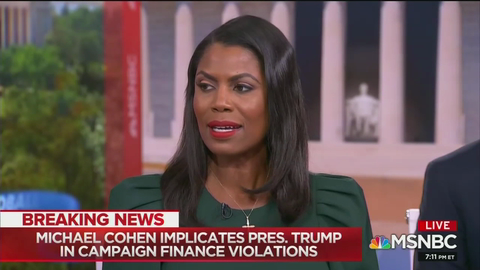 On Tuesday evening and following a whirlwind of a news day, Omarosa dropped a massive nothingburger while appearing on MSNBC’s Hardball. Host Chris Matthews peppered her with questions, in an attempt to have her get to the bottom of whether or not Trump is guilty in the eyes of the liberal media. Spoiler alert: he is. 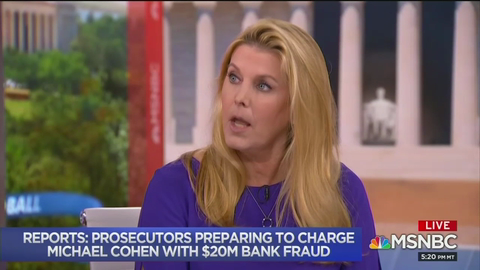 On Monday’s edition of Hardball with Chris Matthew, former federal prosecutor Cynthia Alksne joined a discussion on the legal cases surrounding President Trump. Among the cases discussed were those concerning former Trump Campaign chairman Paul Manafort and former Trump lawyer Michael Cohen. Alksne had specific advice for Cohen, saying that “he can give the prosecutor something on Trump’s kids.” 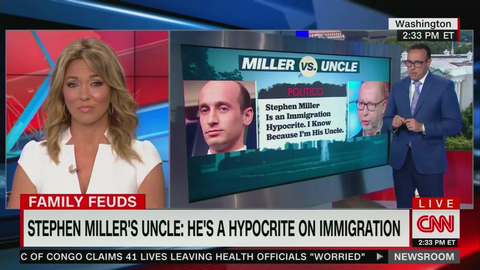 On Tuesday, CNN aired a segment taking a look into administration officials and even Republican members of Congress who have relatives that appear to disagree with their work. CNN’s White House Correspondent Chris Cillizza joined host Brooke Baldwin to give a rundown of the spats. 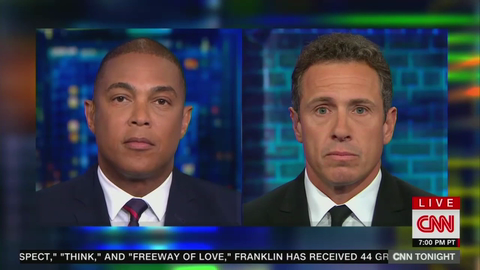 On Sunday, Washington, D.C. was all but shut down as roughly 25 white supremacists emerged from whatever crevasses they hide in, and marched to Lafayette Park on the anniversary of last year’s deadly rally in Charlottesville. They were dwarfed by hundreds of counter-protesters, violent agitators, and members of the press. CNN hosts Chris Cuomo and Don Lemon had much to say on the matter. 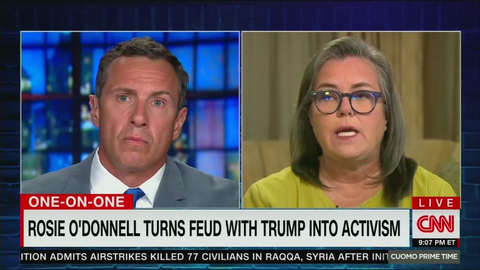 On Monday night, radical left-wing activist and 9/11 Truther, Rosie O’Donnell, joined host Chris Cuomo for an interview on CNN. The eight-minute Rosie rant covered a broad array of topics such as President Trump, the Trump Presidency, and also the Trump Administration. 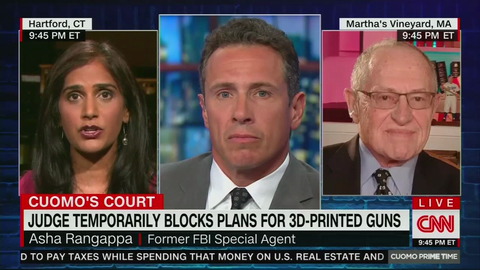 3D printable guns are the catalyst for the next 9/11, or so says CNN Legal & National Security Analyst, Asha Rangappa. In the most recent bout of hysteria surrounding blueprints for the weapons being available to the public, liberals are doubling down any way they can.